At age 40, the ice sledge hockey player is eager to prove he still has what it takes to win his first Paralympic medal at Sochi 2014. 09 Feb 2014
Imagen 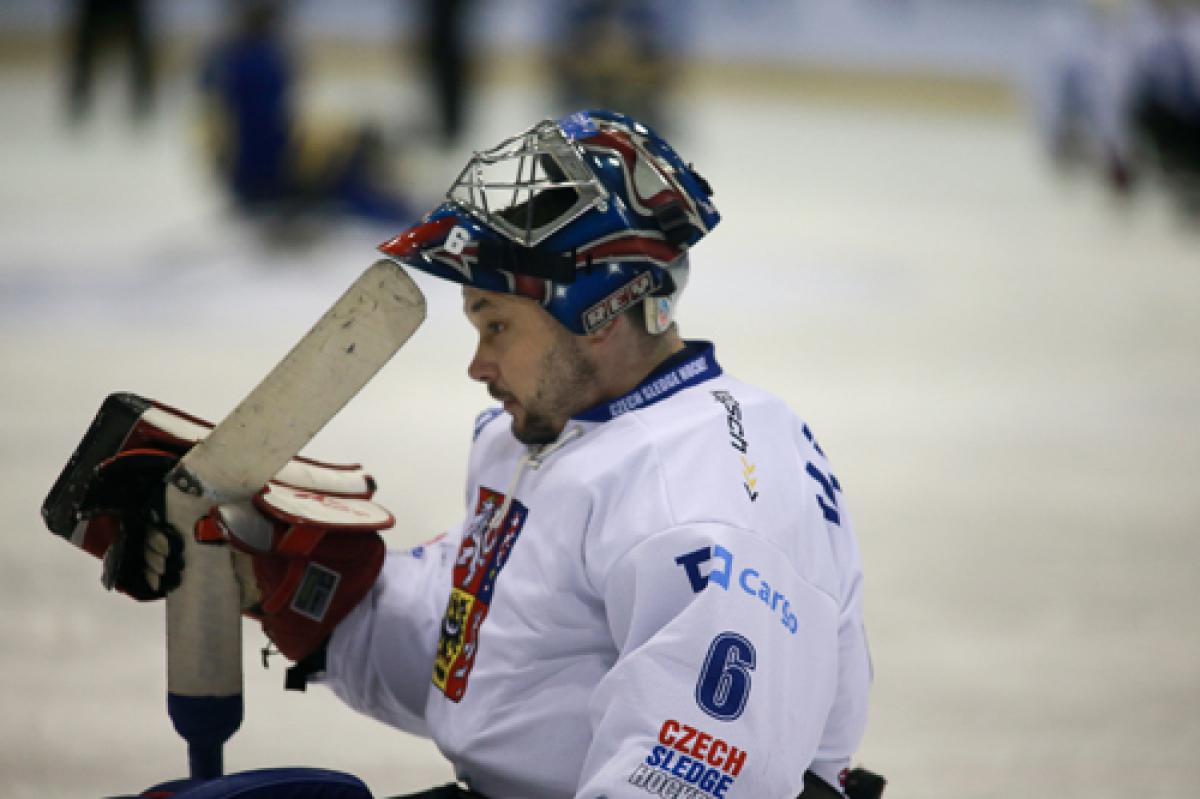 The Czech Republic have yet to win a Paralympic or World Championship A-Pool medal, and their fate in Sochi could depend a lot on Vapenka’s play in the net.

Where does the Czech Republic’s Michal Vapenka stand compared to the rest of the ice sledge hockey goaltenders entering the Sochi 2014 Paralympic Winter Games?

Well, it depends on how you interpret that question.

Physically, Vapenka towers over the rest of them as one of the sport’s tallest and most intimidating players in the world.

But on the ice, it is more of a toss-up depending on the time and place.

Vapenka can, at times, be considered among one of the best goaltenders in the game alongside the USA’s Steve Cash and Russia’s Mikhail Ivanov. Other times, his skills can be a bit more subdued, as young rising forwards try to put the puck past him.

“There are many high-quality goalkeepers all around the world, and it’s not my task to judge if I am the best,” Vapenka said. “I just try to help my team to be the best possible.”

Sochi 2014 will be the second Paralympics for the veteran, who is now 40 and has two sons. His 10th year on the Czech national team, he said, could certainly be his last.

Several of Vapenka’s opponents have said they are eager to see whether he is past his prime when the fourth-seeded Czechs play in Group A in Sochi, along with No. 1 Canada, No. 5 Norway and No. 8 Sweden.

At the 2013 IPC Ice Sledge Hockey World Championships A-Pool, the Czech Republic just missed out on the medals, finishing fourth. Vapenka was sixth among goaltenders with a save percentage of 83.08 and recorded 54 saves.

However, unlike many other teams, the Czechs hardly swapped their netminders in that tournament. Vapenka recorded 210 minutes on the ice in five games, only second to Norway’s Kristian Buen, who played 256 minutes – the extra time due to an overtime period and shoot-out.

The Czech Republic have yet to win a Paralympic or World Championship A-Pool medal, and their fate in Sochi could depend a lot on Vapenka’s play in the net.

Between the posts, Vapenka said he likes to play with a clear mind, not thinking about anything other than where the puck is at, even when it is on the other side of the ice.

Vapenka calls second-year head coach Jiri Briza his “close friend,” and appreciates him for his “human approach” toward perfecting the Czechs’ game.

A lot of question marks hinge around the aging Czech team heading into Sochi, but if Vapenka is on his game, the question of a medal could certainly be answered.