Inspired by his lucky pants and new daughter, Whitehead wants to say thank you for London 2012 support 20 Apr 2013
Imagen 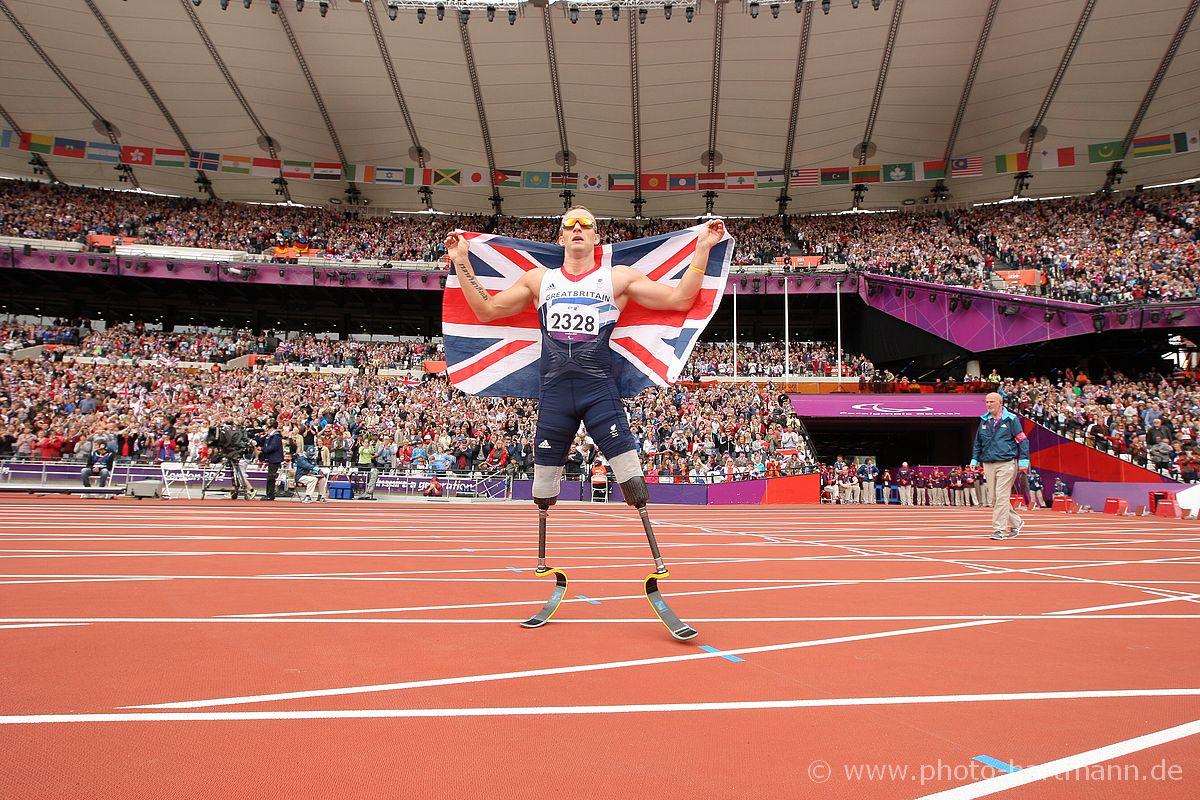 “I’m racing on Sunday not only because I love the distance but also to give a bit back to London and say thank you for the tremendous support I received from the public in the Paralympics."

For thousands of runners at this year’sVirgin London Marathon, an uninterrupted, seamless build-up is essential to their hopes and dreams over the 26 miles through the capital.

Paralympian Richard Whitehead has had anything but.

Whitehead – better known as the Paralympic T42 champion over 200m – became a father 11 weeks ago and is putting his sleepless nights to one side for Sunday’s race.

He said: “My daughter Zarah is already a big inspiration to me and my partner has been so supportive to help me with my training for London.”

The Nottingham-born Paralympian features in a new set of races established for disability athletes - the IPC Athletics Marathon World Cup. The event includes races for visually impaired athletes as well as those with limb impairments, and was included in the London Marathon programme this year in a bid to raise opportunities - and standards - for athletes ahead of the IPC Athletics World Championships in four years’ time.

But for Whitehead, Sunday’s race is as much about reaching out to his supporters.

“I’m racing on Sunday not only because I love the distance but also to give a bit back to London and say thank you for the tremendous support I received from the public in the Paralympics,” he said.

It’s not been a simple transition from sprint events to the Marathon for the 36 year-old. His coach, Olympic marathon runner Liz Yelling, has been busy preparing a tailor-made schedule to enable her pupil to make a successful transition to 26 miles after last summer’s sprinting exertions on the track.

Whitehead said: “I’ve had to do specific training for the marathon – you can’t just go from track athletics to running 26.2 miles. Liz has manufactured a programme that’s relevant to the circumstances of competition and the London race is a chance for me to compete and participate – not necessarily to break records.”

The London 2012 gold medallist is a firm believer in the power of the marathon and insists it’s more than just a race.

“It’s really important because you can have such a really large impact on your local community. It’s a great opportunity to spread the message of disability and Paralympic sport and it gives me the opportunity to say that sport is about choices and if you want to accept those kind of challenges, then the world is your oyster.”

Whitehead is the sole athlete in his classification. But that’s of no consequence to the man himself.

“As an athlete you just think of yourself. Look at the wheelchair event as a whole – it didn’t start with the sort of field we have for Sunday. Hopefully in 10 to 15 years’ time there will be 20 to 40 T42s competing. And for me, to be the figurehead of that in my home country is really important as well”, he said.

Whitehead already has a personal advantage on the start line on Sunday – his lucky pants.

“I wore them when I won the 200m at the Paralympics – it’s about confidence so I’ll continue to wear them. I do wash them after each event though!