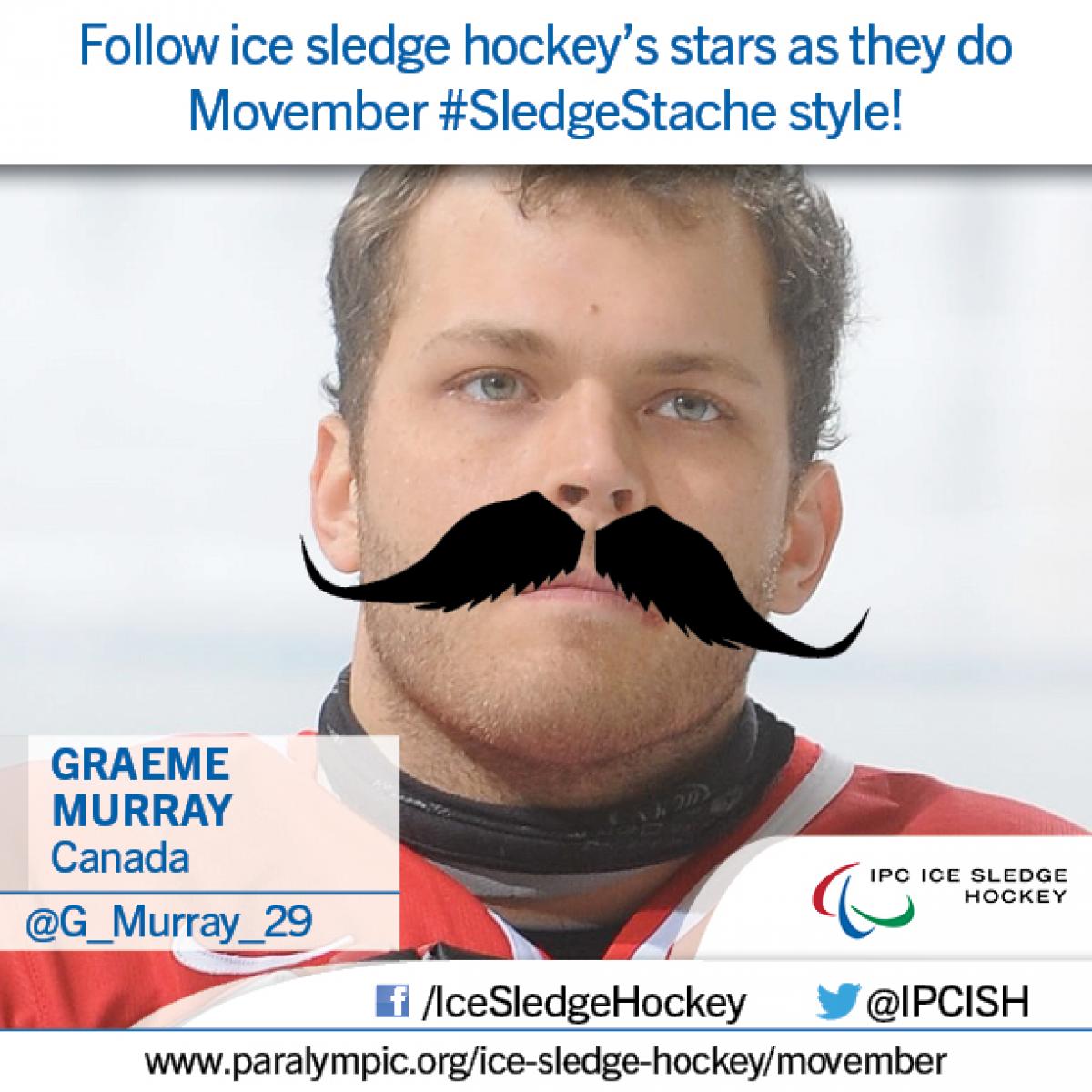 For the final 10 days of the month, fans around the world will have the chance to vote on Paralympic.org for which player has grown the best #SledgeStache.

IPC Ice Sledge Hockey's Movember campaign includes five Sochi 2014 Paralympic hopefuls who will grow moustaches during the 30 days of November to raise awareness for both men’s health issues and the sport of ice sledge hockey.

Each player will begin the month clean shaven and will grow a #SledgeStache to prompt conversations everywhere and draw attention to the importance of men’s health and the significance of sport in maintaining a healthy lifestyle.

For the final 10 days of the month, fans around the world will have the chance to vote on paralympic.org for which player has grown the best #SledgeStache.

The Movember Foundation was founded 10 years ago with the intention of raising awareness for prostate and testicular cancer.

In 2012, more than 1.1 million Movember participants raised over US $145 million worldwide, and to date, more than three million people have raised US $444 million for the initiative.

Movember will provide the five ice sledge hockey athletes a platform to create a strong connection to their fans and community, helping build the brand of IPC Ice Sledge Hockey.

Who are the athletes?

Graeme Murray (Canada): Murray has been a member of Canada’s national team since age 15, having won gold with his country at the Torino 2006 Paralympics and both the 2008 and 2013 IPC Ice Sledge Hockey World Championships A-Pool. Also a motivational speaker, it was Murray who scored the lone goal in Canada’s 1-0 victory over the USA in the gold-medal game at this year’s World Championships.

Erik Fojtik (Czech Republic): Fojtik is a veteran forward in the game, having played on the international level since 2001. He was a member of the Czech team that finished fifth at the Vancouver 2010 Paralympics and the squad that finished fourth at the last two World Championships A-Pool.

Loyd Remi Solberg (Norway): He’s been on Norway’s national team since 2005 and has participated in two Paralympics, helping Norway win silver at the Torino 2006 Games and gold at the 2007 IPC Ice Sledge Hockey European Championships. Solberg lost his left leg when he struck a tree while driving at the young age of 16.

How can you support the campaign?

• Donate: View and contribute to the athletes' donation pages for Movember.

• Twitter: Follow @IPCISH and use the hashtages #SledgeStache and #Movember to discuss men’s health issues and ice sledge hockey.

• Website: Check the IPC Ice Sledge Hockey website throughout the month for blogs, stories and photos of the athlete participants.

• Vote: For the final 10 days of the month, fans can vote for their favourite #SledgeStache on the Paralympic.org homepage. 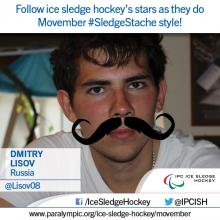 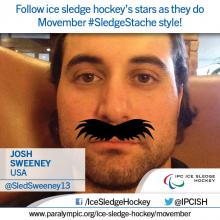 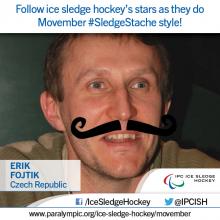 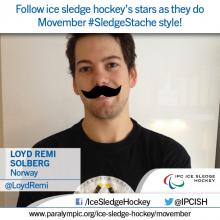