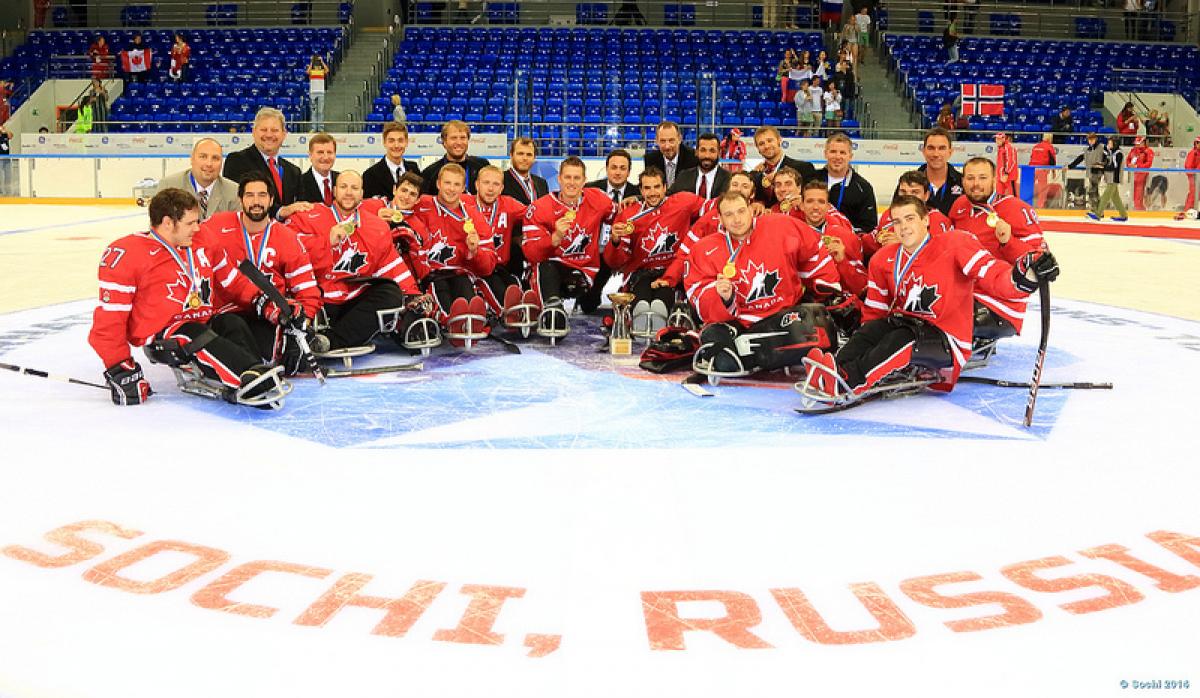 “We automatically … even when we came fourth in Vancouver, everybody knew we weren’t a fourth-place team. Everybody wanted to beat us the next year. They were up to play us.”

It is pretty obvious when talking to Canada’s ice sledge hockey captain for the Sochi 2014 Paralympic Winter Games, Greg Westlake, that above all else, he just wants to get the Games going.

“It’s my third one and obviously we want to do a lot better than we did last time so I’m just excited to get it going,” Westlake said.

“It flies by once you get there. I’m excited, but I’m nervous, it’s a whole basket of emotions. I just want to get there, that’s the thing.”

It will be a Paralympics where Canada will be looking to prove themselves after a disappointing exit on their home ice at the Vancouver 2010 Games. They fell to Norway in the bronze-medal game and failed to come up with a medal.

They will enter the Paralympic Games as the top seed in the world after a 1-0 victory over the USA in last year’s gold-medal game of the IPC Ice Sledge Hockey World Championships A-Pool.

Since Vancouver, Canada have had a lot of turnover. They have assembled a younger and faster team, but one that can play a gritty style.

As Westlake, an IPC One to Watch, is quick to point out, with the huge turnover from 2010, it’s tough to evaluate one team to the next.

Canada will have eight players returning to the Paralympic Games from Vancouver, and among those is the veteran core of Westlake, IPC One to Watch Brad Bowden and Billy Bridges. This will be Westlake’s third Paralympics, Bridges’ fourth, and Bowden’s sixth (fourth in sledge hockey).

They also combine to make up Canada’s first line.

“We’ve been playing together for a while,” Bowden said after the 2013 World Sledge Hockey Challenge in December.

“You play with better players, I’ve been with Billy forever, since I started playing this sport and I’ve been with Greg almost just as long. For us, it’s just about being best friends and almost like family members.”

Canada is known to be big country when it comes to hockey, and sledge hockey is no different. With their No. 1 seed in Sochi, Westlake thinks that rankings or not, Canada are always viewed as a team to beat.

“Every team wants to beat us just being Canada and playing hockey, that’s the nature of the beast,” Westlake said.

“We automatically … even when we came fourth in Vancouver, everybody knew we weren’t a fourth-place team. Everybody wanted to beat us the next year. They were up to play us.”

In Sochi, Canada will be in Group A with No. 4 Czech Republic, No. 5 Norway and No. 8 Sweden, opening the preliminary round against Sweden on 8 March at 13:00.

With all the hype, Westlake just wants the puck to drop.

“Right now is that time of the year where I’m kind of reading all the interviews and hearing what people are saying, and I’m not trying to show too much cause I like this group of guys,” Westlake said.

“I like them a lot, we have a lot of fun together, we work hard together, but I’ll let the other teams talk about how they’re going to win a gold medal, and we’ll just be ready to play.”