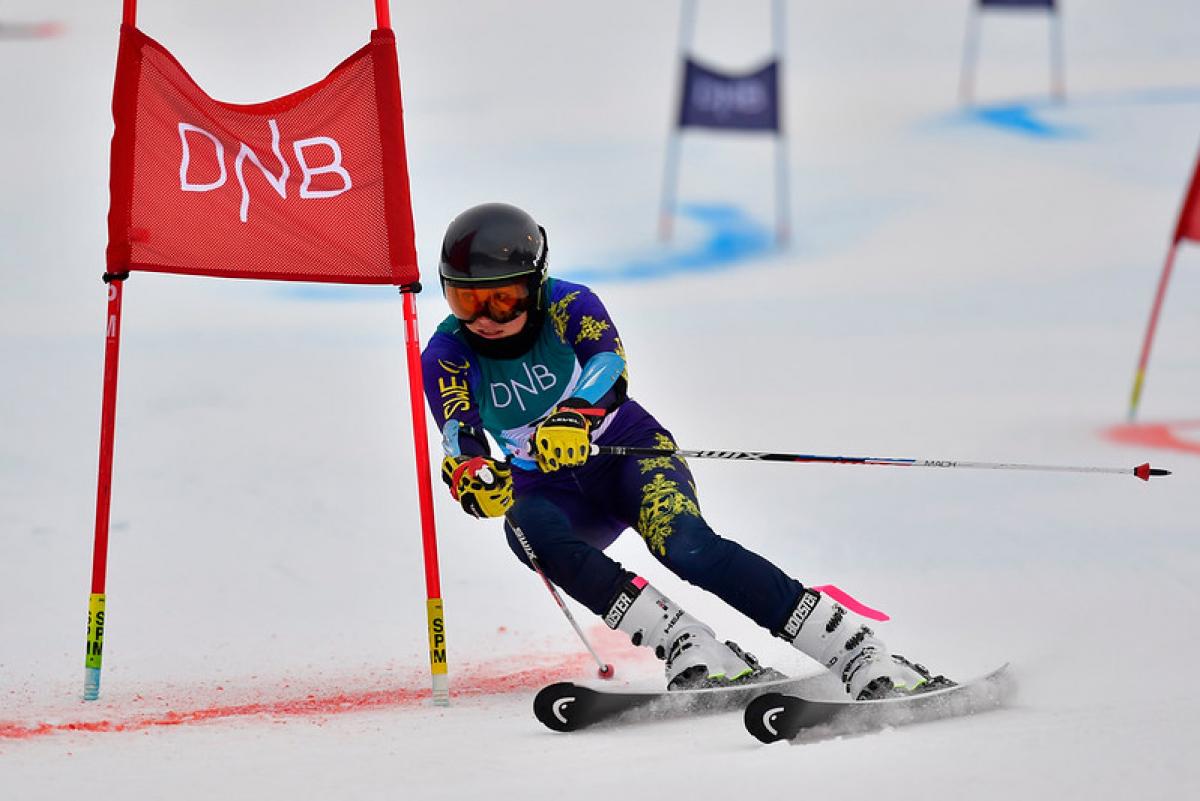 Ebba Aarsjoe and Johannes Aigner became history’s first world champions in the parallel event when they won gold in the format’s debut on the closing day of the Lillehammer 2021 World Para Snow Sports Championships.

The event featured 32 male and female skiers who raced head to head on two courses with 20 gates each. Athletes were matched into pairs based on their gender and qualification results. The winner of each matchup was decided based on the combined result of two runs.

The event was last held at the World Cup in Juzhno-Sakhalinsk, Russia in February 2020 and was included in the World Championships programme for the first time in Lillehammer.

WINNER TAKES IT ALL

Aarsjoe was late in arriving to Lillehammer 2021 due to a COVID-19 infection, but once in Norway, she wasted no time to make her presence known.

The Swedish skier was unbeatable in all her runs, taking out 16-time world champion Henrieta Farkasova of Slovakia in the quarterfinal and RPC’s Taisia Foriash in the semifinal.

Her final matchup was against fellow standing skier and long-time rival Varvara Voronchikhina. The RPC skier has already won two gold medals at Lillehammer 2021 and was eager to round off her World Championships debut with a third.

Aarsjoe proved unbeatable on the final day of competition, however. She took a lead of 0.63 seconds in the first run and increased it to 0.77 seconds in Run 2, lifting her arms at the finish line as a remix of Abba’s ‘The Winner Takes it All’ rang out over the venue.

We have a new queen 👑around!
Ebba Aarsjoe 🥇🇸🇪 vs 🥈Varvara Voronchikhina (RPC)

The Swedish takes the first ever world title in the women's parallel event and her second 🥇at #Lillehammer2021. #ParaSnowSports #Lillehammer2021 @Paralympics pic.twitter.com/MRqLD2Ybhz

“It was really hard. I was so tired. Quarterfinals, I was like, ‘Am I going to continue or not?’ but I fought through it because it’s so fun,” Aarsjoe said of finishing the day’s nine runs with a gold.

The parallel event is her second victory in Lillehammer. Aarsjoe also won the women’s standing slalom on Saturday (22 January).

“I’m still happy with what I got and what I made of this,” she said about picking up two medals in three races. “It was like a mini Paralympics. The build up was so nice.”

Voronchikhina collected a silver, which is her sixth medal at Lillehammer 2021. The RPC skier has been on the podium in each of the disciplines in her class - the only Para alpine skier to have reached this milestone in Norway.

As for Aarsjoe and Voronchikhina, it was a triumphant World Championships debut for 16-year-old Johannes Aigner of Austria and his guide Matteo Fleischmann.

The teen sensation won his second consecutive gold at Lillehammer 2021 by taking on two Paralympic champions in the men’s vision impaired class, Slovakia’s Jakub Krako in the quarterfinal and Italy’s Giacomo Bertagnolli in the final.

“We’re really happy that we were able to race against Bertagnolli because he is our biggest opponent in the normal races, especially in slalom and GS, so it was really fun today,” the Austrian vision impaired skier said.

“Parallel slalom is very fun. You don’t have a lot of time and you give 100 percent,” Aigner added. “It was like a long training day because you do nine runs. It’s nearly the same amount of runs you do in training so it was exhausting for us.”

Aigner and Fleischmann previously won gold in the men’s vision impaired slalom and silver medals in the super-G and giant slalom.

RPC’s Aleksei Bugaev dominated all his heats and looked on track to win his second gold medal at Lillehammer 2021 until a matchup against Bertagnolli narrowly put him out of the final.

The 2021-2022 season continues this week with the World Cup in Are, Sweden, venue of the Para alpine skiing events in the next World Para Snow Sports Championships in 2023. 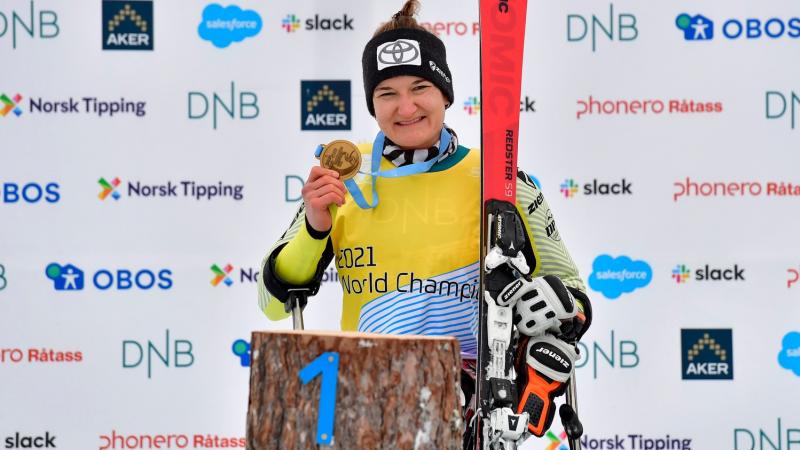 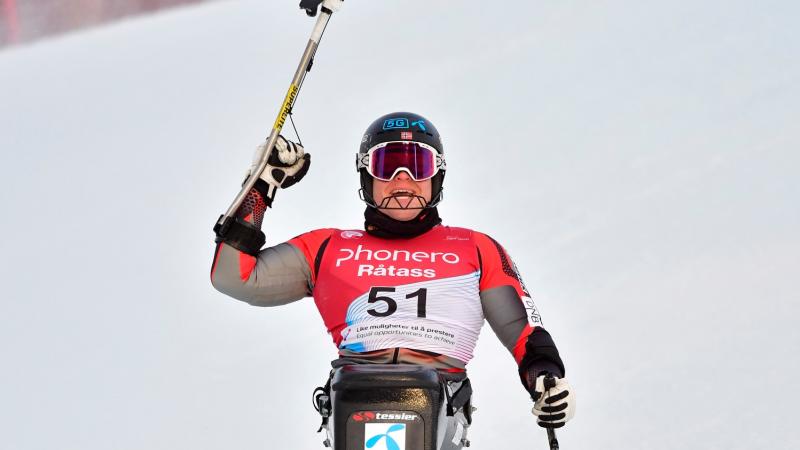 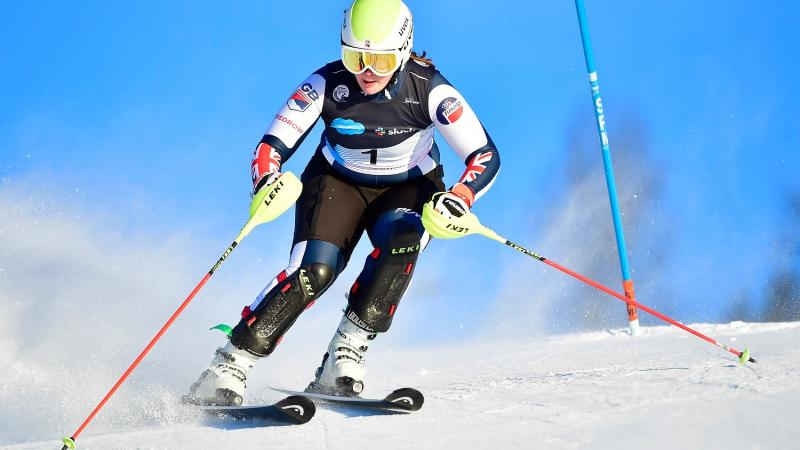 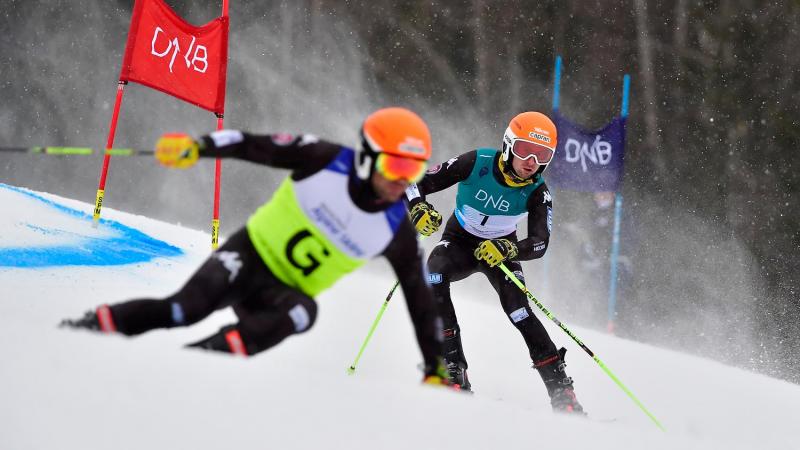 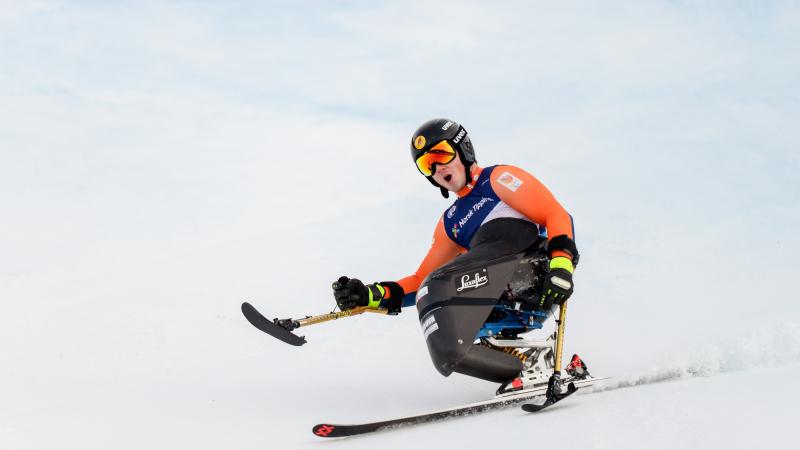 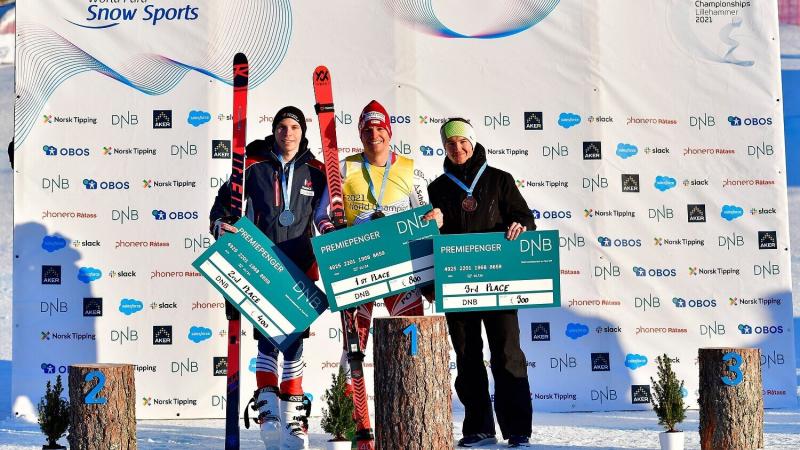