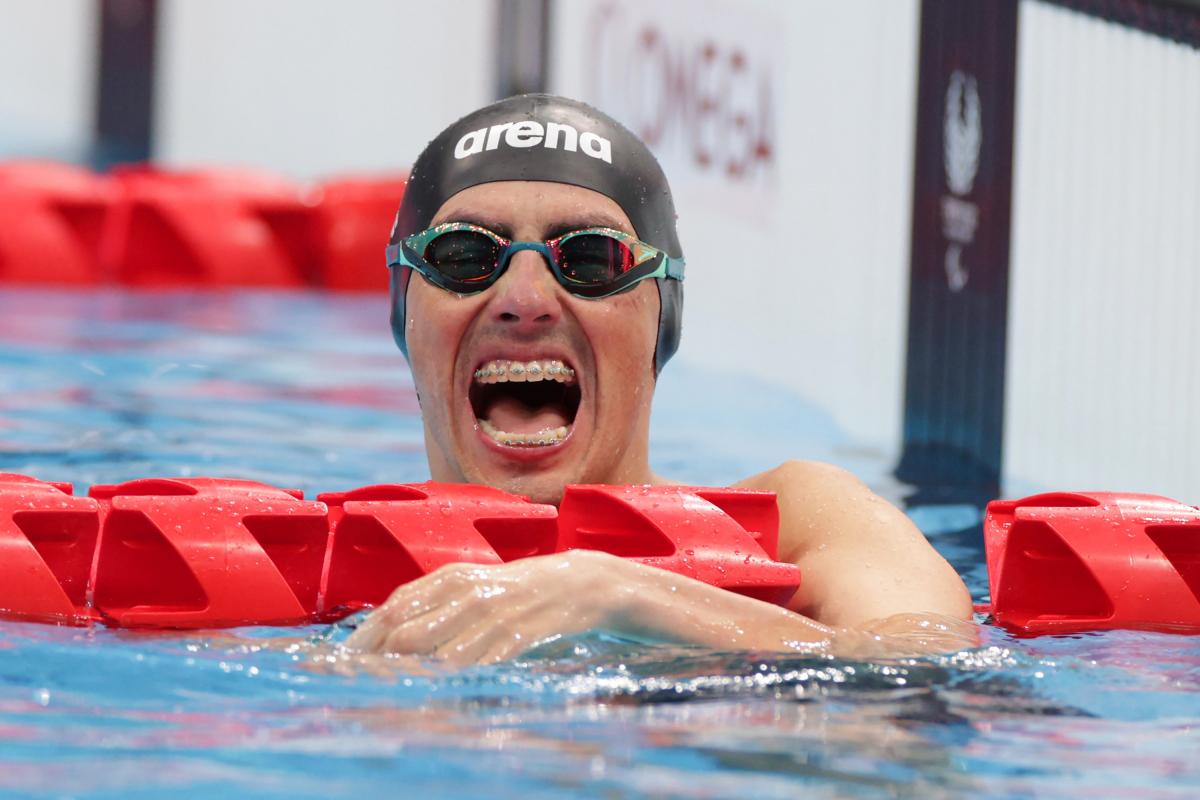 Alberto Abarza made history at the Tokyo 2020 Aquatics Centre by securing Chile's second Paralympic gold medal in history and first in Para swimming.

Cristian Valenzuela was the first athlete to win Paralympic gold for Chile when he finished first in the men's 5,000m T11 at London 2012.

Abarza said: "I am filled with emotion, I am so happy. It is the first medal in swimming for my country and the second in the history of Chile.

"It was the greatest dream that I had in sport, to win, and now I have reached this dream. It will allow me to leave the sport happy."

He also referred to the possibility of retiring after this Games. "It is something that I have to consider. I have a disability (Charcot-Marie-Tooth disease, that affects the nervous system and muscles) that gets more severe day to day. I have put 2020 as the goal, and then there was the delay. It was a difficult year.

"But it was worth the effort. I think this is a beautiful moment for Chile and for my children."