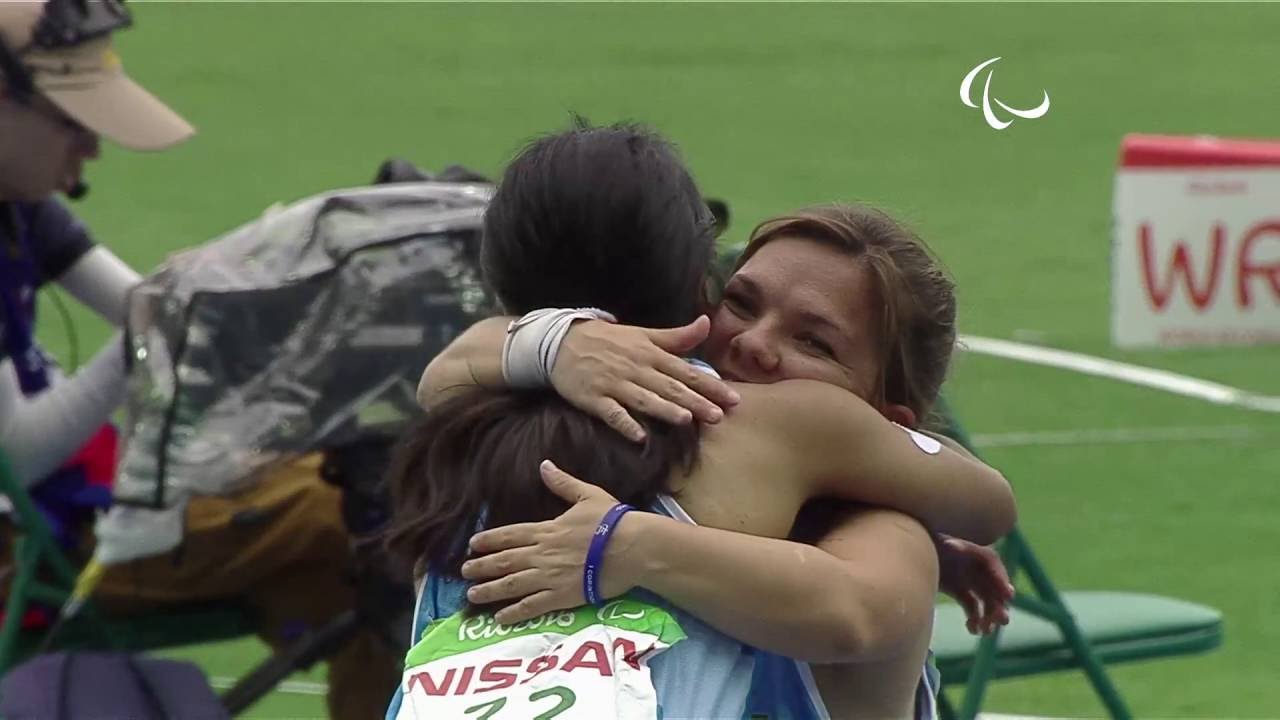 1 August 2017 will be the 20th anniversary of the founding of the Americas Paralympic Committee (APC). To mark the occasion, we will be counting down the top 20 moments of the APC since its creation in 1997.

Kicking off the countdown at No.20 is a moment that Argentina had waited two decades for. No Argentinian athlete had won Paralympic gold since swimmer Betiana Basualdo topped the podium in the women’s 100m freestyle S2 at Atlanta 1996.

But on 9 September 2016, sprinter Yanina Martinez put an end to the South American country’s gold medal-drought by winning the women’s 100m T36 with a time of 14.46 in Rio de Janeiro, Brazil.

“It was such an emotional moment for me to win that gold medal in Rio,” said Martinez. “I was very happy because that gold medal made me feel all the effort I made with my coach Martin Arroyo and my whole family was worth it.

“To win a medal at a Paralympic Games is something every athlete dreams of. It gives me more motivation and strength to continue competing and representing my country at the highest level.”

Martinez was no underdog in Rio, though, as she had consistently delivered good performances on the international scene and was considered one of the world’s best in her category.

She showed what she was capable of at her first major competition, the 2009 Youth Parapan American Games in Bogota, Colombia, where she took one gold and one silver.

The Argentinian went on to claim two Parapan American titles in Toronto, Canada, in 2015, and one silver and one bronze at the World Championships in Doha, Qatar, on the same year.

But Martinez was yet to reach the podium at a Paralympic Games until Rio 2016 came along.

“I was solely focused on running the race in Rio,” she said. “After the starting signal, I started running as fast as I could and did not stop until after the finish line.

“I was so happy, so excited. I thought of my coach, his wife Antonela, my family, my mom Claudia, my sister Tamara, my brother Javier and his girlfriend Mailen who were watching from the tribunes.

“I looked at the stands looking for my family. And there they were, celebrating with their arms held high.

“It was very important for me, for my coach and for my country. More people started to know about me, ask for autographs, want to take photos with me…I have fun.”