Apeldoorn 2019: Titans of the track 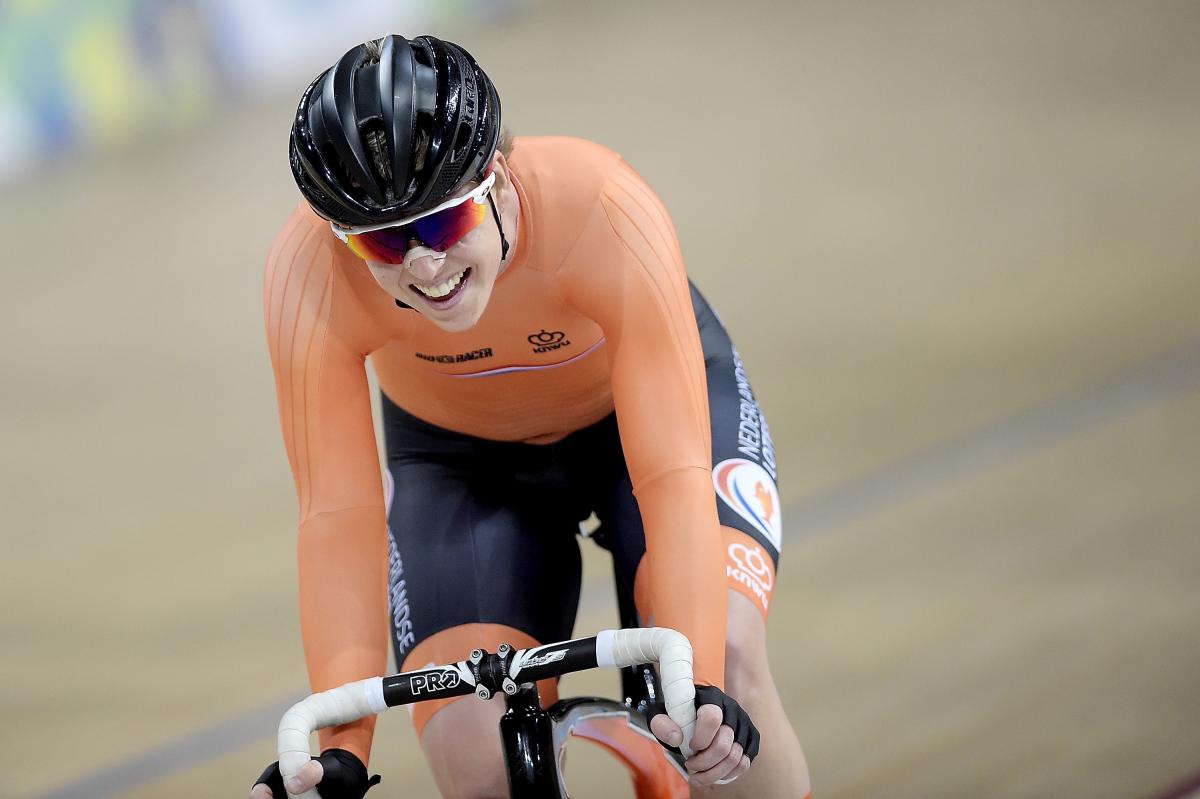 Paralympic and world champions are looking to ride their way into the record books when they compete in the 2019 UCI Para Cycling Track World Championships in Apeldoorn, Netherlands, between 14 and 17 March.

London 2012 gold medallist Neil Fachie, alongside pilot Mat Rotherham, seeks to defend the sprint and kilo tandem B titles for a remarkable seventh time since first winning both in 2009.

Joseph Berenyi is like wine; he improves as he gets older. The 50-year-old US cyclist has proved age is no barrier to him as he keeps racking up titles. At the 2018 Track World Championships in Rio, he stormed to double gold in the 1km time trial and scratch C3 events.

Colombia, a nation with a proud cycling history, now hope to repeat their Olympic success in the Para disciplines. Alejandro Perea Arango is one of their main hopes ahead of Apeldoorn 2019, especially after securing two wins in the 1km time trial and scratch C2 at Rio 2018.

Also keep an eye on Paralympic swimming champion Ricardo Ten Argiles, who recently switched to cycling and promptly became the man to beat in the C1 class. The Spaniard won the individual pursuit and scratch events at last year’s Worlds.

Storey, a legend still in the making

The women’s events will prove equally as competitive.

Great Britain’s most decorated Paralympian Sarah Storey is hungry for more success and is now looking to add more medals to her tally, which includes 17 titles at Track World Championships.

Home crowd favourite and two-time Paralympic champion Alyda Norbruis returns to defend her scratch C1-3 title. The Netherlands are hopeful of further success through Caroline Groot in the C4-5 class.

The USA’s Shawn Morelli, an army engineer who injured her spinal cord injuries in an explosion while serving in Afghanistan, will be back on the track to defend the 3km individual pursuit C4 world title from Rio 2018.

Another cyclist to keep an eye on is German two-time Paralympic silver medallist Denise Schindler. Last January, she took gold in the individual pursuit C3 at the Manchester Para Cycling International track meet.

More Information about the 2019 Track World Championships is available on the official website.

Cycling
Track cycling: Ones to Watch 2019