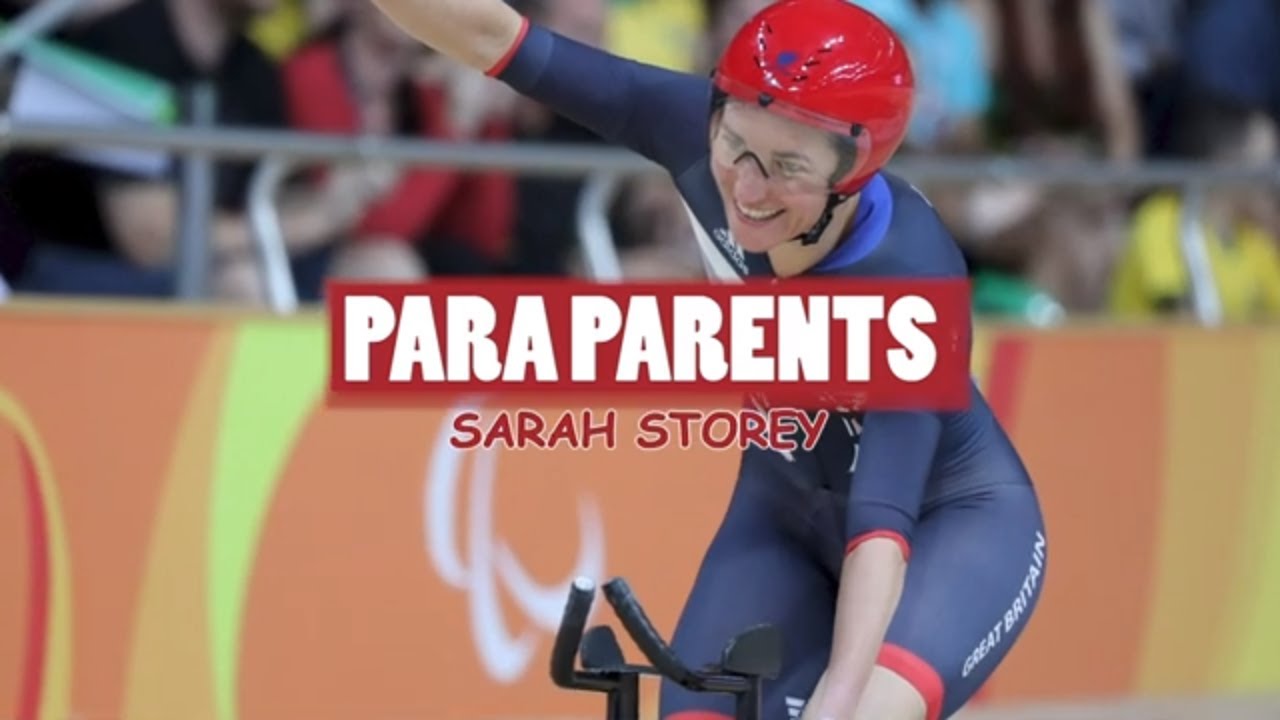 “The kids just see people and athletes and don’t make much comment about impairment or disability. They don’t have a concept of what older people might refer to as ‘different,’ and I think it is a great lesson for everyone to start looking at the world through the accepting eyes of a child.”

Great Britain’s most decorated Paralympian Sarah Storey and her kids do not see impairment as anything different.

“Neither of my kids think it is different to have an impairment or to need (adaptive equipment) to be able to do something,” Sarah said. She is the mother of two, Louisa, five, and one-year-old Charlie. “They just recognise that everyone is different and some people need more help with things.”

In the third installment of our series ‘Para Parents,’ Sarah shares how the Paralympic Movement has impacted her children.

Sarah was born with a malformed left hand. She made her Paralympic debut in Barcelona in 1992, where, at the age of 14, she won five gold medals in swimming.

After an ear infection in 2005 Storey switched from swimming to cycling.

Eleven years and nine Paralympic golds later, she became Great Britain’s most successful Paralympian at the Rio 2016 Games with her husband Barney and daughter Louisa by her side.

Sarah said it was special to have Louisa in the crowd, as the four-year-old marveled at the cycling events and the soldiers’ presentation of the flags during national anthems.

“It (the presenting of the flags) was something she would demonstrate to friends and family when we got home,” Sarah said.

Louisa, through being around athletes, has learnt about the importance of taking care of her own body, eating healthy and staying active. She is able to pedal a bike, and she competed in an Aquathon in August 2018. An Aquathon is a competition that consists of a 100-metre stretch of swimming followed by 1km of running.

Sarah expects nothing different from Charlie as he gets older.

“The kids just see people and athletes and don’t make much comment about impairment or disability,” Sarah said. “They don’t have a concept of what older people might refer to as ‘different,’ and I think it is a great lesson for everyone to start looking at the world through the accepting eyes of a child.”

Sarah admits it is a challenge juggling her Para cycling career and family responsibilities, but it is worth the experience. Her parents have jumped in when needed, and Barney, when not focusing on Storey Racing [the professional team they co-own] or other tasks, takes care of the kids when Sarah is away.

And she says her Para cycling career has opened her children’s eyes to a beautiful world.

“I think it is a great way of life for them to grow up in. It is certainly an added motivation for me to continue to race, so that they can continue to experience the sporting world and see the importance of hard work, dedication and looking after yourself to get the best results.”