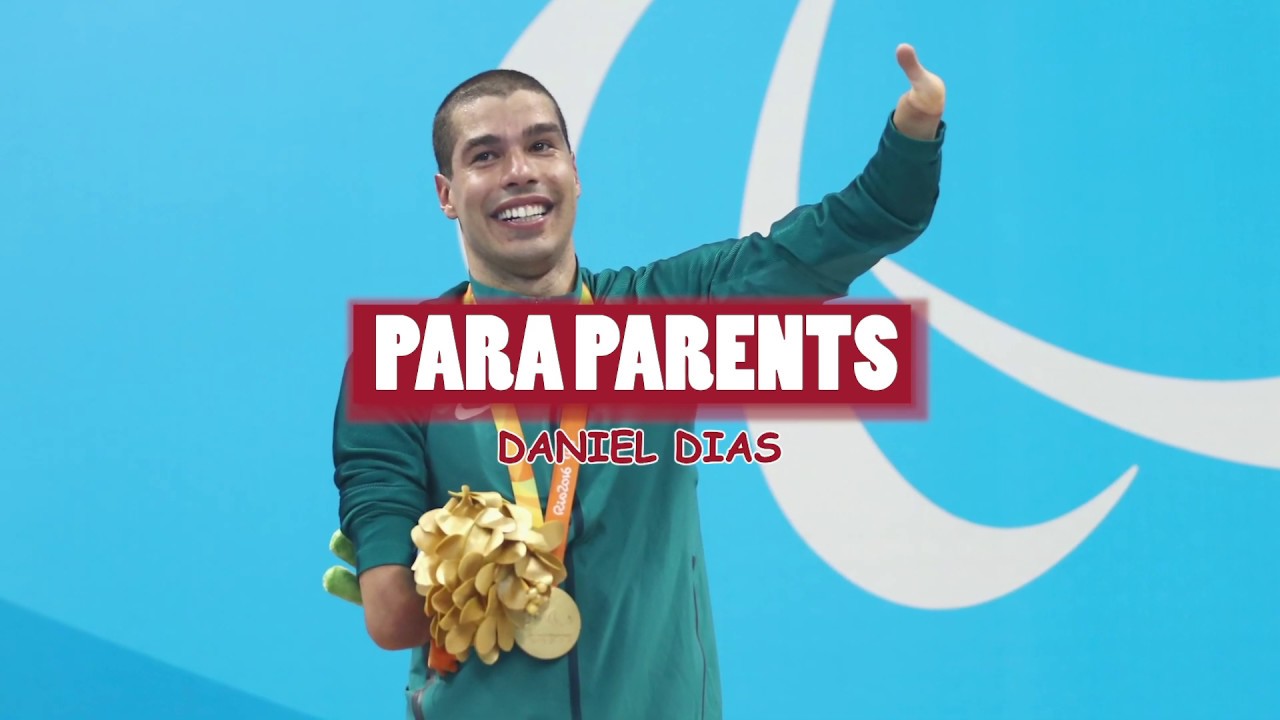 “For our children, there is no difference between an able-bodied and a disabled person. We teach them that impairment is just a characteristic. The most important thing is in the heart.”

Outside of the pool, Brazil’s multi-Paralympic champion Daniel Dias is the Hulk or the Iron Man. He might even be the Black Panther or Captain America.

This superhero status comes from his children, Asaph, four, and two-year-old Daniel “Danielzinho,”, who idolise their Paralympic father.

In the second of our new series ‘Para Parents’, Dias gives an insight into family life.

“When I’m not competing or training, I try to do everything that they (his kids) want to do for having fun together,” Daniel said. “We like to play the NFL (National Football League) and football. We also like to fight as superheroes.”

As much as Asaph and Danielzinho look up to their father, Daniel is trying to use his impairment as a learning opportunity. Daniel was born with a limb deficiency in which he has malformed upper and lower limbs.

“I teach them that we are all the same, that you’re not different as a person because you have an impairment,” the 24-time Paralympic medalist said.

“Impairments do not define who you are, and we should never put limits on our lives. We are all capable of realising our own dreams and goals.”

Daniel’s wife, Raquel Andrade Ribeiro Dias, offered similar sentiments. She, too, wants their children to realise their potential and not put limits on their dreams.

Daniel and Raquel met in 2007, and the family of four now live in a quiet city near Sao Paulo, Brazil.

Raquel said Daniel has opened her eyes to new kinds of sports.

“I had never heard about the Paralympics before [meeting Daniel],” she said. “[It is] such a beautiful world.

“I believe that Daniel’s success is due to his willpower and persistence.”

Raquel said she has gained an appreciation for sport for persons with impairments through her husband’s international success in swimming.

“I learnt that an impairment will not disappear, but you can decide how to face it and see it with another perspective,” she said. “Sport changes lives and transforms generations.”

Daniel said Asaph and Danielzinho are not yet curious about his impairment, but he and his wife agree that their children see and treat everyone equally.

“For our children, there is no difference between an able-bodied and a disabled person,” the soon-to-be mother of three said. Raquel recently learnt she is expecting another child, a girl named Hadassa, in the near future.

“We teach them that impairment is just a characteristic. The most important thing is in the heart.”

Raquel joined Daniel at the Rio 2016 Paralympics, and now the two are eyeing another Games.

Daniel is determined to reach Tokyo 2020 - as an athlete or, in the eyes of his kids, a superhero. He wants more sporting success, but his children are his most treasured possessions.

“[It is] challenging to be able to reconcile training with family times,” Daniel said. “The most rewarding [part] is to be able to get home after an exhausting day and hear, ‘Daddy, I love you.’”