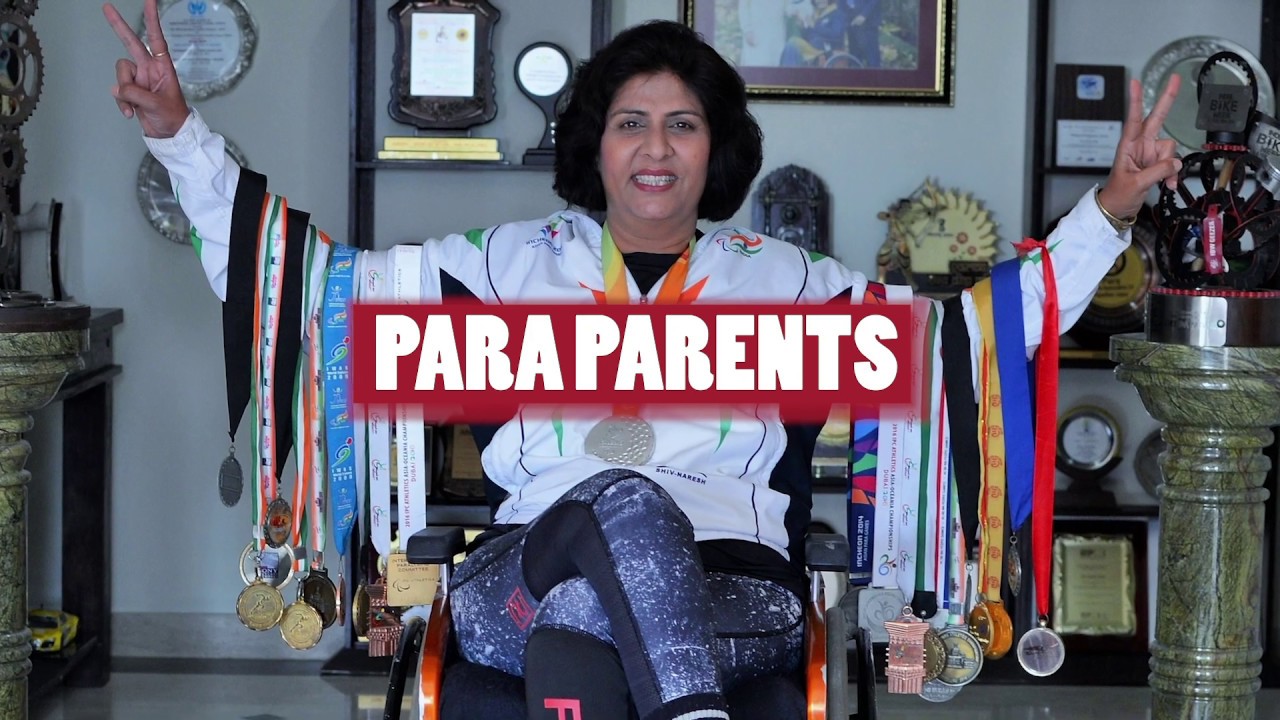 “Just because we treated it right, with happiness and positivity, disability has given us an abundance in return. I’m so happy that I could pass it on that it’s all right to be different. We are all different, but it’s what we make of ourselves.”

“In our house, whenever there’s cooking, it’s family time,” Malik said. “If it’s bathing time, I can wash Devika’s hair. It’s given a reason to bond all the time. Certain activities that other families may have never thought of (give us) a better life.”

Deepa, one of India’s most-celebrated Paralympians, is referring to the togetherness she and her family have due to both her and her daughter’s impairments. Deepa is paralysed below the chest, and her eldest daughter Devika has hemiplegia on her left side, limiting the movement of her arm and leg.

Their story is one of the first in a new IPC series: Para Parents.

It features some of the world's greatest Paralympians, including Daniel Dias and Sarah Storey, and explores the impact of impairment on their and their childrens’ lives.

“I think both my children (Devika is the oldest of two) have grown up to be more compassionate, positive, open, and they’re better human beings,” Deepa said. “They’re thinking beyond normal.”

OK to be different

Deepa and Devika have a special bond that was built as Deepa battled with the development of her own impairment. Deepa’s impairment took form after Devika was born, when the Paralympian was experiencing “a lot of” backache and pregnancy problems.

When Devika was seven, doctors found tumours on Deepa’s spinal chord, and she opted to undergo a surgery that would cause her to be paralysed. This was all happening while Devika’s impairment was also becoming apparent.

“Just as I was getting used to bringing up Devika with her challenges, I was myself bedridden,” Devika said. “I was learning my new body.”

Deepa realized she needed to learn how to accept her impairment so her eldest daughter could do the same. The mum said she converted what could have been perceived as negativity into positivity. She wanted to face her impairment boldly and take it in her stride.

“She (Devika) had to understand that it’s all right to do physiotherapy; it’s all right to kind of be a little different than other children,” Deepa said. “Somewhere I felt maybe destiny got me to this, to be a role-model mother for my child to exercise.”

The power of positivity

Devika, with no hesitation, confirms her mother has helped shape her perspective on her own impairment. Devika created and runs Wheeling Happiness Foundation, which helps persons with impairments live empowered and barrier-free lives.

She also spent time on the World Para Athletics circuit in which she competed internationally as a T37 sprint runner.

“I think it’s entirely her (Deepa’s) influence,” Devika said. “Basically, I have quite literally been following in her footsteps. I think that’s been my whole life.”

Although Deepa’s sense of humour and high-spirited personality indicates she is proud of her teachings, she knows how far her influence has spread. The two have helped give hundreds of individuals with impairments medical equipment and financial support through Wheeling Happiness.

“Just because we treated it right, with happiness and positivity, disability has given us an abundance in return,” Deepa said. “I’m so happy that I could pass it on that it’s all right to be different. We are all different, but [it’s] what we make of ourselves.”

Athletics
2018 in Review: In the Jakarta field