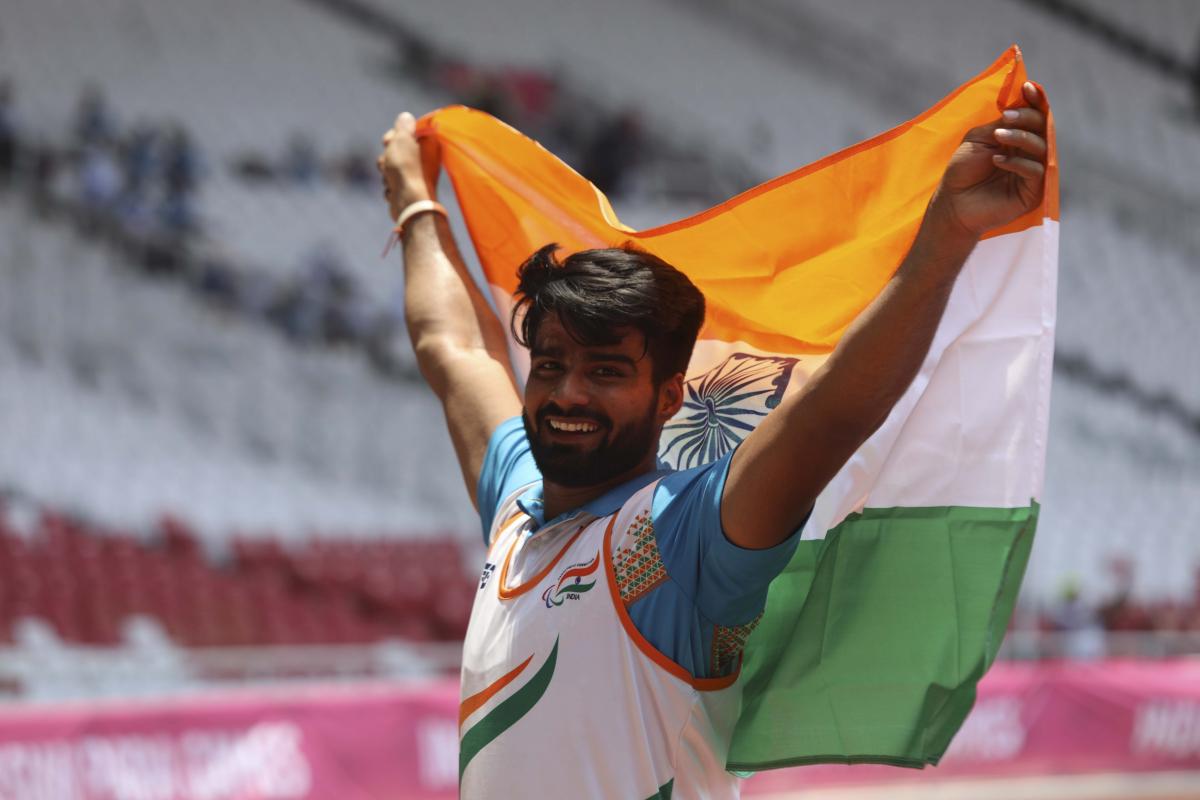 India sent their biggest team yet to this year’s Asian Para Games in Jakarta, Indonesia, and their Para athletics squad duly delivered, winning a total of 36 medals - 25 of which came out in the field.

Sandeep Sandeep kicked off his country’s campaign with a new javelin F44 world record on the opening day of competition at the Gelora Bung Karno Stadium.

Competing in his first Asian Para Games, the 22-year-old managed a best of 60.01m, breaking Mingjie Gao’s previous mark which had stood since 2011.

It didn’t all go India’s way however – world number one Sundar Singh Gurjar lost out on javelin F46 gold by 51cm as Sri Lankan Herath Mudiyanselage took the win, with Paralympic champion Devendra back in fourth.

Alexsandr Svechnikov was one of 14 Para athletes from Uzbekistan to claim Asian Para Games gold – the 20-year-old reigning Paralympic and world champion seemingly untroubled as he led the javelin F12/13 field with his first throw of the competition.

However, it was China once again who enjoyed the biggest medal haul, topping the athletics medals table with an impressive 56 golds – nearly half of which were won in field events.

Iran finished second in the athletics medals table, which included a clean sweep of the men’s javelin F56/57.

It was F56 thrower Mohammad Alvanpour who claimed gold, with silver and bronze going to Amanolah Papi (48.60m) and Mohammad Khalvandi (48.01m) respectively – both of whom surpassed the previous F57 world record.

Athletics
2018 in Review: In the Berlin field
Imagen