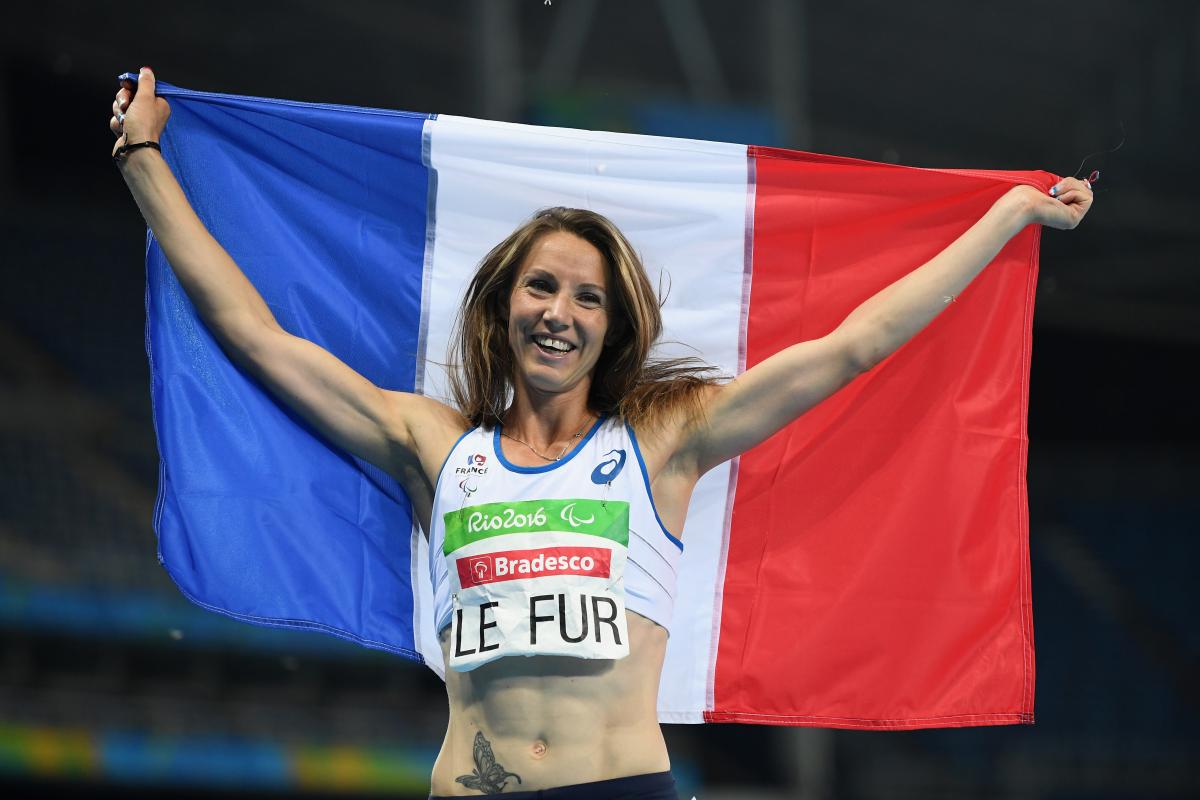 “I am very happy and honoured with the mission I am given and I wish to use my personal experience and my status as a high-level athlete.

Three-time athletics Paralympic champion Marie-Amelie Le Fur has been elected President of the French Paralympic and Sports Committee (FPSC) at a General Assembly held on 14 December.

She will officially take her new position on 17 December, succeeding Emmanuelle Assmann who had been President since 2013.

The 30-year-old final-round effort of 6.01m added 18 centimetres to the world record she had set at the 2016 Paralympic Games.

Together with her job as FPSC President, Le Fur will continue training as an athlete as she plans to compete at her fourth Paralympics in Tokyo, Japan, in 2020.

“I am very happy and honoured with the mission I am given and I wish to use my personal experience and my status as a high-level athlete," she said.

“Emmanuelle Assmann has, for five years, developed our Movement. She has brought a modern and innovative vision while making NPC France a legitimate and respected key player within the sport movement.

“I am committed to perpetuating the dynamics infused by my predecessor; working more closely with our member federations as well as with the various actors of the French sports movement and the Ministry of Sports so as to enhance our teams and develop the leisure practice, everywhere and for all.”

Assmann added: “I am heavy-hearted but carefree that I leave today the NPC France Presidency and I am happy to pass on the baton to Marie-Amelie le Fur. I am sure that she will be enthusiastic and determined about the challenges that await the Paralympic Movement.”

Athletics
A year of firsts: Ed Harry reflects on 2018