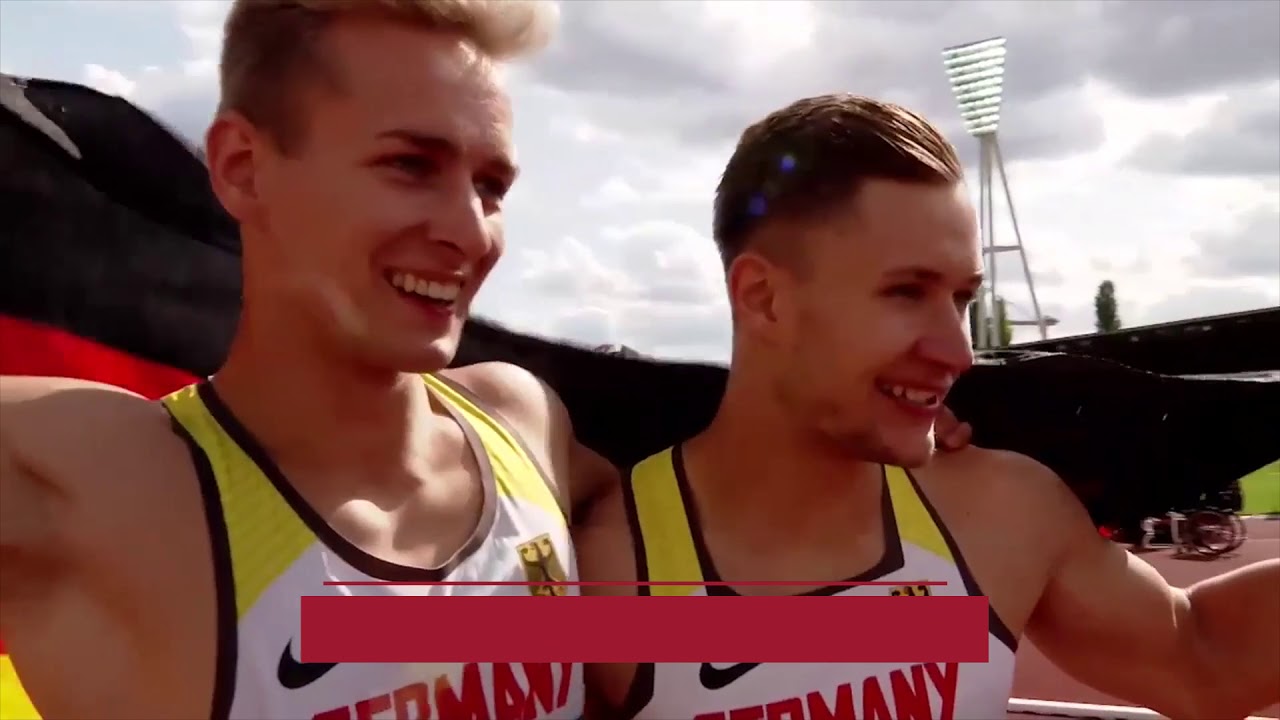 France’s Marie-Amelie le Fur made history by becoming the first woman to long jump over six metres in Para athletics on Sunday (26 August), the final day of competition at the Berlin 2018 European Championships.

The Paralympic champion’s final-round effort of 6.01m added 18 centimetres to her T64 world record set at the Rio 2016 Paralympic Games. The 29-year-old’s achievement was all the more remarkable as it came just months after the devastating loss of her unborn baby.

“It was very special because I came back after two years. It was a very complicated season but I love these championships,” said Le Fur.

“I just wanted to come back to be with the team because I need sports, I need to do a competition for my mental (state).

“When I saw the distance on the screen it was just beautiful, now I can share with my family, my coach and the team.”

“That was really good, it was a very tactical race, I tried to control it from the front and in the end I had enough energy for a good sprint,” said Hug, who now turns his attention to next month’s Berlin marathon. “It’s always nice to win and show how you can perform.”

“It feels great, it was a tough week of competition and now it’s done. It was so important for me to show what I’m capable of running,” said Streng, who already had won 200m T64 and relay gold, as well as long jump silver.

“These slow times here are because of the strong headwind, I think everybody saw what I was racing this season. I’m still capable to race these times on a fast track and I’m really looking forward to next year and the World Championships.”

“I’m pretty proud to show my family this year what 400m is like and winning gold in front of them is really awesome,” said the triple world champion.

Italy claimed the top two places in the women’s 100m T63, defending champion Martina Caironi (14.91) topped the podium just like she did in the long jump days earlier.

Denmark’s Daniel Wagner (13.10) added to his long jump gold with victory in the 100m T63 just months after competing in snowboard at the PyeongChang 2018 Paralympic Winter Games.

“It’s my first 100m gold at the European Championships, so I was very happy for the race with great competitors too,” said Wagner. “It’s been phenomenal if I have to say it myself, as I’ve had a very busy season. I’ve been focused mainly on the long jump, so the 100m was something I really wanted but I wasn’t so sure about it. Ending up on the top of the podium again is just a dream come true.”

Great Britain’s Thomas Young (11.66) rounded off a terrific senior international debut with a second win in the space of 24 hours, this time in the 100m T38.

Turkey’s Oguz Akbulut (49.92) came through strongly in the closing stages of the 400m T12 to claim his first European title with a new championship record.

Finland’s Henry Manni (1:52.26) got the better of Great Britain’s defending champion Isaac Towers in the final individual event of the day, the 800m T34.

In the field, Ireland’s Niamh McCarthy broke the discus F41 European record for a further time this season throwing a massive 31.76m to take gold in the final round.

“Coming in I felt really strong and I’ve had a really good season, I’ve pushed on a lot this year, so it was nice timing to earn the gold,” said the 24-year-old. “I was always the European record holder but didn’t actually have the medal behind it. I’ve ticked that box now so it’s just something I can add to next year.”

Latvia’s Diana Dadzite (8.00m) notched up her third gold at Berlin 2018, this time winning the shot put F55. After a season hampered by injury, the three-time world champion was just relieved to come away with gold.

“If I think how much I struggled in preparation time I am really happy. I was thinking my results would be worse but with this I can leave and I am happy,” she said.

Great Britain’s world and Paralympic champion Aled Davies (15.49m) dealt with a broken leg brace in the shot put F63 – the steel snapped during warm up - but still finished more than one metre clear of his rivals to retain his title and add to his discus F63 gold from Thursday.

Mathias Mester (37.57m) reclaimed the European javelin F41 he last won in 2014 for the host nation’s third gold of the day.

Results went to form in the women’s shot put F12 as Italy’s world and Paralympic champion Assunta Legnante (15.85m) finished more than three metres clear of her rivals; Poland’s Marek Wietecki (45.42m) topped the podium for the first time in the discus F12.

The final gold of Berlin 2018 went to Great Britain (48.73), winners of the universal 4 x 100m relay. The event - new for these championship – involves teams of two male and two female Para athletes, each from a different class. Teams have a vision impaired athlete, a wheelchair racer, an athlete from the T42-47 or T61-64 limb impairment classes and one from the T35-38 co-ordination impairment classes.

After seven days of thrilling action Poland topped the medals table – they finished first with 26 gold, 15 silver and 20 bronze; Great Britain were second with 20 gold, 14 silver and 16 bronze and Ukraine took third with 19 gold, 22 silver and eight bronze.

Check out the Berlin 2018 website for all the results, highlights and news.