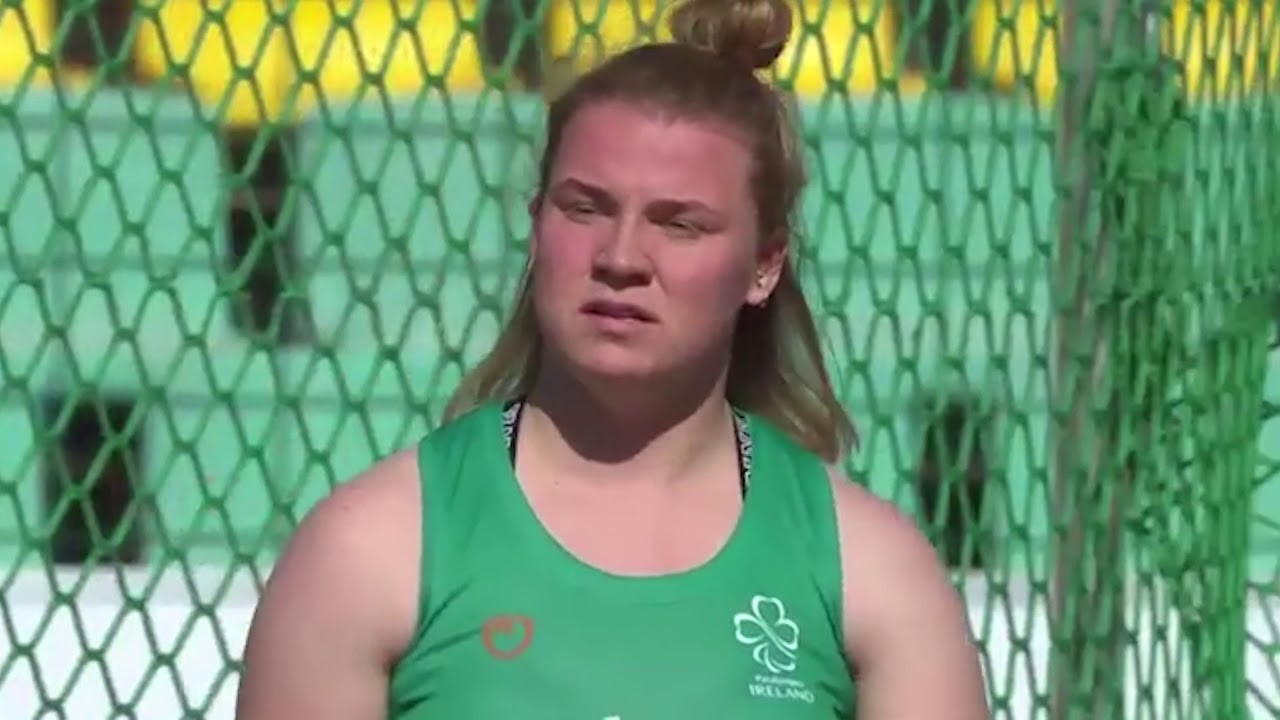 Ireland’s Noelle Lenihan smashed her own world record not once but twice on her way to European Championship discus F38 gold on Wednesday morning, the third day of competition at Berlin 2018.

The 18-year-old had arrived in the German capital in terrific form, and she quickly made her presence known, going in to the lead in the opening round with 31.65m.

Her second throw of 32.28m added more than 10cm on to her previous best, but it was in the third round that she really hit the mark, measuring in at a massive 32.95m.

“I knew it was there but obviously when you go in to a meet anything can happen in a competition. So I was delighted to be able to keep up the form and throw well,” said Lenihan, who was just 15-years-old when she won her first major medal at the Doha 2015 World Championships, winning silver behind China’s F37 thrower Mi Na.

“It’s been a whirlwind, four years ago if you would have told me I’d be here now, it’s like – how? But I’ve put so much work and for it all to come together, I’m delighted. I’m just thrilled with how today went and I’m just looking forward to the future.”

“I feel very good, now I have the World Championships next year and I am hoping for another medal,” said the 28-year-old, who won silver at London 2017.

Gold in the men’s club throw F32 went to Poland’s Paralympic champion and current world number one Maciej Sochal (31.12m), the 30-year-old safely retaining the title he won at Grosseto 2016, although he was disappointed not to throw further.

“I feel really good, although I’m not so happy with the result, I wanted to break the world record here,” said Sochal, who set the current world record of 37.19m when he won European gold two years ago.

The final gold medal of the morning session went to Frenchman Jean-Francois Maitre, who had started as favourite in the men shot put F54 after arriving in Berlin as the top ranked European.

The 44-year-old duly delivered, topping the podium with a best of 9.65m.