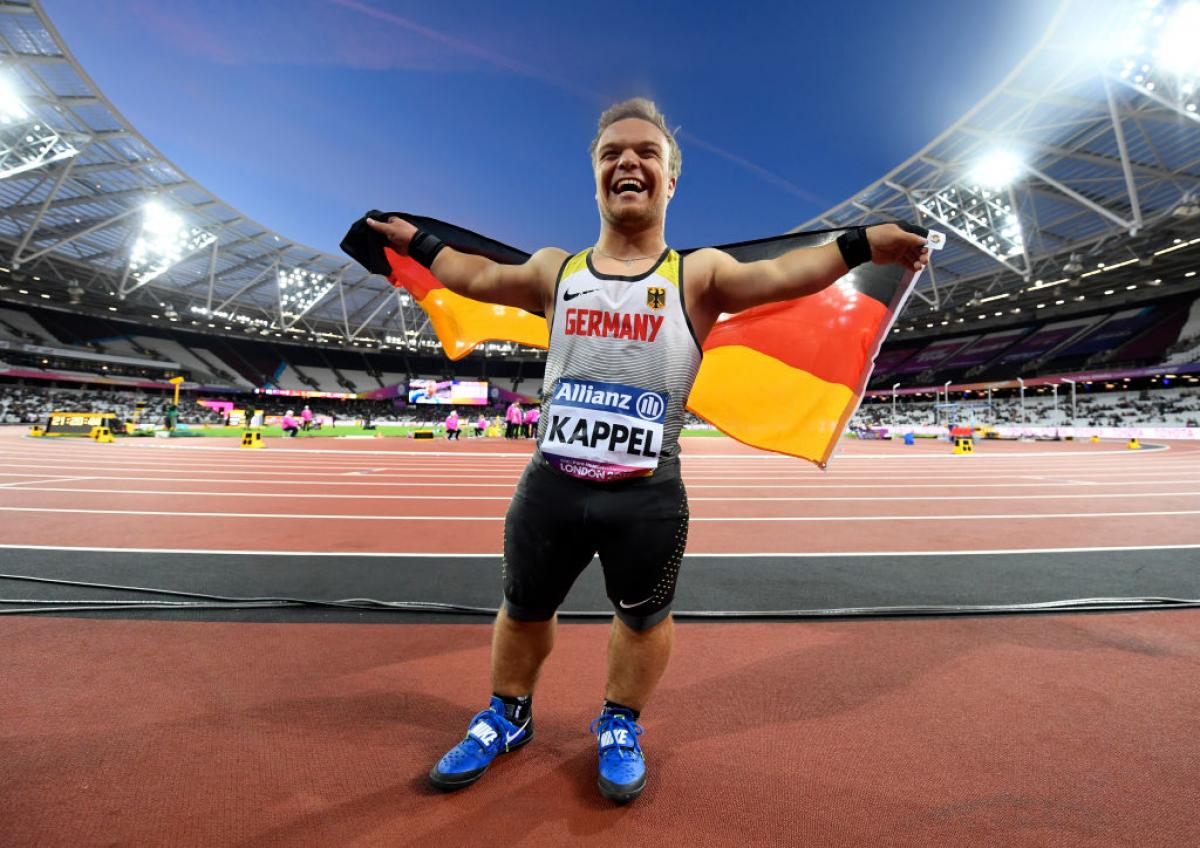 Fifteen gold medals will be decided on Monday (20 August), the first day of competition at the Berlin 2018 World Para Athletics European Championships.

One of the first medals to be decided is the men’s shot put F41, featuring home favourite Niko Kappel.

The 23-year-old is out to bag his first European title and if recent form is anything to go by, he could be hard to beat.

The world and Paralympic champion became the first in his class to go beyond the 14-metre mark when he broke the shot put F41 world record in June, a timely reminder to his great rival Bartosz Tyszkowski that competition in Berlin will be fierce.

The Pole has won gold at the last two European Championships, but this time, with the home crowds behind him, Kappel believes the title could be his.

“In the last few years I have thrown a personal best in the biggest competition of the year. Now it’s in Berlin, I have the visitors in the stadium behind me - and I hope that can help me to get the shot a little bit further than him,” said Kappel.

“I hope I can win the competition, but Bartosz is a very good shot putter and I don’t know what he can throw at the moment, so it will be close.”

Elsewhere in the field, Great Britain’s Hollie Arnold will be hoping to secure her second major title of the year, having won javelin F46 gold at the Gold Coast Commonwealth Games back in April.

The first gold medal to be decided out on the track is the men’s 1,500m T11, with Poland’s world bronze medallist Aleksander Kossakowski the fastest in the field. He won bronze two years ago in Grosseto, despite losing a shoe during the race when a competitor stepped on his foot.

Kossakowski is not the quickest this season however – that position belongs to Turkey’s Hasan Huseyin Kacar, who won European silver last time.

The day’s other distance races include both the men’s and women’s 5,000m T54 finals which could see a Swiss double if all goes to plan for London 2017 world champion Marcel Hug and his teammate Manuela Schaer, a four-time gold medallist at the 2014 European Championships.

As for the sprints, Monday’s action will raise home hopes further as Denis Schmitz lines up in the final of the men’s 100m T33 and Irmgard Bensusan takes on Dutch sprinter Marlene van Gansewinkel in the women’s 100m T64.