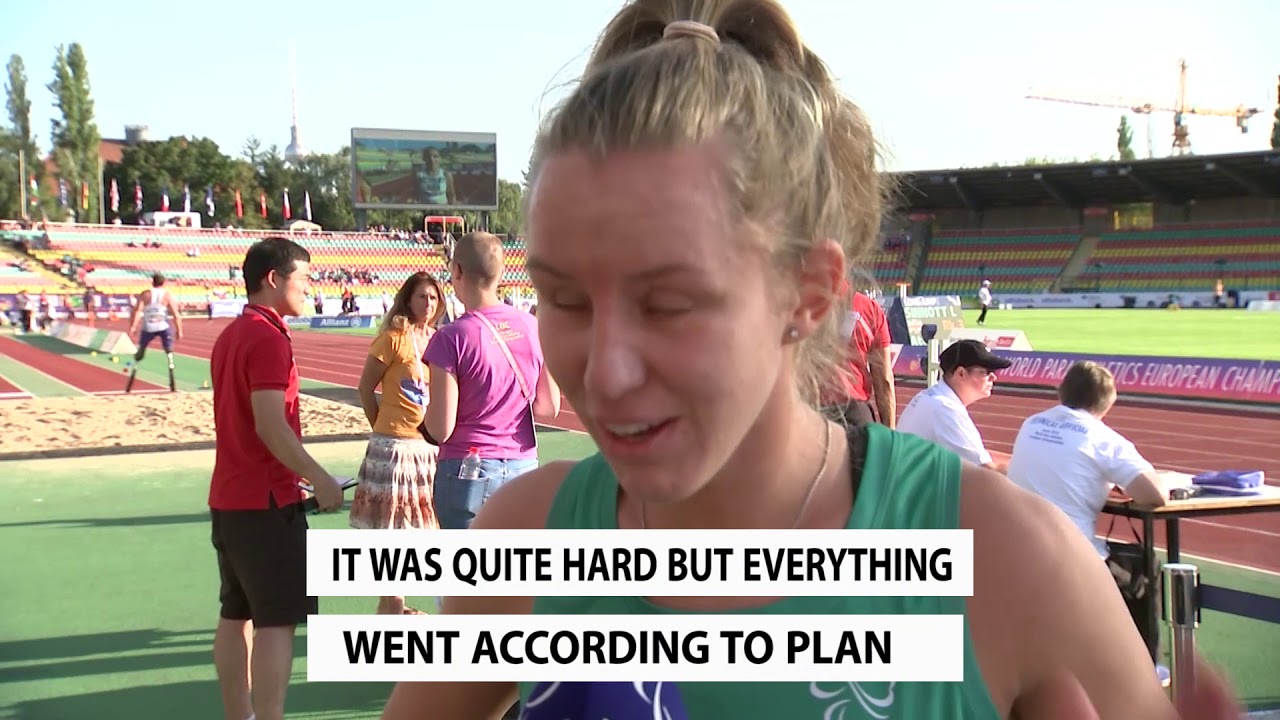 “It’s been a very busy year for me so being able to just stand here at the championships is great. And being able to compete against Popow in his last competition in his career is special,” said Wagner, who leapt a new personal best of 6.72m, celebrating afterwards with his trademark backflip in front of the crowds.

“I tasted blood, I wanted to go for the world record, but I wanted it too much. My goal has always been jumping over seven metres so that’s something I’m going to chase after.”

For Popow, Berlin 2018 provided a highly emotional end to his career.

“In between the competition I tried to focus, I tried to do it with too much power. I tried to run through a wall, but it doesn’t work. I was emotional, trying to find the concentration and the focus; then I gave that up,” said the 35-year-old, who bowed out with a best of 6.24m and a European silver medal.

“Right now it’s tough to see all those competitors. I realise that I will miss them. I’m happy about my career – I enjoyed it the whole time, and I will miss it.”

Another world champion - Diana Dadzite of Latvia - got her European campaign off to a terrific start, finishing more than four metres clear of the field in the discus F55 – but she still wants more.

“I’m not happy with the competition today, in training I was so much better. I want to throw even further next year,” said the 32-year-old threw a best of 22.46m – with the javelin and shot put still to come.

It was a profitable evening of track and field for Ireland, with three gold medals going their way.

“I’m very happy, I haven’t actually won the Europeans in a few years so it’s great to come back out and take the title I once had,” said the multiple Paralympic and world champion, who did not compete at Grosseto 2016. “Hopefully I can come back out and do something similar in the 100m.”

Maria Lyle got off to a terrific start in the women’s 100m T35 and held on strongly to claim her third consecutive European title, with the 200m to come on Sunday (26 August). Teammate Richard Whitehead (24.22) won the 200m T61 later on in the evening,

There was gold too for Sabrina Fortune (13.30m) in the women’s shot put F20, and the 21-year-old, who finished a disappointing sixth at last year’s World Championships, was suitably delighted.

“Last night I had a dream I would win gold. I’m so glad it came true,” said Fortune, who added a first European title to her bronze from Rio 2016.

“It was really nice to share the moment with my family who are out here, and I could see them all waving at the end. I learnt that no matter how many times you fall down, you can get back up. There is always a chance to better yourself and you can learn from coming sixth to come first.”

Belgium’s defending champion Peter Genyn showed that he was none the worse after dislocating his hip last month, powering home ahead of great rival Toni Piispanen to win the 100m T51.

“I know we missed a few very important trainings, but I had a perfect season, I was in great shape when I had the operation. I came in hoping for silver and I won gold, so I’m very pleased.”

There was a championship record for Frenchman Pierre Fairbank (26.92) who was quickly up on his opposition in the men’s 200m T53 before powering home ahead of his teammate Nicolas Brignone (27.65).

Both athletes have been in terrific form this season both set new championship records in Berlin.

Every minute of the Berlin 2018 European Championships is being streamed live on the World Para Athletics website and Facebook page.