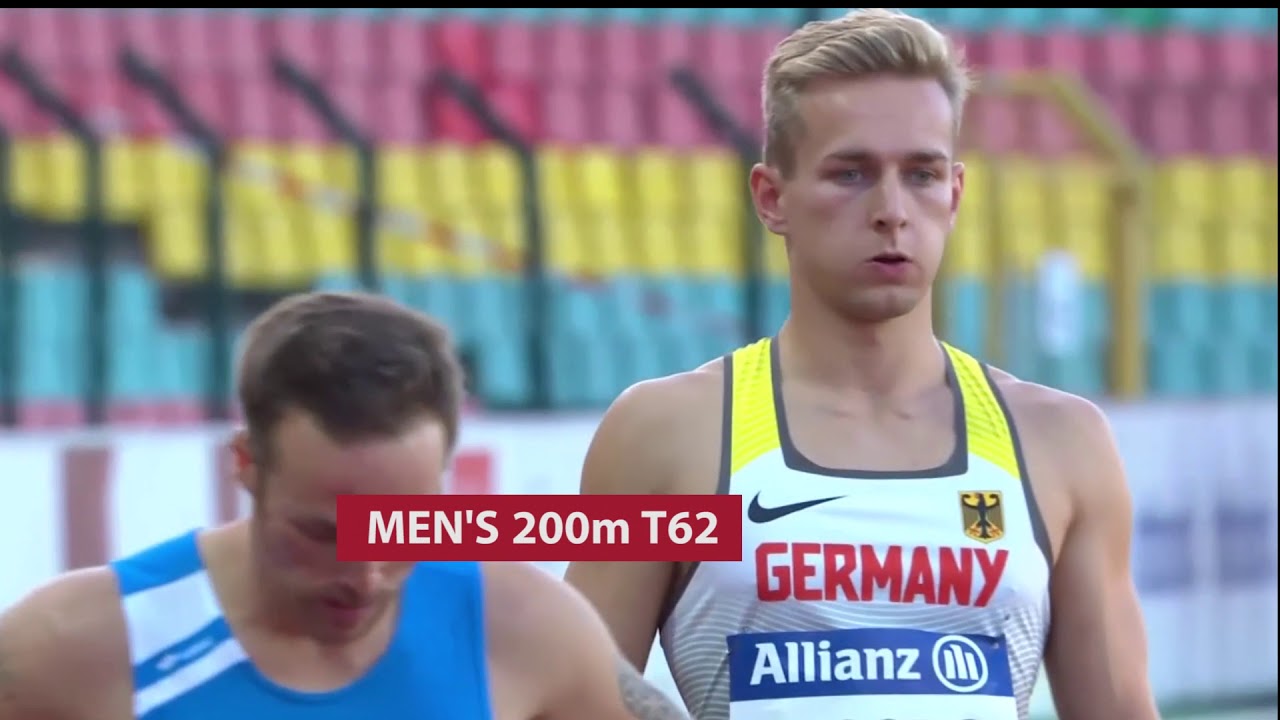 Great Britain’s Kare Adenegan showed she is the new face of women’s T34 sprinting with an emphatic 100m win at the Berlin 2018 European Championships on Wednesday (22 August).

Quickly out of the blocks, the 17-year-old world record holder held on strongly to take the win in 17.38 seconds, ending Hannah Cockroft’s unbeaten run at major Championships.

“It is very crazy. It is such a dream. I can’t believe I have got a gold medal. It was so tough [following the world record last month]. The first week after it I was just so excited, I couldn’t contain that excitement, I was so happy. I just had to remind myself that the Europeans is where it is at and it is about getting medals at championships,” said Adenegan, who was inspired to take up Para athletics after watching Cockroft at London 2012.

“I am just so happy that I have been able to deliver a great performance. I am so, so pleased, I just want to keep going and stay consistent.”

On a thrilling third evening of competition Poland’s Renata Sliwinska and Italy’s Oney Tapia both re-wrote the record books.

Sliwinska added 10cm on to the shot put F40 world record with a massive 8.50m in the fifth round of competition.

“This was exactly the plan – I was planning it with my coach since the beginning of the year and it turned out that it was possible during this event. The plan was first to improve the technique and the next step was the world record,” said Sliwinska, who won silver at London 2017.

Defending champion Tapia has been in world record-breaking form this year and in third round of the men’s discus F11 he threw 46.07m to add nearly half a metre on to his previous best.

World and Paralympic champion Martina Caironi added to Italian celebrations as she leapt a superb 4.91m in the long jump T63.

“I’m very happy with the result because it was a personal best for me and a new world lead. I’m really close to five metres and that is the big goal I want to reach before Tokyo 2020,” said Caironi.

“It’s an amazing opportunity for every German Para athlete to show to the home crowd what we are capable of,” said Floors. “It means a lot to me to win gold for Germany.”

Teammate Felix Streng (21.88) missed last year’s World Championships with injury but he stormed home to a new championship record in the men’s 200m T64, with the 100m still to come on Sunday.

Portugal’s young talent, 19-year-old Carina Paim (57.29), smashed the European record as she sprinted home to gold in the women’s 400m T20, beating a strong field including the experienced Polish duo of Barbara Niewiedzial and Sabina Stenka-Szymanska, gold and silver medallists from Grosseto 2016.

“That was a very good race for me, I won with a good time and I’m very happy. I hope that next year I will improve this time,” said Derus, the former 100m T47 world champion.

Ukraine’s Leilia Adzhametova (24.78) added European gold to her world and Paralympic titles with a classy performance in the women’s 200m T13, clocking a new championship record in the process.

Teammate Nataliia Kobzar (1:05.24) also set a championship record as she finished well clear of her rivals in the women’s 400m T37. Ihor Tsvietov (12.77) made it three golds for Ukraine, chasing down Briton Jordan Howe in the final 30 metres of the men’s 100m T35.

“I knew I was fast and I knew what to do - and it just worked out,” said van Gansewinkel. “I didn’t expect it to be this fast. I’ve won my second title – my first tournament where I’ve won a title – and I broke the world record on Monday, of course I’m happy.”

“This is really a huge surprise for me, it’s my first big win in the 400m,” said the Flying Finn, who won Tuesday’s 200m T54. “It’s awesome, I won the race and I beat the legend Kenny van Weeghel for the first time in my career at this distance, so I’m really happy.”

Poland’s Michal Kotkowski (24.10) secured his second gold of the championships with a win in the 200m T37.

“You’re never sure of the win, I was fastest all season, so I hoped, - and I knew if I did a proper race I could win,” said Rusch who broke the Championship record. “The crowd helped me, it was a really good race, I really enjoyed it.”

“I’m so happy to be the first to win a gold medal in this sport,” said the 21-year-old world record holder.