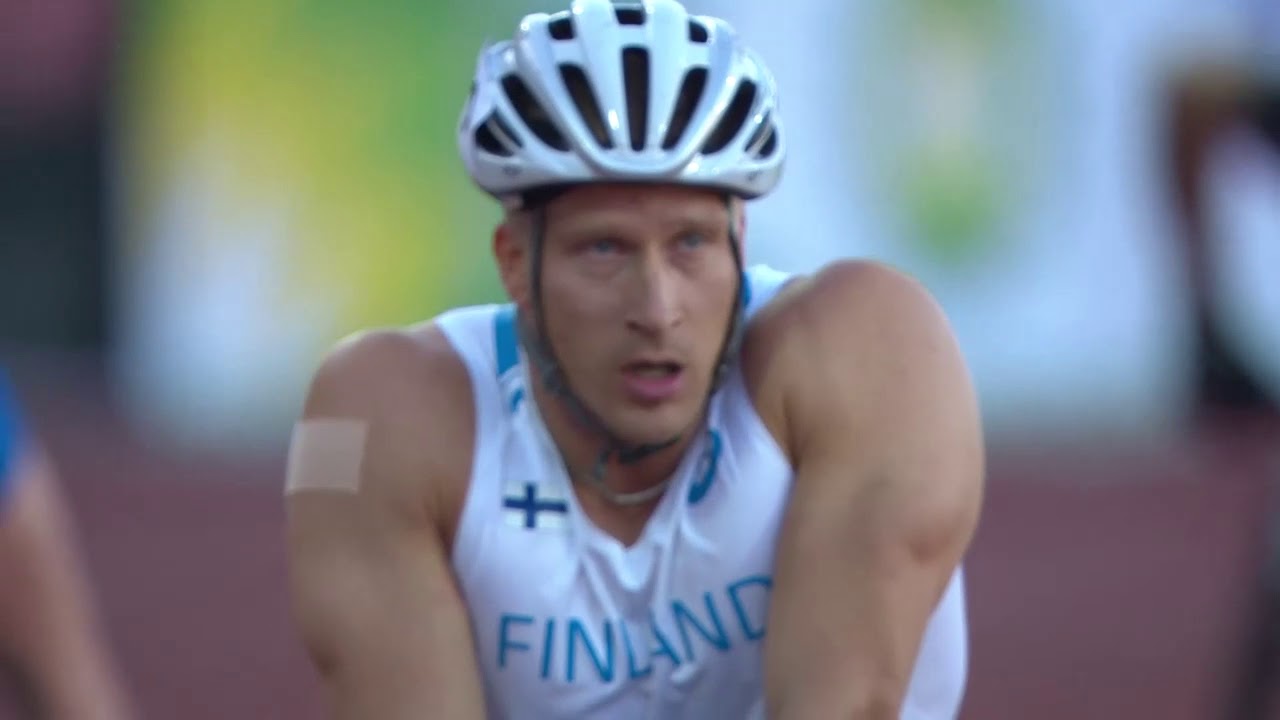 Finland’s Leo Pekka Tahti bids to complete his first ever hat trick of titles at a major championship when he lines up in the 100m T54 at the Berlin 2018 Euros on Saturday (25 August).

The Flying Finn, who has won the 100m T54 at the last four Paralympic Games, has had a spectacular week so far, winning 200m and 400m T54 gold as well as silver in the 800m – results that even surprised himself.

“I’m still a little bit shocked, it was so amazing, it was a very good start for me - the 200m was absolutely perfect. And I knew I had a chance to get the correct result in the 400m, but I didn’t expect it like this, because the winning margin was so much,” said the 35-year-old, who defeated the Netherlands’ double world silver medallist Kenny van Weeghel in both races.

Now Tahti takes on the 100m T54 – and as the defending champion, world record holder and current world ranked number one, it’s hard to see any outcome other than gold.

The fastest by far of Friday’s qualifiers – he also set a new championship record in the heat – Tahti is upbeat about his chances of 100m T54 gold, despite a busy schedule that has so far included five races.

“Friday was a very easy day, okay it was a championship record, but it felt very easy. Of course I want give 100 per cent and maybe do below 14 seconds on this track, that might be fantastic for me,” added the 35-year-old, immediately after winning his 100m T54 heat.

Germany’s Markus Rehm turned 30 on Wednesday but he put his birthday celebrations on hold until after the long jump T64, which takes place tonight.

The world, Paralympic and European champion is in terrific form - he broke his own world record in June, leaping a sensational 8.47m, and he will be hoping to give the local crowds plenty to cheer about at the city’s Friedrich-Ludwig-Jahnsportpark.

Pierre Fairbank lines up in the 100m T53 – victory for the Frenchman would mean a remarkable four gold medals at Berlin 2018, his best performance at a European Championships.

Defending champion Hahn starts in the women’s 100m T38 and will be hard to beat; Ballard lines up in the 200m T36 and faces arguably a tougher test with Poland’s 400m T36 gold medallist Krzystof Ciuksza also running – he’s the fastest European in the field this year.

Back to the field and the men’s shot put F11, where Italy’s Oney Tapia will start as favourite. The 42-year-old set a new world record on his way to discus gold earlier in the week and is the top ranked European in today’s event.