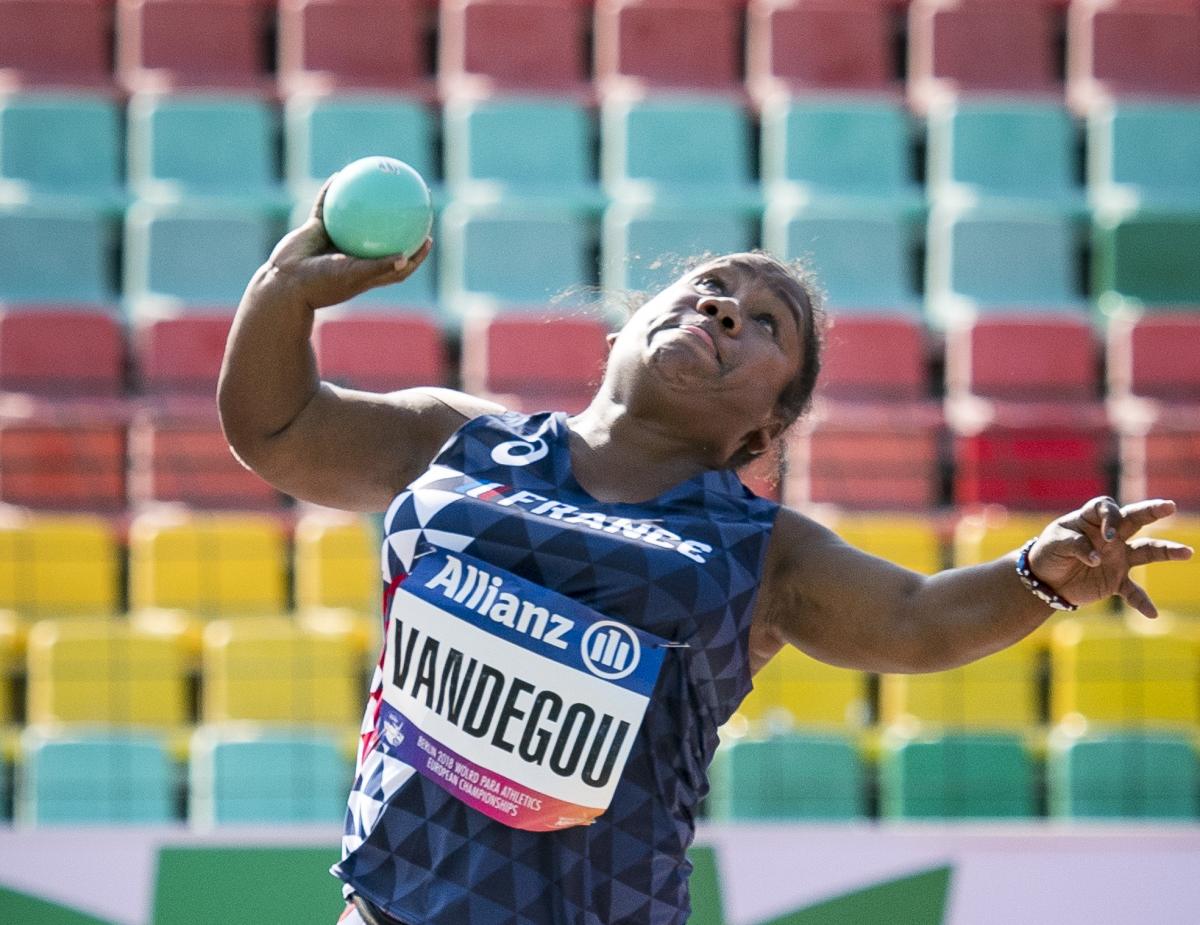 France climbed to the top of the medals table at Berlin 2018 as both new and experienced stars struck gold on day four (23 August) in the German capital. Marcelin Walico, Rose Vandegou and Alexandre Dipoko-Ewane added to the French medal tally – they now have nine golds overall, one more than Ukraine, Great Britain and Poland – with sparkling performances out in the field.

Defending champion Walico (37.05m) finished well ahead of his rivals as he threw a new championship record in the javelin F57 – more than six metres clear of Slovakia’s silver medallist Julius Hutka (31.01m).

“I’m happy; the most important thing was to defend my European title though. I was last to go in the final so I knew before I started that if I threw the mark I wanted that would be enough,” said the 24-year-old, who arrived in Berlin as the top ranked European. “Now I hope for a medal in the shot put tomorrow.”

Vandegou, making her senior debut in the French vest, showed no first-time nerves at the Freiedrich-Ludwig-Jahn-Sportpark.

Alexandre Dipoko-Ewane added a third gold for France in the morning session in the men’s high jump T47. The 22-year-old cleared 1.89m on his second attempt – one centimetre higher than his winning jump at Grosseto 2016, but five centimetres shy of his personal best.

“I’m very happy, the French team all did well today in the stadium. I wanted to do a personal best but that wasn’t the case, but I am very happy to win,” said Dipoko-Ewane, who was the only Para athlete to go over 1.80m.

Six weeks ago, Great Britain’s world and Paralympic champion Aled Davies had been unsure he would even compete at Berlin 2018, such was his disappointment and frustration with his form.

Fortunately for the 27-year-old, he put his concerns to one side and travelled to the Germany capital; it may not have been his best performance in the men’s discus F63 – he threw a best of 50.55m, just over four metres shy of the world record he set at Grosseto 2016 – but it was gold nonetheless.

“I was speaking to my coach a couple of weeks ago and I said I can’t just sit at home and watch the title that was mine go without a fight,” explained Davies. “I’ve lost all my confidence this year but luckily my coach believed in me.

“I didn’t want to come here and embarrass myself to be honest. I came here and threw the kitchen sink at it and considering everything that’s happened I’m absolutely delighted.”

Gold in the women’s discus F12 went to form as Ukrainian world champion Orysia Ilchyna topped the podium with a personal best 40.38m.

Serbia’s Milos Zaric (31.60m) claimed the final European title of the morning and the seventh championship record of the session with gold in the javelin F55.