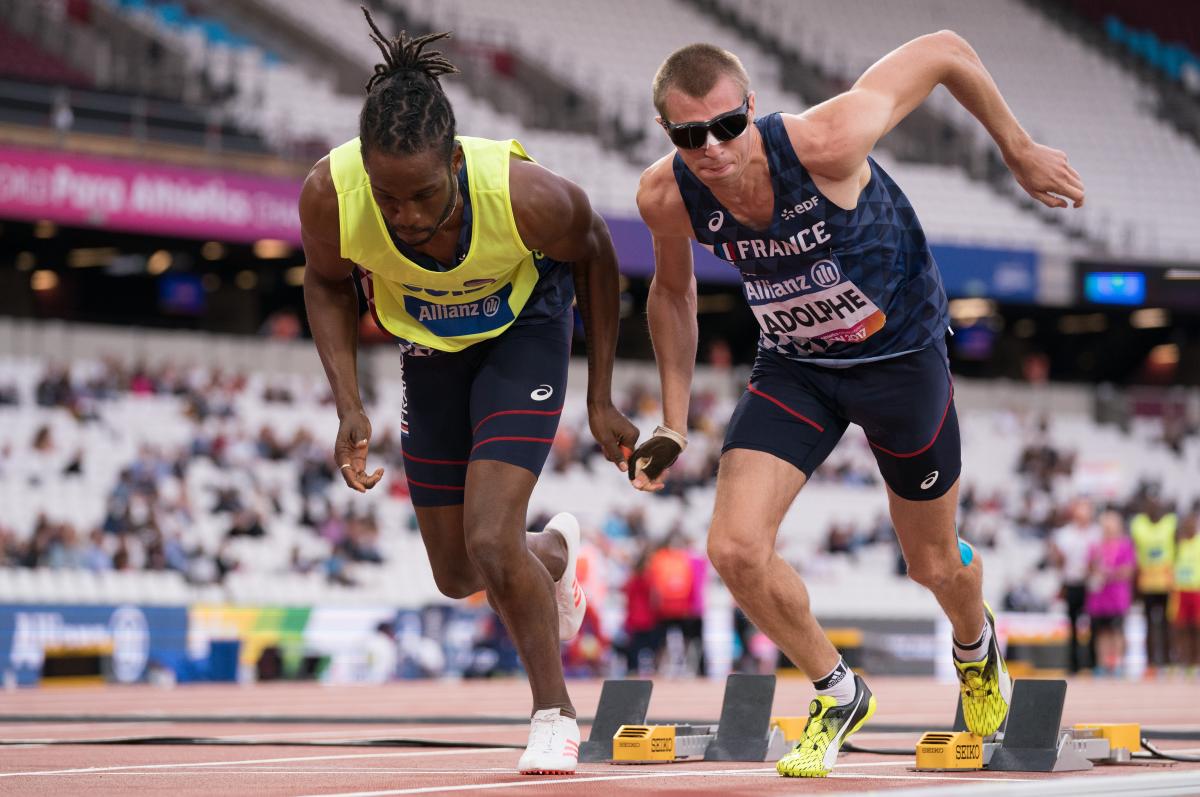 Frenchman Timothee Adolphe’s quest for double European gold continues on Friday (24 August) and if his performances this year are anything to go by, he’s right on track.

The vision impaired sprinter won the 100m T11 title on Wednesday (22 August) after dominating the heats. He lines up in the heats of the 200m T11 in the morning session, with the final due to take place later in the evening.

The 28-year-old has won double gold at the last two European Championships – although he has not enjoyed the same success on the world stage.

He was disqualified in the 200m and 400m T11 at London 2017 and left the World Championships without a medal, admitting earlier this year that “emotionally, it was difficult to get over.”

However, now Adolphe appears to have put that disappointment behind him, winning at the Paris Grand Prix in June before heading to the German capital. He’s also run a personal best this year - that came in June in France when he clocked 22.46.

Success will not be straightforward however; Turkey’s Mehmet Tunc is the top ranked European this year, having run a personal best 22.11 in Dubai back in March.

But Tunc also raced the 400m T11 on Thursday – he won silver – so Adolphe may well have fresher legs.

Three Greek Para athletes line up in the men’s javelin F54, including world and Paralympic champion Manolis Stefanoudakis. The 35-year-old has yet to win a European title – he has won silver at the last two European Championships – can he make it third time lucky in Berlin?

Nine Para athletes line up in the men’s discus F52 - Latvia’s Aigars Apinis is the all-time best on paper but it’s Poland’s Robert Jachimowicz who has the thrown furthest this year.

Local fans will be rooting for Germany’s Birgit Kober in the shot put F37. The Paralympic champion is undefeated at major championships and has been in terrific form already this season, adding four centimetres on to her own F36 world record mark just last month with a throw of 11.56m.

Czech Eva Datinska, who won discus F38 silver on Wednesday (22 August) could pose the biggest threat – she has a personal best of 11.32m, so will have to be in the form of her life to get the better of the home favourite.