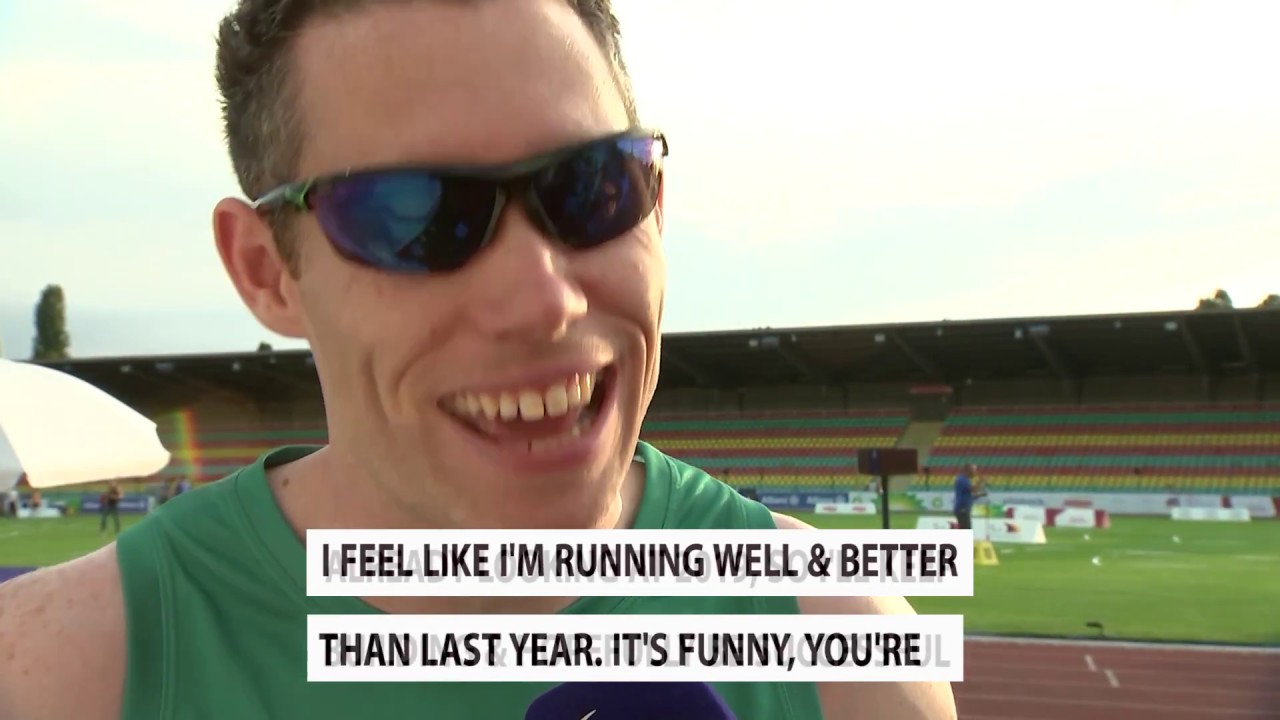 Poland’s Barbara Niewiedzial made winning look easy as she reclaimed the 800m T20 world record at the Berlin 2018 European Championships on Thursday (23 August).

The multiple Paralympic and world champion put her experience to good use, sitting patiently in third place for much of the race before hitting the front round the final bend.

Cruising over the line in 2:15.79, Niewiedzial admitted a fast time had not even been on her mind.

“I wasn’t sure about the record, it wasn’t my plan for today, but I tried to control my race. I had to because the Ukrainian racer (Liudmyla Danylina) was really well prepared. But at the start I didn’t plan to set a new world record,” said the 36-year-old.

Irishman Jason Smyth’s (10.66) unbeaten run continues as he stormed home to his second gold of Berlin 2018 – and a phenomenal nineteen consecutive major championship gold medals – with an impressive win and a new championship record in the men’s 200m T13.

“It’s great to be here, Berlin have done a great job and I’ve really enjoyed being here. I’m running better this year than I was last year and I’m in a much better place. I’m just going to keep building and hopefully continue to be successful,” said Smyth.

Great Britain notched up five gold medals in the evening session – it was no surprise as Sophie Hahn (26.51) led home the field in the women’s 200m T38, setting a new championship record in the process.

“To win another title means so much to me. I have worked so hard and I am going to just keep getting quicker and stronger,” said the 21-year-old defending champion, who broke her own world record last month.

“I am really excited for next year, it’s not going to be easy, so I am going to work hard and get stronger.”

Out in the field Dan Greaves (57.65m) claimed his third consecutive European title with a win in the discus F64.

Frenchman Redouane Hennouni (4:13.12) clearly had only one outcome in mind as he took to the front early on in the men’s 1,500m T38; teammate and world silver medallist Louis Radius tried valiantly to stay in touch, but the gap proved too big as Hennouni held on to claim his first European title on his major championship debut.

“It’s my first medal in the European Championships and so I’m really proud to represent France. It was a little bit hard, the coach asked me to go out in front so I did it,” said Hennouni. “Now I want to finish first on the podium at the Paralympic Games, but before that there is the World Championships - and you can count on me.”

Former world champion Mandy Francois-Elie (13.29) was next out on the track and gave ‘Les Bleus’ even more to cheer about, winning the 100m T37. Pierre Fairbank (1:43.74) added the 800m T53 title later on in the evening – a fantastic third gold medal for the former Paralympic and world champion, who still has the 100m T53 to go.

“I feel good, I feel happy, I’m not tired so it’s okay, a perfect day,” said Fairbank. “I like to be at the front so that’s what I did and this time it was perfect.”

A terrific finish by Portugal’s Luis Goncalves (23.12) earned him gold in the 200m T12; Spain’s Gerard Descarrega Puigdevall (50.65) was the standout winner in the 400m T11 and he believes there is even more to come.

“Today we went for everything and gave everything in our bodies. I think we can improve because we pushed hard the first part of the race but not 100 per cent. With more time together we could even beat the world record,” said Puigdevall, who only got together with his guide 10 days ago.

He missed out on gold in the 100m T34 on Wednesday (22 August) but Finland’s defending champion Henry Manni (54.40) left nothing to chance in the 400m T34, powering round the final bend to take the tape in championship record time. Teammate Ronja Oja (13.68) followed not long after with a win in the women’s 100m T11.

Latvia’s triple world champion Diana Dadzite (26.36m) remains on course for a hat trick of gold medals at Berlin 2018 as she claimed a championship record in the javelin F56. The 32-year-old already has discus gold in the bag.

“I feel much better than in the first competition (the discus). Maybe I didn’t make the best performance today, I know I can do more, but it was enough and I know which mistakes I made so I can work for the World Championships next year,” said Dadzite, who has the shot put on Sunday.

“It was a very hard battle because my opponent was very strong and the other guys were not bad either. But I still fought to the end and I won,” said Zahrebelnyi.

Croatia’s Matija Sloup (9.87m) was delighted with his victory in the men’s shot put F40.

“It’s a dream come true. We trained really hard, for four years, and finally we have won my first big gold medal. So much pain, so many injuries, blood and sweat and I am here finally. What will I do tonight? I don’t know, I’m speechless.”

Belarus’s Yuliya Nezhura (11.98m) won the women’s javelin F54, Spain’s Hector Cabrera Llacer (61.31m) improved on his silver from 2016 with gold and a championship record in the javelin F13.

Poland’s multiple world and Paralympic champion high jump Maciej Lepiato (2.14m) attempted to clear a new T44 world record of 2.20m, but it wasn’t to be this time – although if Lepiato has his way it could well happen sometime soon.

“Today was the closest I’ve come to the world record, it was really, really good to jump today. Every one could have been the world record, but I’m happy. I have another competition next week in Poland so if I jump 2.20m there it will be a world record too!”