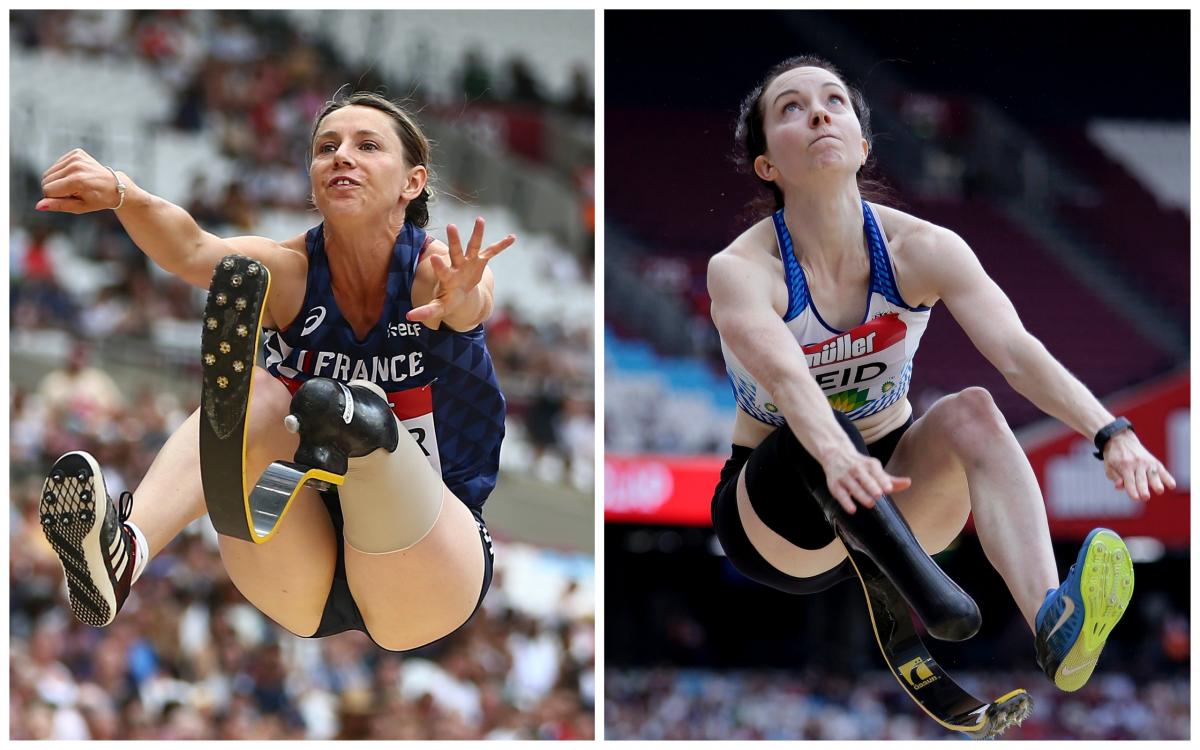 Just one centimetre separated world champion Stef Reid and Paralympic champion Marie-Amelie le Fur the last time they lined up against each other in a long jump competition.

That was at the Anniversary Games in London, Great Britain, just over three weeks ago, with Reid claiming victory back at the venue where she won her first world title – long jump T44 gold – in July last year.

Reid’s winning distance of 5.55m indicated a return to form after what she admitted had been a “frustrating” season where results had not backed up what she felt capable of in training.

Buoyed by her performance at the Olympic Park, the 33-year-old heads to Berlin looking to regain the title she won in 2014.

The event in London also provided a season’s best for Le Fur, who, like her British rival, now competes in the T64 class for single below-knee amputees.

The French star continues her impressive comeback to the sport following the tragic loss of her unborn baby earlier this year.

“Hands down she is the star of today, I’m in awe of her,” said Reid after the Anniversary Games.

It’s clear the pair have a lot of respect for one another. They first competed together in 2006, with Le Fur claiming three silvers at the World Championships that year; Reid finished out of the medals.

Reid’s first major medal came two years later at the Beijing Games where she won 200m T44 bronze; le Fur picked up another two silvers, this time in the 100m and long jump T44 before striking double sprint gold at the 2011 World Championships in New Zealand.

Medals continued to go le Fur’s way at both the 2013 and 2015 World Championships. Reid meanwhile only managed fifth at Lyon 2013 but bounced back the following year, setting a new world record in the build up to the European Championships – which she duly won, four centimetres clear of le Fur. But a prolapsed disc in early 2015 frustratingly wiped out her season.

Fast forward to 2016 and the pair were at it again, this time at the Rio 2016 Paralympic Games. Both athletes were in terrific form but le Fur’s world record leap of 5.83m in the fourth round sealed the win with Reid in second.

So a rivalry – and friendship - which has spanned 12 years looks like taking centre stage once again in Berlin.

Did you know…Reid made her acting debut last year, starring in a short film called ‘The Energy Within’ directed by Samuel De Ceccatty.