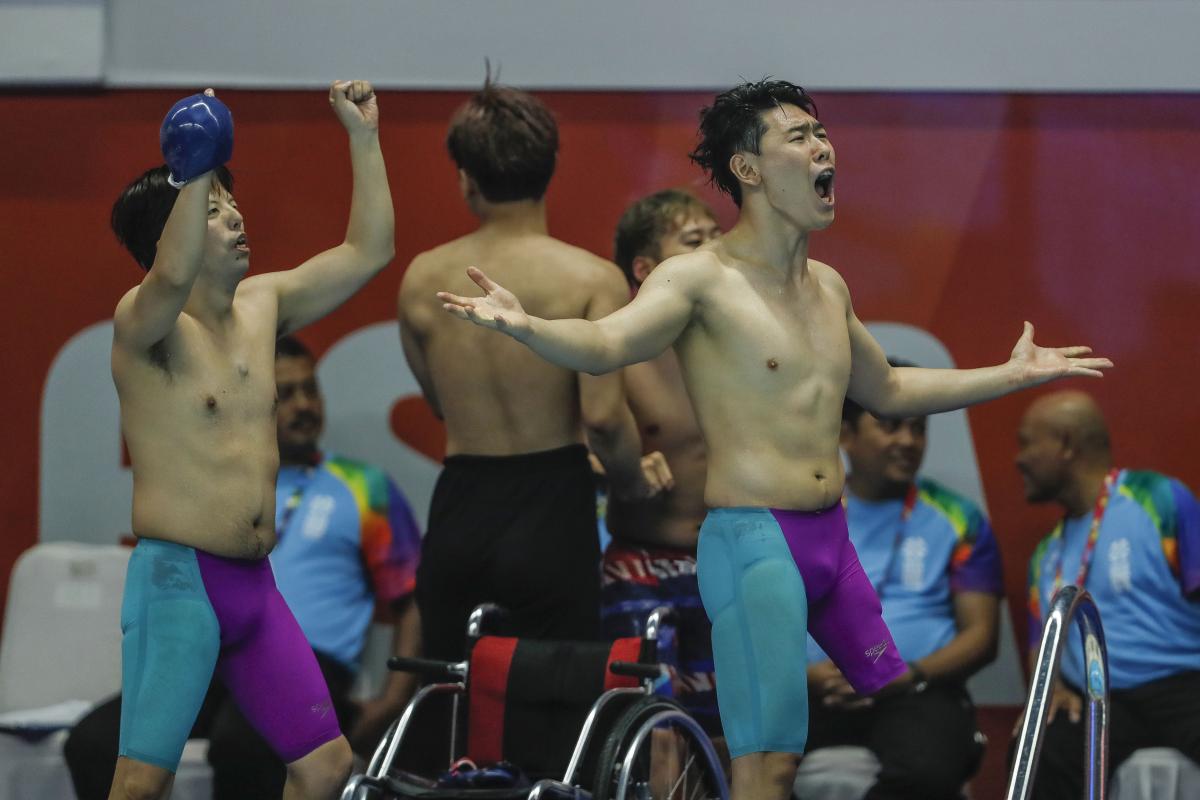 The swimming competition at the Asian Para Games was one of the most dramatic and memorable sports of the whole event. Here are four of the key moments.

The Asian Para Games were the first Para sport competition where South Korea and North Korea competed together.

They even claimed an historic medal as they reached the third place of the podium in the men’s 4 x 100m freestyle relay 34 points on the second night of swimming competition at the GBK Aquatic Centre.

The opening night saw a staggering 16 countries win medals in the pool, with some of the Games’ smallest nations making it to the podium.

The Philippines’ Ernie Gawilan collected two medals; he won gold in the men’s 200m individual medley SM7, then followed it up with silver in the men’s 50m freestyle S7.

“It’s fantastic. I think it’s a combination of several months of work, several training camps and coming and training every day, twice every day, and I’m really happy with the result,” he said.

The Asian Para Games featured one of the most thrilling races of 2018 as a double gold medal was awarded in the men’s 100m backstroke S7.

Japan’s Daisuke Ejima and Ernie Gawilan of the Philippines both touched the wall in a time of 1:19.90. As a result, they both shared the top step of the podium.

Queen of the pool

She first set a new world record in the women’s 200m individual medley SM13 by clocking 2:21.82, three seconds faster than the record she set at Rio 2016.

Fotimakhon followed that up with another world record of in the women’s 100m breaststroke SB13, taking a second off the record set by Italy’s Carlotta Gilli at the European Championships in August.