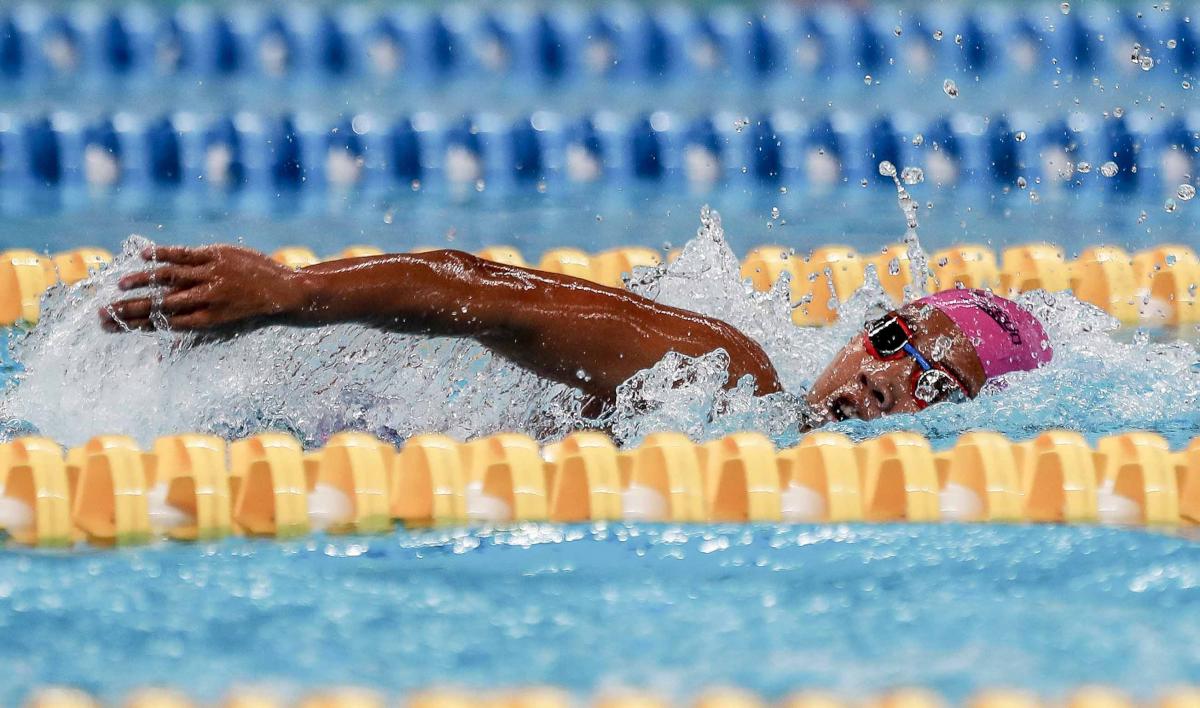 Sixteen countries won medals in the pool on the opening night of swimming competition at the Indonesia 2018 Asian Para Games, but the biggest cheer of the night went to Indonesian teenager Indriani Syuci.

The 17-year-old claimed bronze in the women’s 200m freestyle S14 to the delight of the large home crowd in the GBK Aquatic Centre.

It was a great night for some of the smaller Asian nations who won a number of medals.

The Philippines’ Ernie Gawilan collected two; first gold in the men’s 200m individual medley SM7, then followed it up just an hour later with silver in the men’s 50m freestyle S7.

“It’s fantastic. I think it’s a combination of several months of work, several training camps and coming and training every day, twice every day, and I’m really happy with the result,” he said.

“Lucky I suppose I happened to have my pet event on the first day and given the opportunity to swim the event I love the most, I just gave my all.

“And what I took away from that was the standard of competition, the standard of the organisers, it was a great experience and I came back four years later in 2018, in Jakarta, having won my first Asian Games gold medal.”

Hong Kong’s Tang Wai Lok who won the first medal of the night in the men’s 200m Freestyle S14. He led for the final 250m and beat South Korea’s Cho Wonsang, the fastest qualifier, into second place in a new games record time of 1.57.02.

China started their campaign in the pool strongly with five gold medals, but Japan chased them hard, winning more medals overall but one less gold.

The swimming competition continues on Monday (8 October) at the GBK Aquatic Centre with 23 medals up for grabs. It will be streamed live on the International Paralympic Committee website.