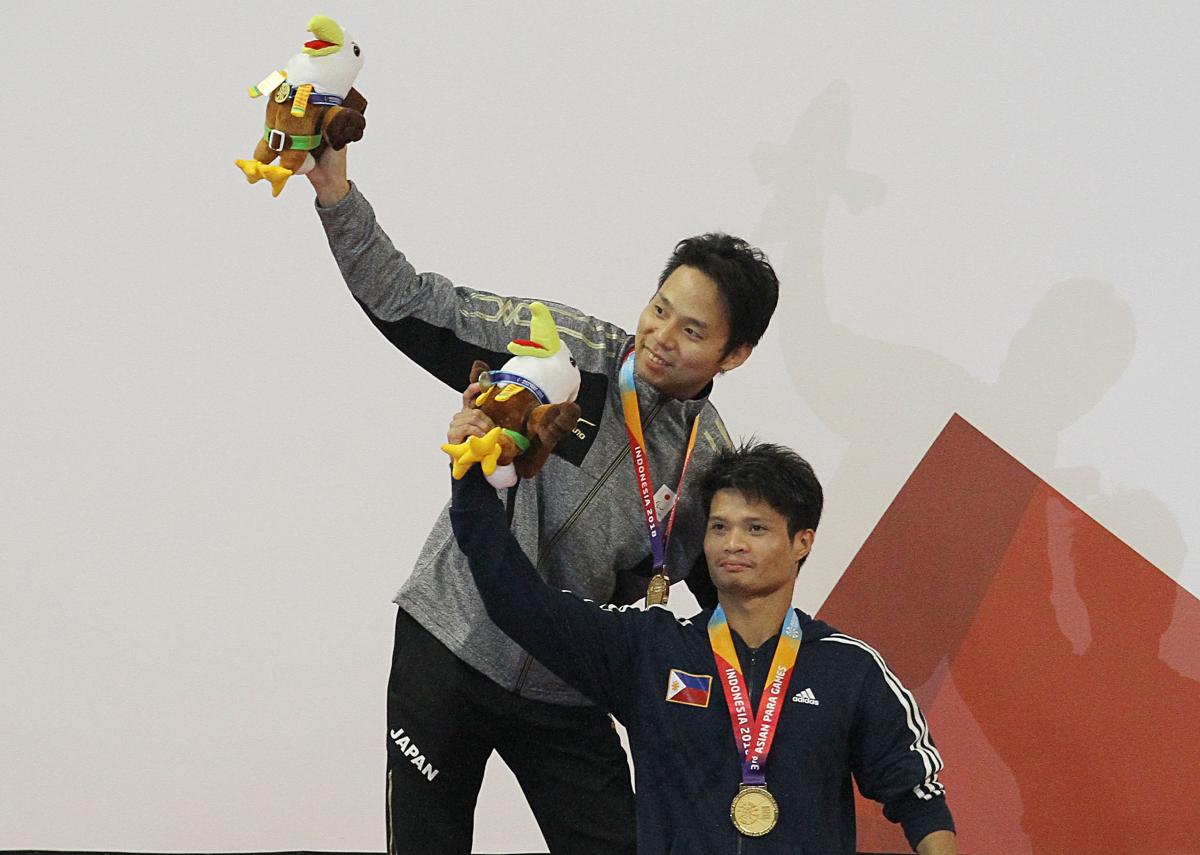 The fourth evening of swimming at the Indonesia 2018 Asian Para Games was the most dramatic yet, with a double gold awarded, a double podium sweep and yet another world record broken in a sensational session.

The night started in extraordinary fashion with the awarding of two gold medals in the same race when Japan’s Daisuke Ejima and Ernie Gawilan of the Philippines both touched the wall in a time of 1:19.90 in the men’s 100m backstroke S7.

This was a second gold medal for Gawilan and Prof. Francis Dias, Chef de Mission for the Philippines team, explained what medals mean for his team’s athletes.

“Besides the prestige and honour that they will be bringing for the country, it really is the opportunity for the themselves to have a little brighter future,” he said.

“The government have legislated a significant incentive scheme for our Para athletes and they will be the first ones to benefit from this scheme. The athletes have worked very hard for their success and they deserve it.”

Not to be outdone, Uzbekistan promptly repeated China’s feat, winning every medal in the women’s 100m breaststroke SB13. Their feat was arguably better, as gold medallist Amilova Fotimakhon broke her own world record in the process, knocking nearly 3 seconds off in a time of 1:09.57.

This was her second world record in two days, but she made clear that she is not finished yet: “I’ve wanted this for a very long time and have prepared with my coach. Tomorrow and the day after tomorrow, I want to break records.”

But again, the loudest cheer of the night went to Indonesia’s golden girl in the pool, 17-year old Indriani Syuci. She bagged her fourth medal of the Games, winning silver in the women’s 100m butterfly S14 behind Chan Yui Lam from Hong Kong.

To round off a special night, the Unified Korean Team were awarded their bronze medals for the men’s 4 x 100m freestyle relay 34 points won two days earlier. It was an emotional moment for the athletes, fans and officials as they saw the Unified Korean flag raised.

On Thursday (11 October) there will be 18 medals at stake on the penultimate day of swimming from the GBK Aquatic Centre.