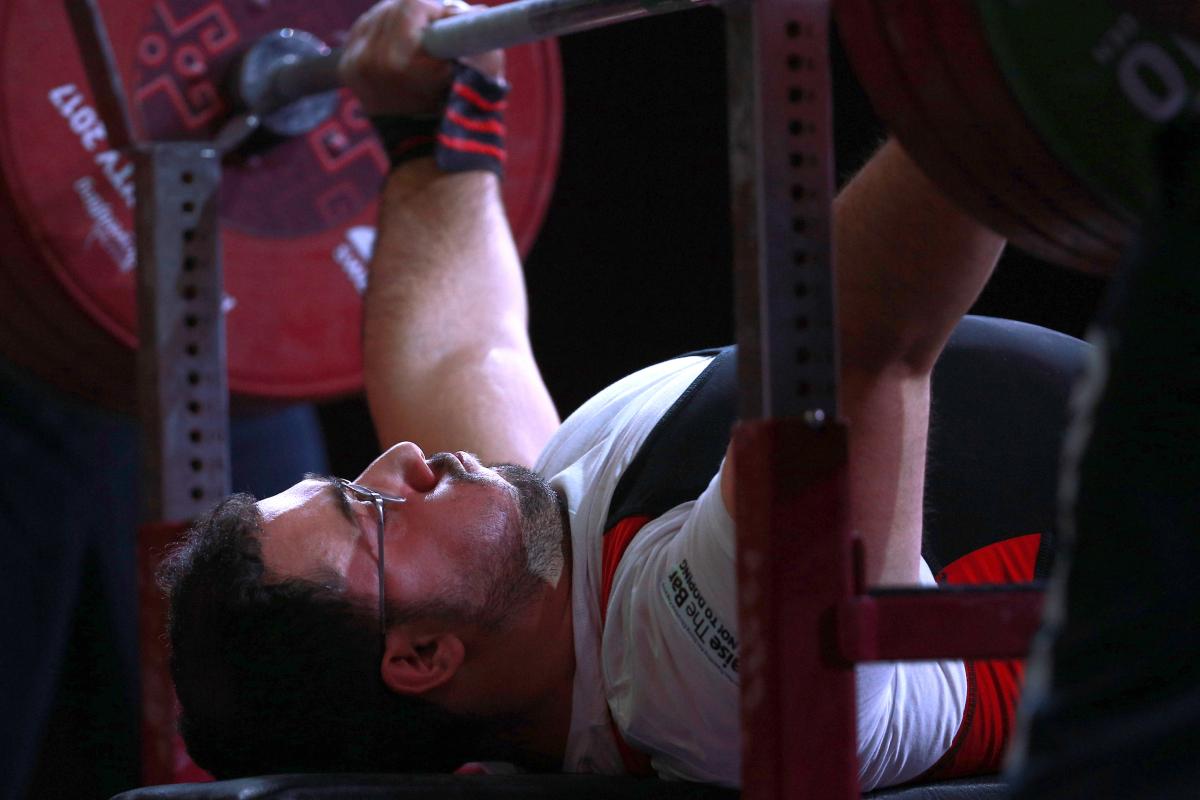 ⒸGetty Images
By Steven Glover | For the IPC and APC

Powerlifting led the way on a day of record-breaking performances at the Indonesia 2018 Asian Para Games, as three sports celebrated new world marks.

Powerlifter Yujiao Tan of China was the first athlete of the day to break a world record - lifting 140.5kg in the women’s up to 67kg to land gold. She was swiftly followed by Roohallah Rostami from Iran, who set a new world record in the men’s up to 72kg by lifting 229kg.

China claimed another two golds at the powerlifting with Lei Liu and Jianjin Cui in the men’s up to 65kg and the women’s up to 61kg respectively.

Over in the athletics field, two more world records were set – both by Chinese athletes.

In the women’s javelin F12, Zhao Yuping beat the previous record by 38cm, throwing 44.96m to claim gold. Her compatriot Yao Juan broke the women’s discus F44 mark to win gold with a throw of 39.01m.

In addition to the two world records, China won seven gold medals in the morning session and five under lights.

Their great day extended to the shooting Para sport arena with an all Chinese podium the highlight as superstar Cuiping Zhang bounced backed to form, winning gold in the R8 (women’s 50m rifle 3 position).

In the pool, Uzbekistan’s Fotimakhon Amilova set the last world record of the day - a new mark of 2:21.82 in the women’s 200m individual medley SM13 eclipsing the previous mark by 0.40 second.

On the road it was South Korea and Malaysia who shared the spoils with two gold medals apiece, including a second title for South Korea’s Lee Doyeon in the women’s road race H2-4 to add to her gold in the time trial on Monday.

China’s Wei Guoping also bagged a second gold in the men’s road race C4 after his TT on Monday.

South Korea also won double gold at the judo while Uzbekistan and China claimed one apiece.