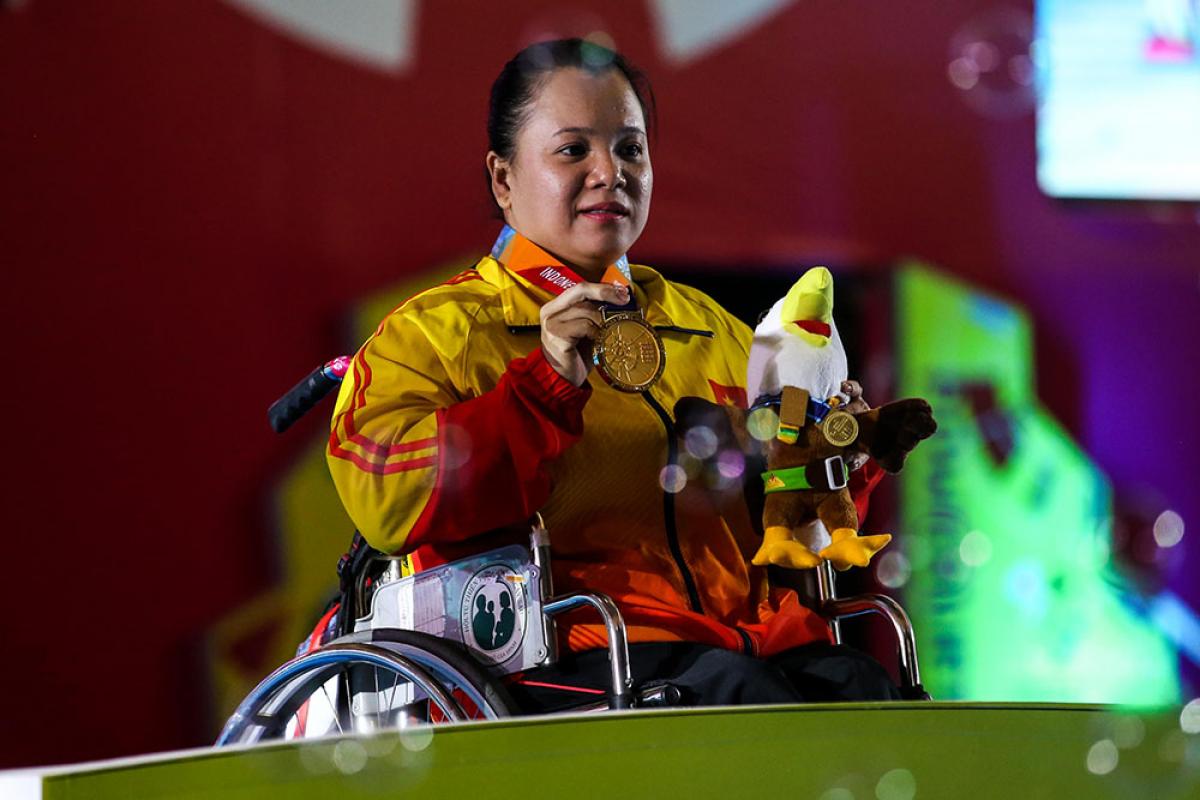 The celebration for the Southeast Asian country was doubled with Chau Hoang Tuyet Loan (women’s up to 55kg) and Nguyen Van Phuc (men’s up to 59kg) also making it to the podiums with the silver and bronze medals, respectively, later in the day.

Bin Ah, the Incheon 2014 champion, opened the account for Vietnam, winning the men’s up to 54kg event with a lift of 178kg, his third attempt.

Rio 2016 Paralympic bronze medallist Linh Phuong then followed suit with a 103kg lift for the gold in the women’s up to 50kg.

However, fan favourite Bin Ah wasn’t too satisfied with his final result after a failed attempt to beat the Asian record of 183kg.

“I was looking to make the Asian record here. But I felt a bit of pain on my right shoulder attempting my final lift of 184 kg. I am a bit unhappy for happy for my fans here who supported me throughout,” said Nguyen Bihn.

The hosts too had something to cheer as Astuti Rani Puji finished third with a 92kg lift in the women’s up to 55kg, which was won by Uzbekistan’s Kuzieva Ruza with lift of 113kg. Tuyet Loan’s silver came with a lift of 105kg.

Iran also had cause to celebrate, with Worlds silver medallist Jafari Arangeh Amir successfully lifting184 kg in his third attempt to bag the men’s up to 59kg gold.

His compatriot Yousefi Pashaki Seyed Yousef booking the second place on the podium with a 175kg lift. Van Phuc’s bronze came with an effort of 161kg.