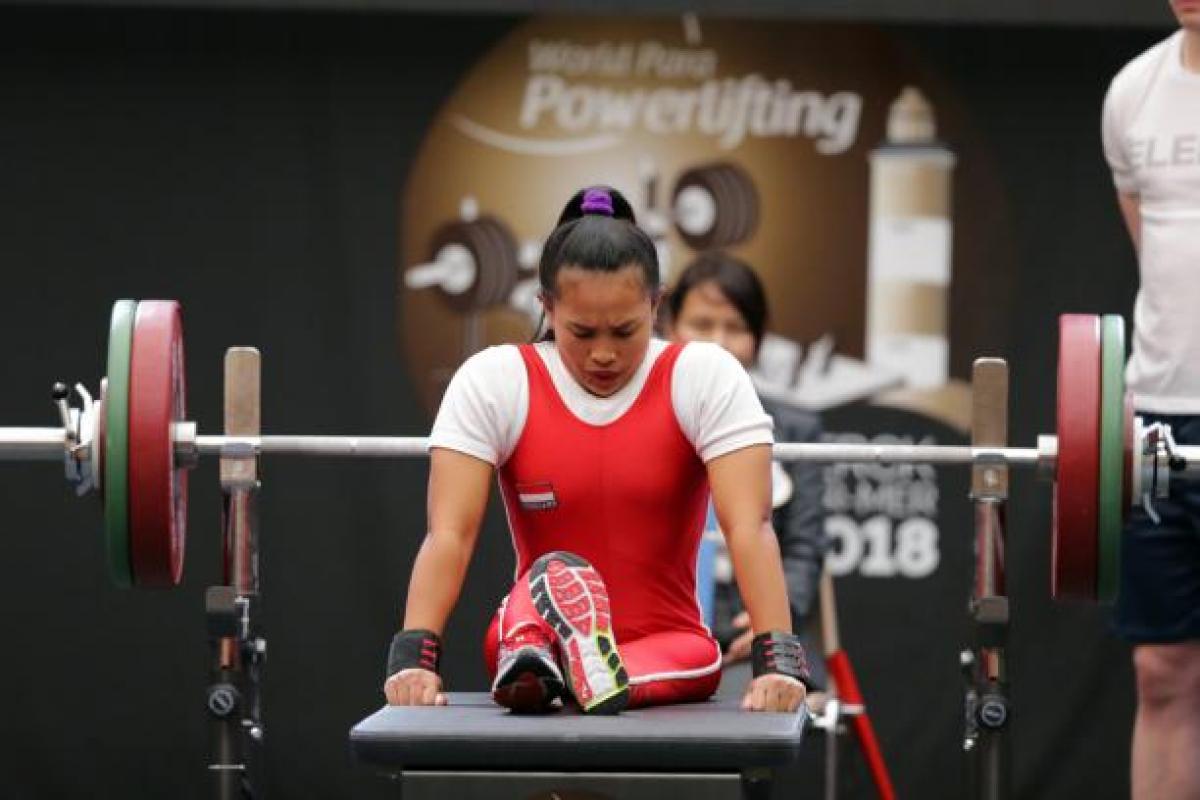 Some of the world’s best Para powerlifters will be keen to assert their status as in their home region when the Asian Para Games 2018 gets underway in Jakarta, Indonesia, beginning Saturday (6 October).

Both the men’s and women’s competitions are anticipated to be highly-contested affairs with the presence of several Paralympic and world champions in the line-up of 166 athletes from 27 nations competing for 20 medals.

Heading into the competition, the teams of Iran and China are expected to dominate the overall medals tally but powerlifters from Kazakhstan, Vietnam and Iraq will push them hard.

One of the most eagerly anticipated events will be the men’s over 107kg competition. Competing here will be the ‘world’s strongest Paralympian’, Siamand Rahman from Iran, a title he earned after an impressive lift of 310kg at the Rio 2016 Paralympic Games. He will come up against his Jordanian Rio opponent Jamil Elshebli amongst others. At the recent Asia-Oceania Open Championships in Kitakyushu, Japan, he hinted that he would try to beat his own world record. “I am saving my best lifts for October´s Asian Para Games,” he said.

Another hotly contested category will be the men’s up to 72kg with Paralympic stars Liu Lei (China) and Iraqi world record holder Rasool Mohsin in the fray. Mohsin will be eager to avenge his Rio 2016 loss this time around.

Meanwhile, Vietnam will expect their first ever Paralympic champion and world record holder Le Van Chong to bring home glory but it will not be easy with the likes of Rio 2016 silver medallist Omar Qarada in the men's up to 49kg line-up.

The United Arab Emirates will be hoping Paralympic champion Mohammed Khamis Khalaf can clinch the gold in the men's up to 97kg category but he will be up against world silver medallist Seyedhamed Solhipouravanji from Iran, while Mongolia will look to make a mark through their only athlete in powerlifting, Sodnompiljee Enkhbayar, a bronze medallist from Rio Games, competing in the men's up to 107kg event.

In the women’s events, records are expected to tumble in the middle-weight categories. The 67kg event looks set to be a repeat of Rio Paralympics finals with China’s world champion Yujiao Tan and Kazakhstan’s Raushan Koishibayeva in contention. The local fans will also have their hopes rest on Rahayu Rahayu, a medallist at the Incheon 2014, to be in the mix.

Asian champions from Vietnam Hoang Tuyet Loan Chau should fight it out against Thai star Wandi Kongmuang for the 55 kg gold event as China’s Rio 2016 medallist Zhe Cui will be favourite in the 41kg category.

For the hosts, Indonesia’s hot favourite and Rio Paralympic bronze medallist Ni Nengah Widiasih (45kg) will lead the charge of 13 powerlifters that will also have the likes of Rani Puji Astuti (55kg).

Para Powerlifting, which has been part of Asian Para Games since 2010 Guangzhou Games, will run over six days in the Balai Sudirman Hall at the Gelora Bung Karno Sports Complex. The sport was introduced to the world at the 1984 Paralympics in Great Britain and USA.

Indonesia 2018: Moment of silence to be observed
Imagen