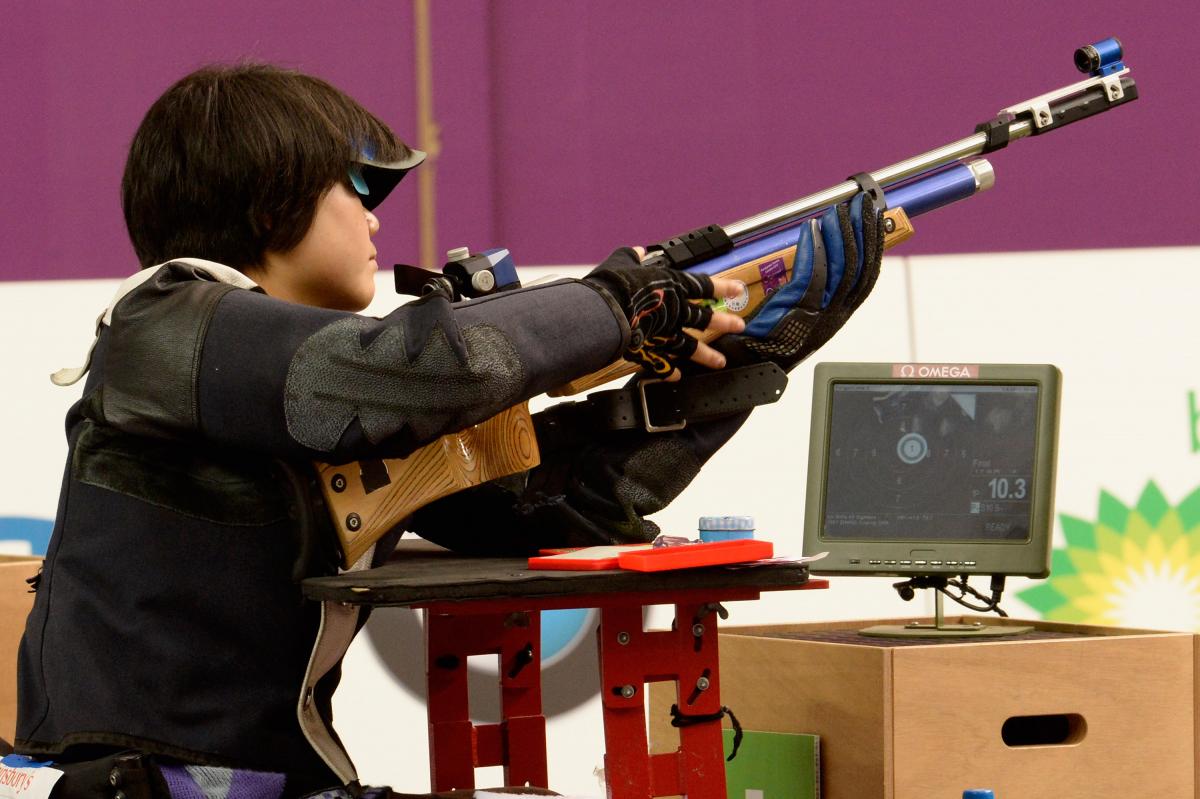 ⒸGetty Images
By Steven Glover | For the IPC and APC

An all-Chinese podium was the highlight of the shooting Para sport competition on Tuesday (9 October) at the Indonesia 2018 Asian Para Games.

She was joined on the podium by Yaping Yan (silver) and Xiaohong Bai (bronze), who exchanged shots all competition in a tight battle for places.

Zhang said it was the first time they had finished in the top three in the same event.

“I am happy with my teammates because they did their best in the event and it is our best result together,” she said.

“I am very happy to get the golden medal because yesterday I lost the gold medal [in the R2]. I didn’t do my best in yesterday’s event but today, I did my best to my normal level.

“I will try my best to win. I hope I can have a usual mind to focus on the next event and I want to do better and do my best in the Tokyo Paralympic Games.”

Another outstanding performance from Sareh Javanmardi saw her win her second gold of Indonesia 2018 with an Asian Para Games record of 237.6. Fellow Iranian Samira Eram took home the silver.

The other two Para shooting gold medals for the day were awarded to India’s Manish Narwal in the P1 (men’s 100m air rifle SH1) and Jiseok Lee of South Korea, who won the R9 (mixed 50m rifle prone SH2) with a Games record score of 244.8.