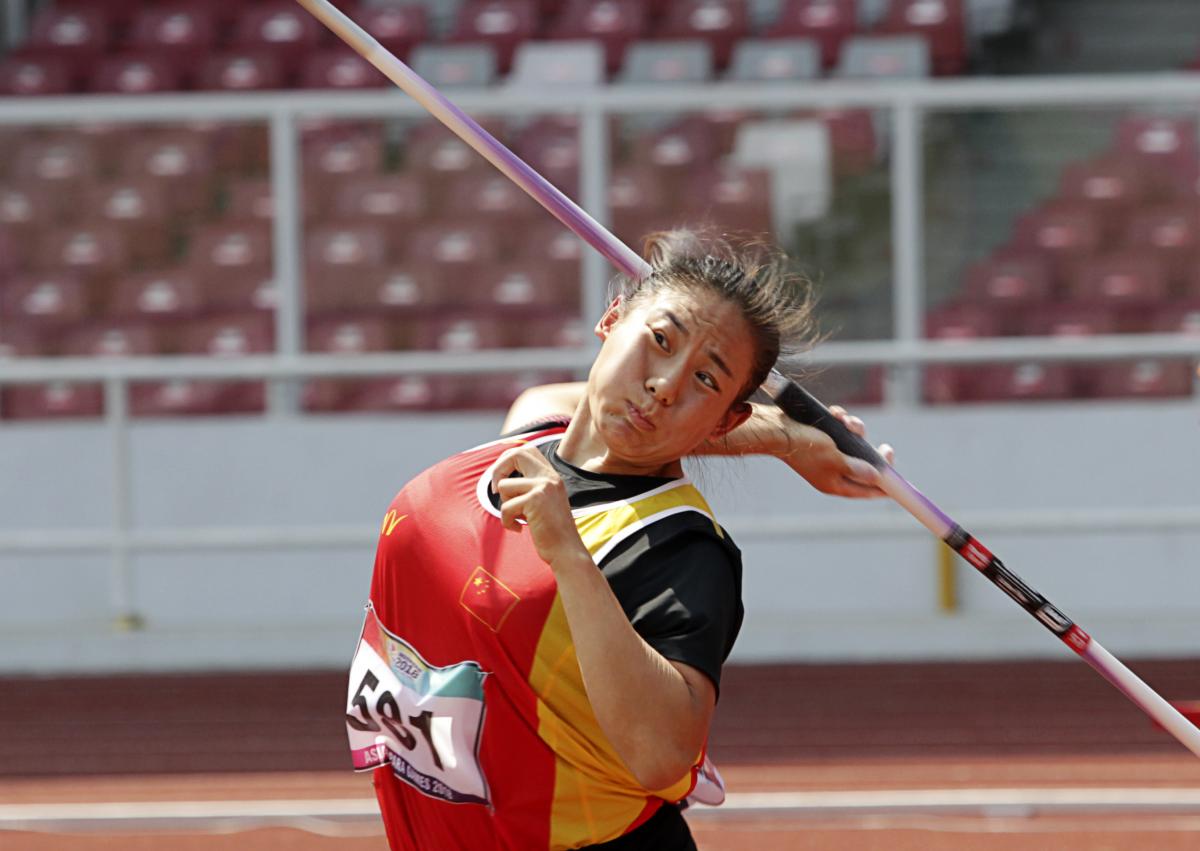 China made a brilliant start to the second day of Para athletics competition (9 October) at the Indonesia 2018 Asian Para Games, winning seven gold medals and breaking two world records in the morning session.

Malaysia had an impressive morning too, with Mohd Nasharuddin winning the men’s 400m T20 race in an Asian record time of 49.32, minutes after Siti Noor Iasah won the women’s 400m T20 title.

“I didn’t expect my gold because I was battling with Japan (Toyama Aimi),” Noor Iasah said.

“But I set my mind, did my best time and I knew I can do it.

“I still keep a respect for all of my competitors and other athletes but I’ve been able to do my best and get the first gold medal for Malaysia.”

Zhao Yuping then went one better – setting a new world record in the women’s javelin F12, throwing 44.96m to take the gold.

And soon it was two new world records, as Yao Juan broke the women’s discus F44 mark to win gold with a throw of 39.01m.

Hao Zhanbiao won the men’s discus F46 to make it three golds in the field for China.

But they were not finished there. Back on the track the breakout star of the last Asian Para Games - Liu Cuiqing – was back in action. The Chinese T11 athlete won five golds at Incheon 2014, and comfortably continued that trajectory by winning the women’s 200m T11 at Indonesia 2018.

Iran were another other nation to win multiple golds in the morning session. Olad Mahdi set an Asian record of 14.00m to win the men’s shot put F11, beating his own previous record by 86cm.