Indonesia 2018: Super Sapto does the double 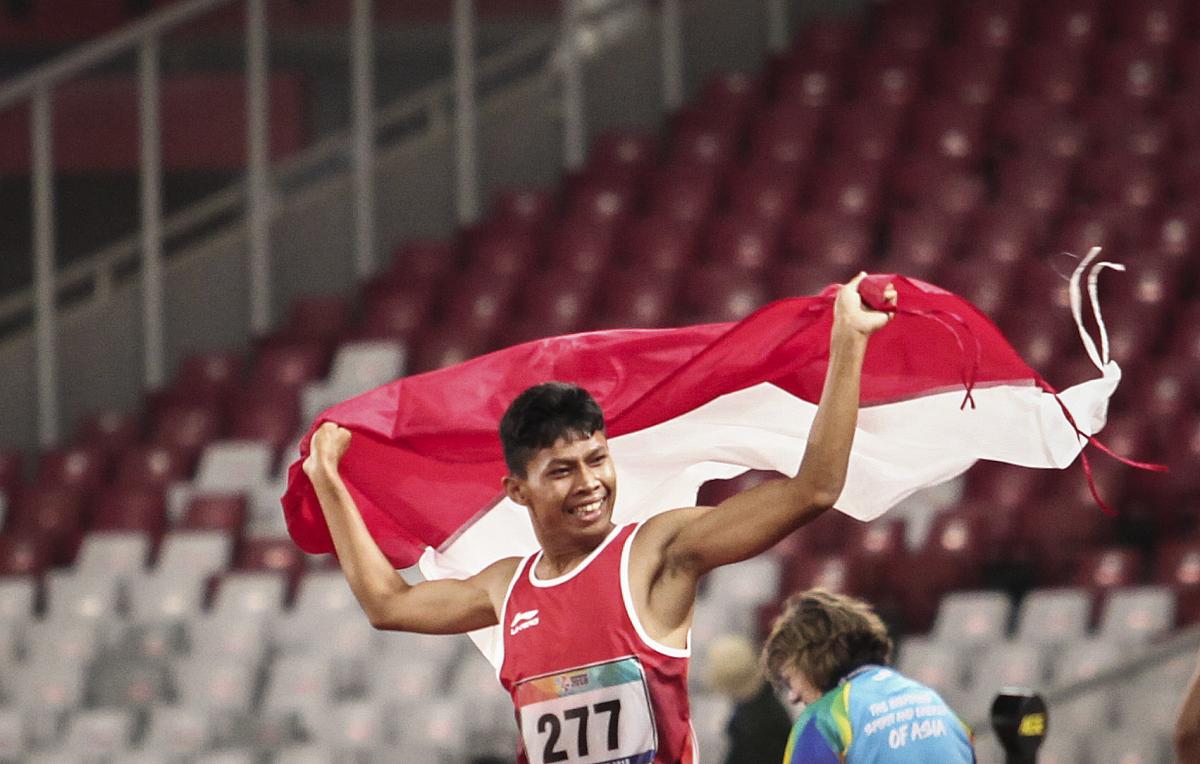 Indonesia’s Sapto Yogo Purnomo put in another stirring performance at the Gelora Bung Karno Stadium in Jakarta, securing an athletics gold for the second successive night at the Indonesia 2018 Asian Para Games.

Yogo Purnomo added the men’s 100m T37 title to the men’s 200m T37 gold medal he won the night before, his time of 11.49 again inspiring a spirited response from the parochial home crowd.

The 20-year-old still has the men’s 400m T37 to run and the prospect of a famous local treble is sure to keep the crowds coming.

Thakur produced a strong run and knew he had it sewn up by the final couple of metres, so turned his head towards the crowd and punched the air before embracing the vocal India camp and posing for numerous photos.

The men’s 100m T36 was another memorable race, with Malaysia Mohamad Ridzuan winning a gold medal after finishing second at the Incheon 2014 Asian Para Games. It was a poignant victory for Ridzuan, who was beaten in 2014 by then-teammate Mohammad Mat Lazin. Lazin died in a motorbike accident three months after winning that gold medal.

Celebrations were not just reserved for champions. Oman’s Al Harrasi Taha Abdullah Rashid earned the bronze medal in the men’s 100m T36 and revelled in his moment almost more enthusiastically than anyone else throughout the day’s competition.

Another world record was also set following the two in the morning session. Iran’s Farzad Sepahvand broke the men’s discus F44 world record, winning the gold medal with a distance of 54.61m.

That was followed by a dramatic final in the men’s high jump T45/46/47, with Thailand’s Angkarn Chanaboon clearing 2.01m to break both the Asian and Games T47 record. China’s Chen Hongjie and India’s Pal Ram both won a silver medal after jumping 1.94m, which was also a personal best for Ram.