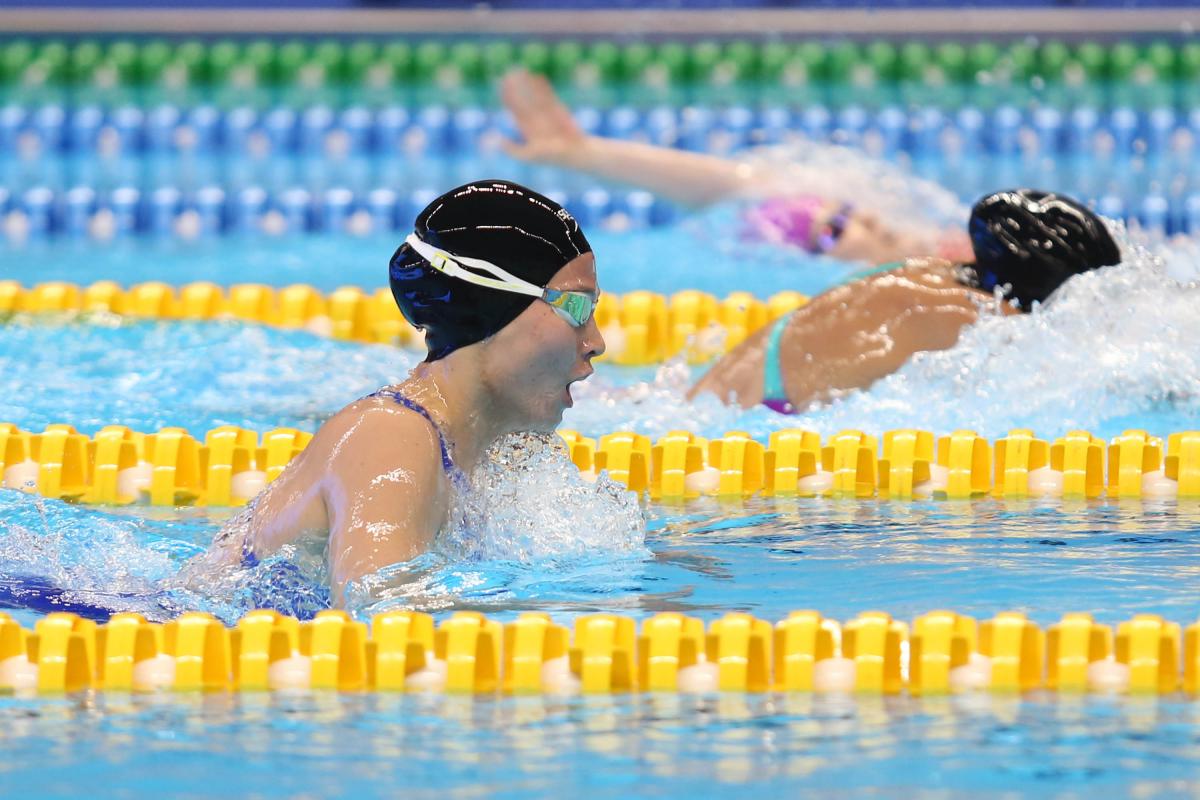 It was a night of record-breaking swimming action at the Indonesia 2018 Asian Para Games, with some of the fastest times yet in the pool on day three (9 October). The evening session at the GBK Aquatic Centre got off to a cracking start with the Games record being broken in five out of the first six events.

In the seventh event, the men’s 200m individual medley SM13, Uzbekistan’s Horlin Dimitry stepped up the pace and broke the Asian record by over a second in a time of 2:14.20. The gold is his third medal of Indonesia 2018.

In the very next race his teammate, Amilova Fotimakhon went one better as she stormed to victory in the women’s 200m individual medley SM13, setting a new world record of 2:21.82.

Uzbekistan also took silver in both the men’s and women’s race, making it a memorable 10 minutes in the water.

The Chinese domination of the pool continued with a stunning 12 golds won and five Games records set. They claimed 16 medals in total from 20 events to stretch their lead at the top of the medals table. Japan were close behind with 13 medals but only four of theirs were gold.

Japan’s Ike Ari was beaten to gold by China’s Chen Yi in one of those Games record-breaking performances in the women’s 200m individual medley SM10, and the silver medallist admits she needs to improve.

“I am so happy but today wasn’t my best time, I was two seconds off my best. I lost it in the last 50m. Tomorrow I have the 100m breaststroke and the 400m freestyle to go and I’m going to give it my best,” Ari said.

For the home crowd, the highlight of the night was a double medal in the men’s 100m breaststroke SB8. Gunter Gunter took silver and Zulkarnain Zaki touched behind him in third to send the Indonesian fans wild.