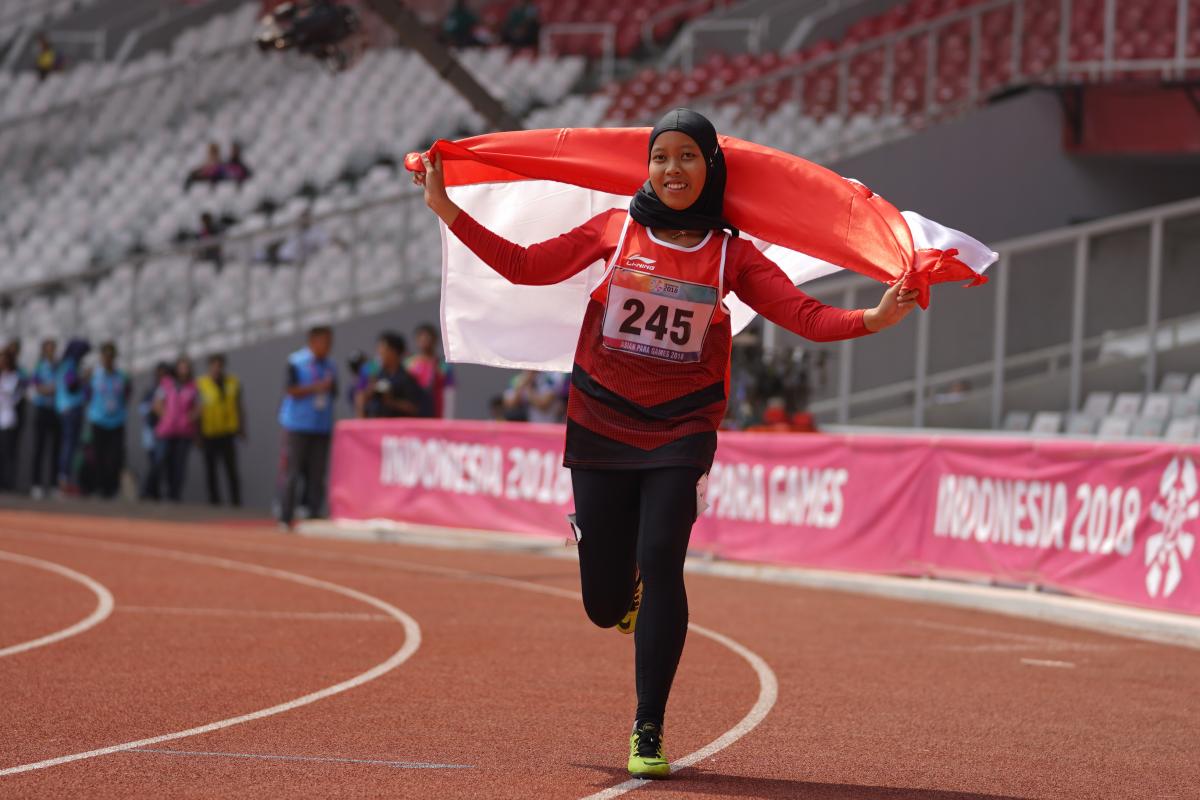 Indonesia’s Karisma Tiarani will leave the Asian Para Games with a gold and silver medal after thrilling the home crowd with a golden win on the track on Wednesday (10 October).

Tiarani said she was happy and proud to win gold in front of her adoring Indonesian fans.

“The supporters encourage me that’s why I could be here and stand up at these Games,” she said.

The morning session was dominated by 100m finals and a string of record-breaking performances on the field.

Iran’s Mahdi Olad beat his own Asian record by 1.09m in the men’s discus F11. He threw 42.37m with his fifth attempt to claim the record and gold. Iran’s Arian Lofti also claimed bronze in the same event.

Alireza Mokhtari Hemami beat his own Asian record in the men’s shot put F53 with an 8.73m which was 38cm longer than his previous personal best. This gold medal added to his bronze in the men’s discus F51/52/53.

China’s Xiaoyan Wen improved on her silver in the 200m when she upset Asian record holder and compatriot Fenfen Jiang. She won the women’s 100m T37 in a new Asian record time of 13.50.