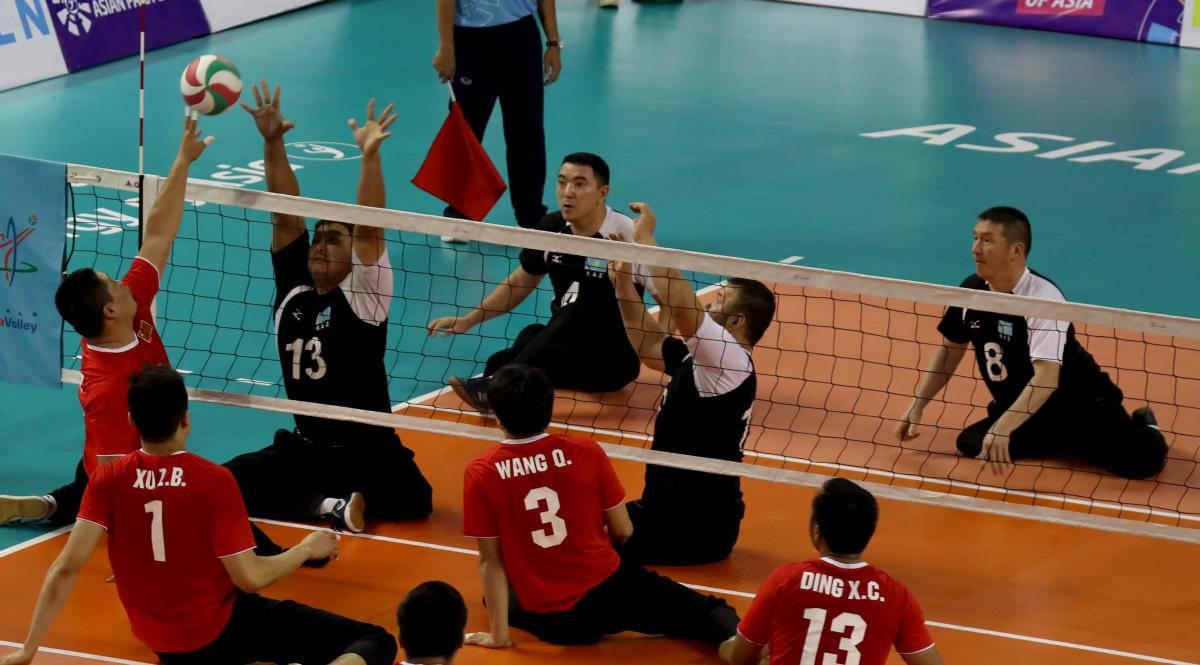 China earned a hard-fought place in the final of the men’s sitting volleyball at the Indonesia 2018 Asian Para Games after a 3-1 win over Kazakhstan.

China opened up a two-set lead before Kazakhstan fought back to win the third set 25-15.

The fourth set was a great tussle but the energy and spirit of the Chinese team came to the fore.

Wang Qiang was one of his side’s best players, setting up several points and providing energy and direction on the court.

The Chinese also cleverly avoided the opposition’s tallest player, Demeuov Alexandr with several smart plays which resulted in points at key moments in the contest.

Kahakhstan coach Takhauov Bauyrzhan tried shuffling his players throughout the pivotal fourth set but it was to no avail as China secured the win 25-23, 25-21, 15-25 and 25-21.

Chinese captain Ding Xiaochao said he was excited and happy to progress to the gold medal final.

“Kazakhstan were equally as strong but my team was preparing more than them so maybe that was the reason for today’s performance,” Xiaochao said.

“All the players were at their best today.”

The gold medal match for the men’s and women’s events will feature on Thursday 11 October at the GBK Indoor Tennis Centre.