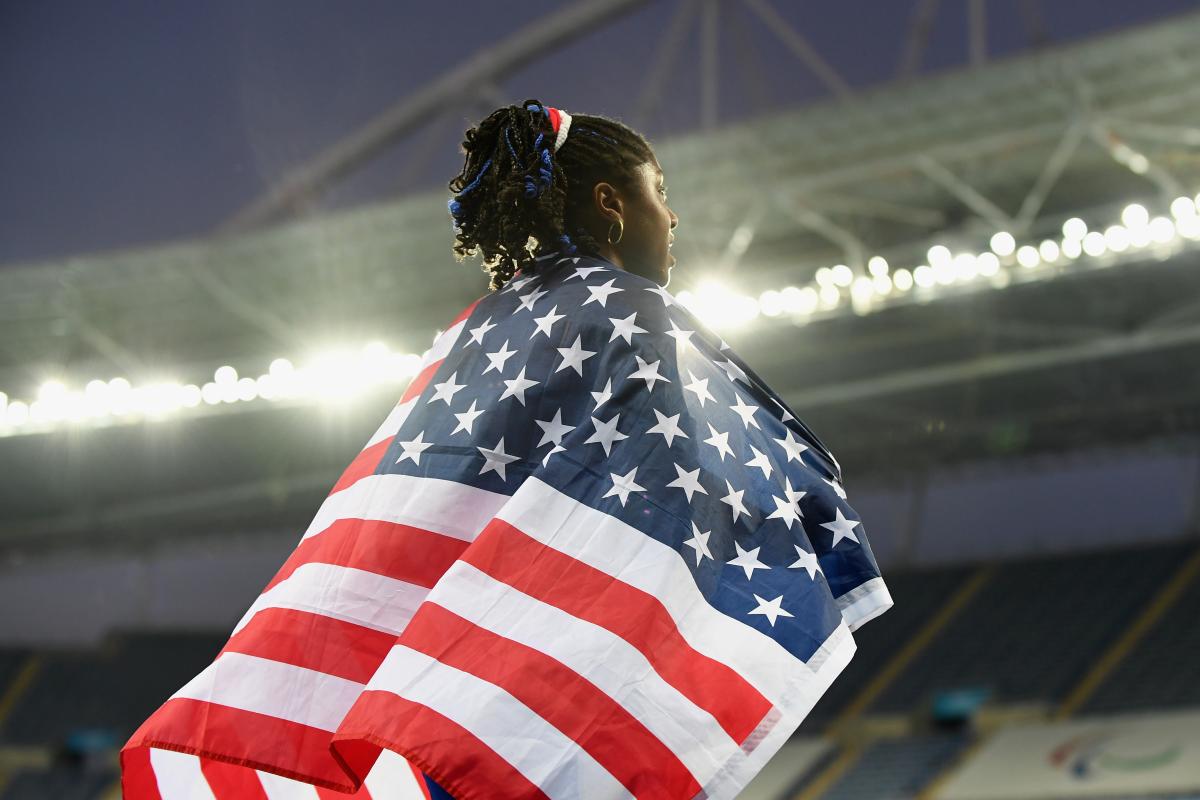 Paralympic and world champion Breanna Clark smashed her own world record in the women´s 400m T20 on Saturday (16 June), the final day of competition at the Arizona Grand Prix in the USA.

Clark took an impressive 0.34 seconds off the mark she set at last year’s World Championships as she crossed the line in 55.99 seconds. With her sights set on further global success, she believes she’s got what it takes to go even faster.

“It was tiring but I went through it just like I practised. I crossed the finish without slowing up,” said the 23-year-old, who is coached by her mother Rosalyn, a silver medallist at the 1976 Olympics.

“Breaking the world record takes hard work. I hope to break more records by next year and 2020.”

The Arizona Grand Prix doubles as the US Nationals this year and many of USA’s top Para athletes were in action.

Reigning world champion Jarryd Wallace added to his victory over 100m on Friday (15 June) with a straightforward win in the 200m T64. The 28-year-old clocked 22.11, more than a second clear of his rivals.

Six-time Paralympic gold medallist Ray Martin (57.51) notched up his second win of the competition with a convincing victory in the men’s 400m T52, although he had to make do with second place in the 1,500m T52 behind countryman Nicholas McCoy (3:41.81).

Out in the field, three-time world champion Lex Gillette continued his winning ways in the men’s long jump T11 at the Arizona Grand Prix.

The 34-year-old has won the event since the first Grand Prix back in 2013, and this time 6.20m proved good enough to take gold.

Paralympic champion David Blair took the win in the men’s discus F44 with a best of 62.92m; three-time world champion Jeremy Campbellwon in the F64 class with 62.51m.

There was success for overseas Para athetes too – Trinidad and Tobago’s Paralympic and world champion Akeem Stewart threw 59.30m in the men’s discus F43 and won the javelin F43 too with 55.96m; Australia’s world silver medallist Guy Henly managed 47.78m to win the discus F37; Mexico’s Gabriel Buenaventura took the top spot in the men’s javelin F46 with 54.05m and Canada’s Alister McQueen threw 51.46m in the javelin F64.