“This event completes our major international calendar for this Paralympic cycle and begins the next. It will also be a great opportunity to continue developing the sport across Asia and the world."

World Para Powerlifting has confirmed that Astana, the capital city of Kazakhstan, will stage the 2019 World Championships. It has been chosen over the Kazakh city of Almaty due to a stronger support from the city’s government which will result in improvements in the venue, and a wider promotion and development of the sport across the country and Asia.

The Worlds will now take place between 29 June and 6 July instead of the original dates of 28 July-3 August. The Junior World Championships will be held on 29 June and the Opening Ceremony one day later before competitions for the senior categories get underway.

A ´Raise the Bar!´ Anti-Doping Seminar will be conducted from 27-28 June. ´Raise the Bar – Say No! to Doping´ seeks to reach out to athletes and their support networks at international competitions to give them the opportunity to speak with and learn from experts with years of anti-doping knowledge and experience.

A Sports Forum will also take place on 7 July.

World Para Powerlifting Senior Manager Jorge Moreno said: “We are convinced that this change will help us deliver an even better World Championships, the first to be held in Kazakhstan. We want to thank the government of the city of Astana for their support and trust.

“This event completes our major international calendar for this Paralympic cycle and begins the next. It will also be a great opportunity to continue developing the sport across Asia and the world.

“Kazakhstan is a strong country in powerlifting and is getting better each year. In 2015 they organised a successful Asian Championships and we are sure new heights will be reached at the 2019 World Championships.”

Yerlan Suleimenov, Executive Director of the Kazakhstan National Paralympic Committee, said: “We are pleased that the 2019 World Para Powerlifting Championships will be held in Kazakhstan and we will take an active part in it as an organiser of such a huge sports event.

“It is no secret that the Rio 2016 Paralympic Games and the silver medal won by powerlifter of Raushan Koishibayeva was a brilliant example that this sport has great potential in our country, and it has to be developed.

“I think that the hosting of the 2019 World Championships is an excellent way to show that Para sport is making steps forward and gaining momentum in Kazakhstan. It will give an incentive for people with impairments to get involved in sport in our country.”

2018 African Championships to be held in Algiers

World Para Powerlifting has also confirmed the capital city of Algeria as host city for the 2018 African Championships, between 27 and 29 July. A ´Raise the Bar!´ Anti-Doping Seminar will take place from 25-26 July.

A high level of competition is expected in Algiers since Africa produces several of the strongest powerlifters in the world such as Nigerians Lucy Ejike, Ndidi Nwosu, Josephine Orji and Paul Kehinde, and Egyptians Sherif Osman and Randa Mahmoud, among others.

The full powerlifting competition calendar for 2017-2020 is available online. 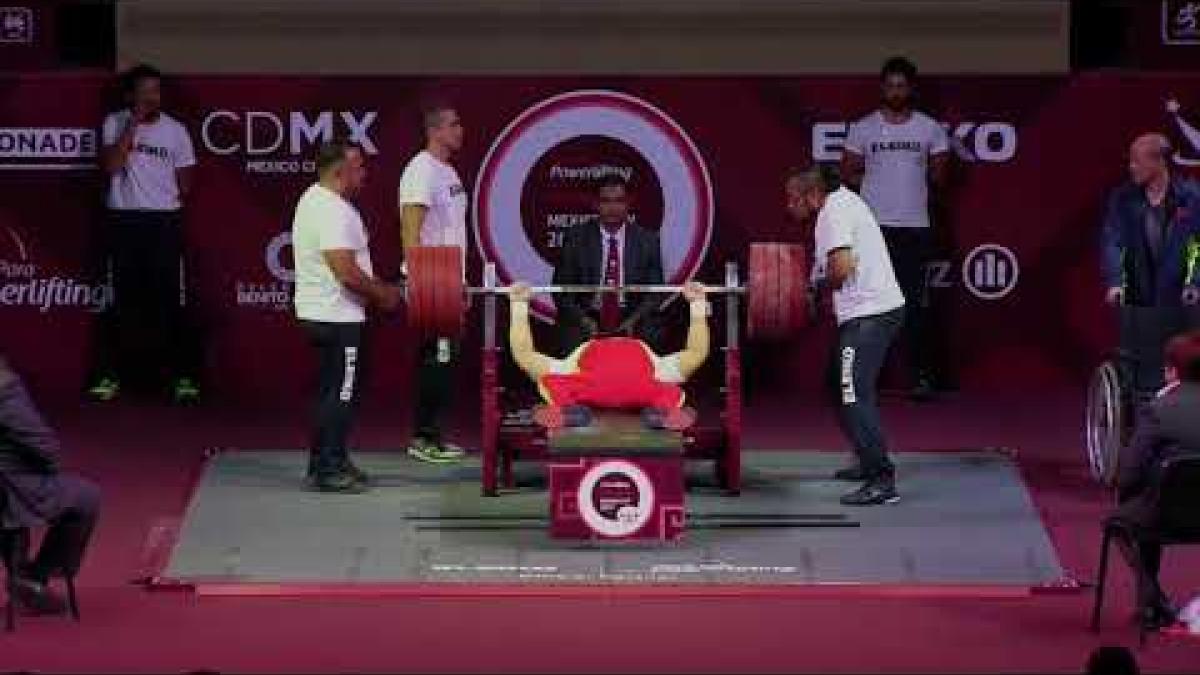