Ray Martin and Hannah Cockroft are among the stars lining up for battle on another day of keenly-fought competition on the track and in the field. 10 Sep 2016 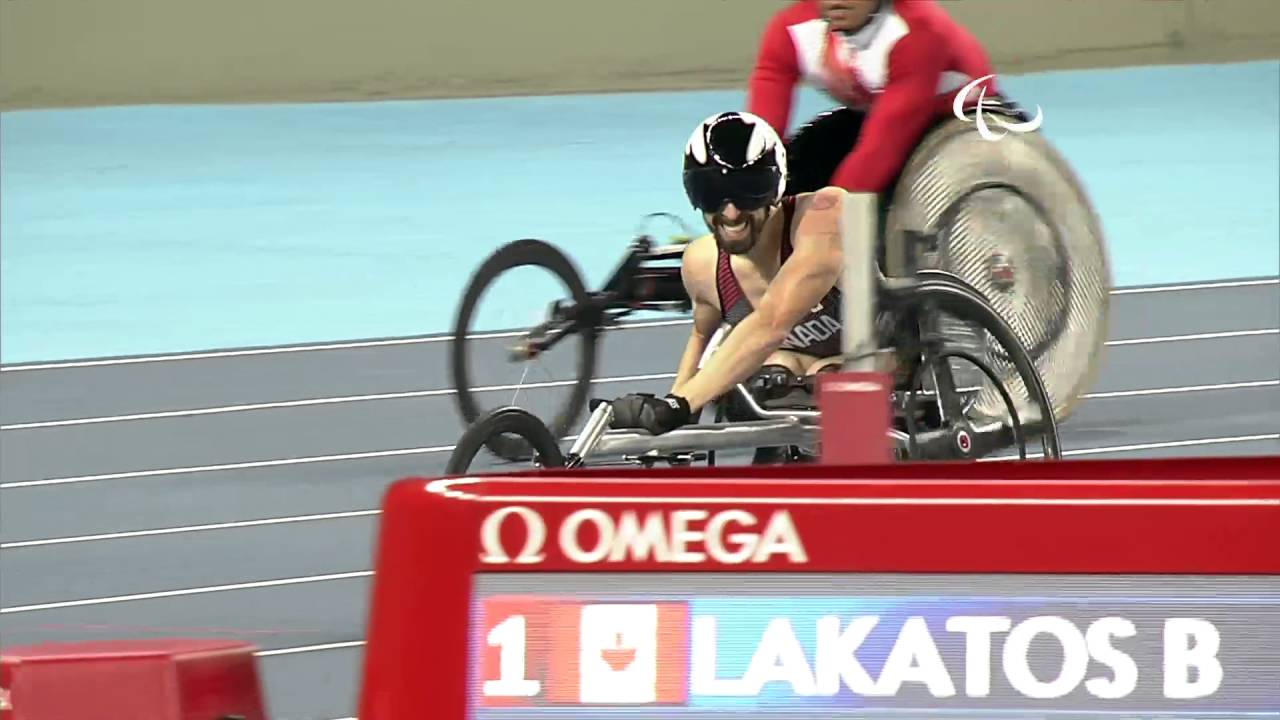 Sixteen Paralympic gold medals are up for grabs on the third day of track and field competition on Saturday (10 September) at Rio 2016.

The USA’s defending champion Ray Martin goes in the men’s 100m T52, where he will have to hold off the likes of his compatriot Gianfranco Iannotta, as well as Mexico’s Salvador Hernandez Mondragon, the silver medallist behind Martin four years ago.

Great Britain’s multiple Paralympic and world champion Hannah Cockroft is also looking to retain the title she won in front of a home crowd at London 2012.

The 24-year-old is the only Para athlete in the field to go under 18 seconds and will start as favourite.

Almutairi Ahmad could win Kuwait’s first track and field gold of Rio 2016 if he maintains his domination of the men’s 100m T33 event. The 22-year-old already has the world title to his name – he is the current world record holder too, and starts as the man to beat.

Tunisia’s Abbes Saidi, Frenchman Louis Radius and Australia’s Deon Kenzie stood on the podium at Doha 2015 winning gold, silver and bronze respectively. But it’s Kenzie who is the fastest of the year so far, after setting a new world record of 4:08.16 in Sydney, Australia, in April.

Watch out too for South Africa’s talented young sprinter Ntando Mahlangu in the heats of the men’s 200m T42. He may be only 14 years old but he is already making headlines, having finished second behind Great Britain’s Paralympic and world champion Richard Whitehead at the IPC Athletics Grand Prix Final in July.

Brazilian sprinters Lucas Prado and Felipe Gomes – silver and bronze medallists in the 100m T11 at London 2012 – will be hoping the crowds get behind them when they line up in the heats of the men’s 100m T11.

One man they are likely to face come the final is US world champion and world record holder David Brown, who starts in the last of the five heats.

The 26-year-old has yet to win a Paralympic title but Rio 2016 could surely provide her best chance yet. Italy’s 2013 world champion Martina Caironi presents the biggest threat to Low’s ambitions.

Brazilian Shirlene Coelho can expect plenty of home support as she lines up in the women’s javelin F37 final. Paralympic champion in London four years ago, the 35-year-old also won the world title last year and will face the likes of Chinese thrower Na Mi as well as Venezuela’s Yomaira Cohen, ranked number two in the world behind Coelho.

Australia’s Todd Hodgetts is also hoping to add to his collection of Paralympic titles with a win at Rio 2016. The 28-year-old shot put F20 defending champion faces a strong field, including the two men he beat to gold at London 2012 – Sweden’s Jeffrey Ige and Malaysia’s Muhammad Zolkefli. Watch out too for Greek thrower Dimitrios Senikidis, second in the world this year.