Both sides won one game each on Saturday in the three-match playoff to decide which side takes the final berth at March’s IPC Ice Sledge Hockey World Championships B-Pool. 31 Jan 2015
Imagen 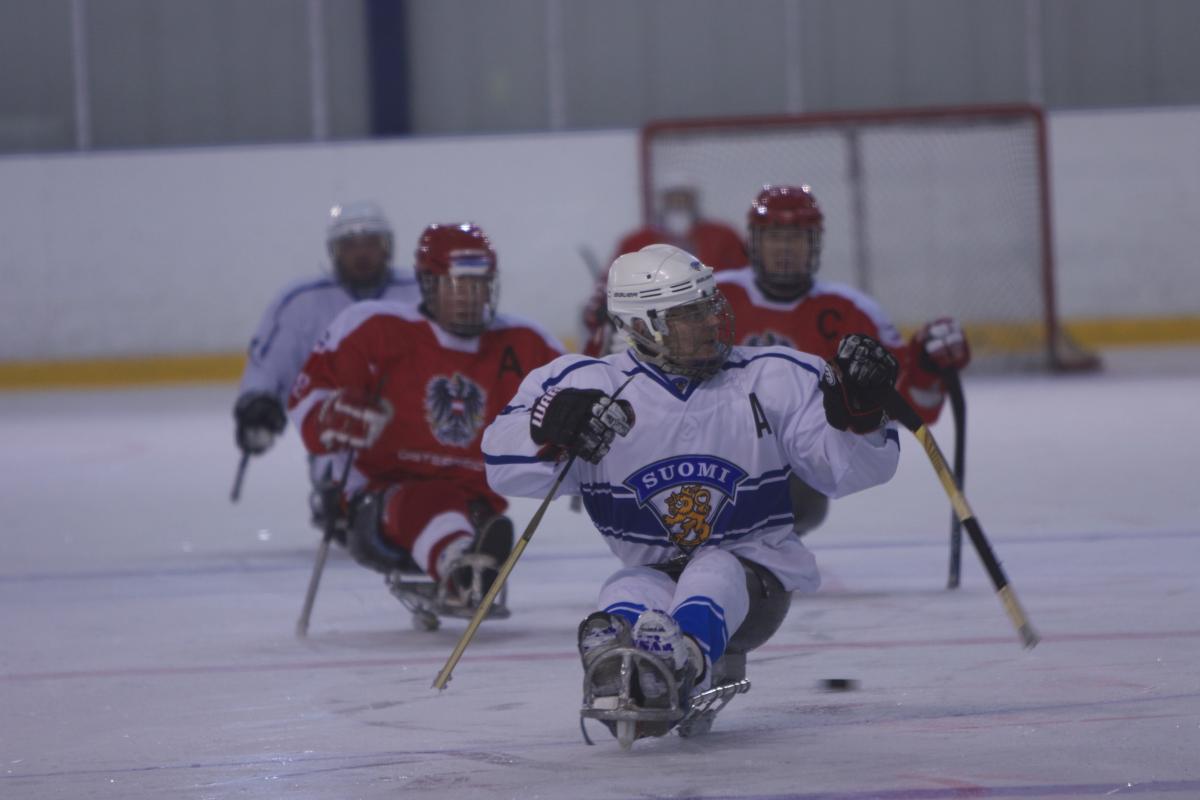 Austia and Finland shared the spoils in Helsinki, Finland, on Saturday (31 January) in the three-match play-off to decide which team takes the final place at the 2015 IPC Sledge Hockey World Championships B-Pool, to set-up a thrilling decider on Sunday (1 February).

In the first of Saturday’s two games at Malmi ice rink, Austria drew first blood with a 1-0 victory thanks to a goal from Martin Pachoining 10 minutes 40 seconds into the second period.

Austria had the slight edge during the first period having two shots on goals to Finland’s solitary effort.

Finland dominated the period with six shots on goal, however it was Austria who took the lead with their only effort on goal. Against the run of play Juergen Haindl and Kai Habeler set-up the chance for Pachoining to fire home the winner, shortly after Finland’s Seppo Joensuu had served a penalty for interference.

Despite losing Haindl for unsportsmanlike conduct in the final period, Austria clung on for the win and put themselves in pole position to qualify for March’s B-Pool Championships in Ostersund, Sweden.

The second match of the day was a tense and often fiery encounter which hosts Finland went onto win 1-0 to level the best of three series.

A very even but goalless opening period saw both sides have two shots each on goal and a player from either side serve time in the penalty bin.

The home crowd was sent into raptures 3:59 into the second period when Seppo Joensuu netted following an assist from Harri Kangastie.

Despite Austria piling on the pressure with six shots on goal in the final period, they could not find an equaliser and Finland held on to set-up Sunday’s decider.

The two C-Pool sides will meet for a third and final time at 10:00 on Sunday morning. The winners will join South Korea, Great Britain, Slovakia and Poland and the host nation Sweden at the World Championships B-Pool between 15-21 March.