'This means a lot, because it’s the first time Para is included in the European Championships, and I know there is a very strong field in Para rowing in Europe' 12 Oct 2020
Imagen 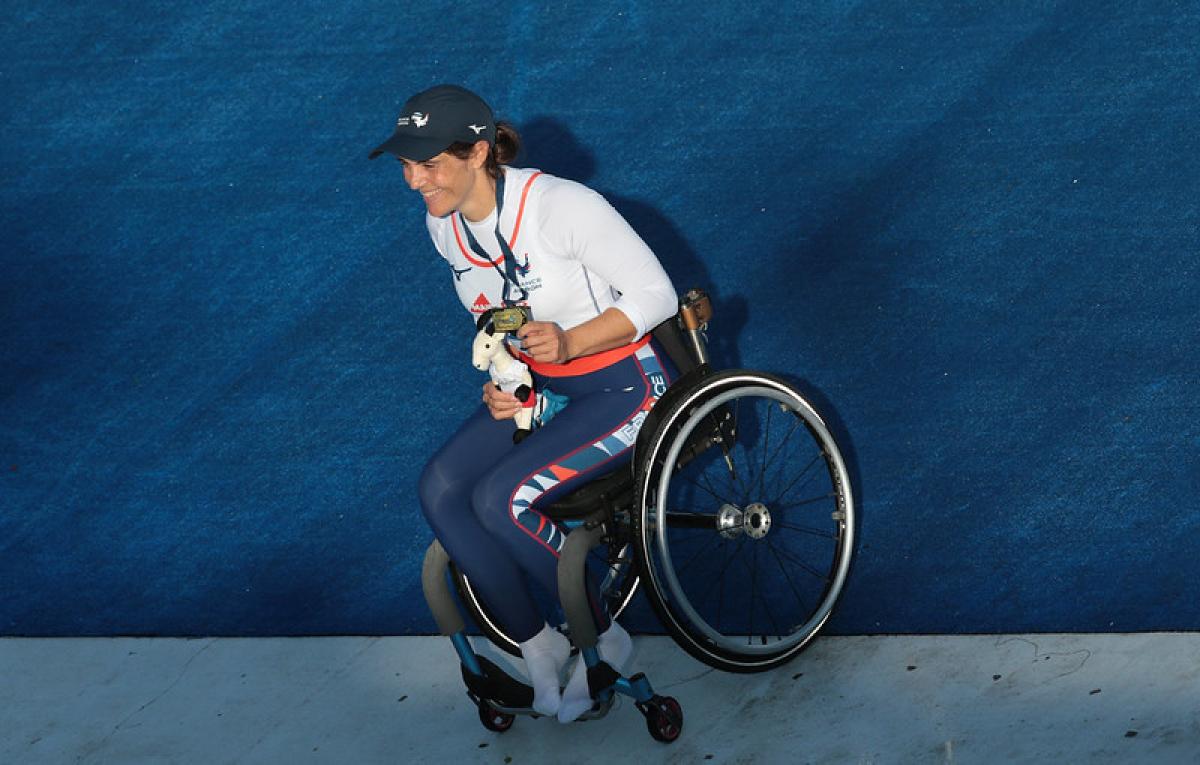 ALL SMILES: Nathalie Benoit of France poses with her gold in the PR1 women’s single sculls (PR1W1x) at the Rowing European Championship.
ⒸWorld Rowing
By World Rowing / IPC

Nathalie Benoit of France claimed the top honours in the PR1 women’s single sculls (PR1W1x) at the Rowing European Championship with a time of 10min51.68sec to finish ahead of Ukraine’s Anna Sheremet 11:02.17 and Germany’s Sylvia Pille-Steppat in 11:17.9 on Sunday, 11 October, in the Polish city of Poznan.

“This means a lot, because it’s the first time Para is included in the European Championships, and I know there is a very strong field in Para rowing in Europe,” said a jubilant Benoit, who led by more than a length at the 500m marker and held off threats from the young Sheremet who is, by comparison, relatively new to the sport.

“That was a very good race for me. Today we had great weather and conditions. It’s great to be racing with the other athletes today,” said Sheremet.

Pille-Steppat too was pleased with her bronze medal effort saying, “Better conditions today with less wind. I had higher expectation with my position in the heat but I’m still glad with this result.”

In the PR1 men’s single sculls (PR1M1x) final, Paralympic Champion Roman Polianskyi of Ukraine lived up to his reputation and went on to clinch the title with a time of 09:59.42. Russia’s Alexey Chuvashev came second in 09:47.83 while Germany’s Marcus Klemp finished third in 09:59.42.

“We had a great atmosphere in our team. But we still always have to work hard. Coming here and winning means a lot to me,” said a delighted Polianskyi, who won gold at Rio 2016 and was crowned world champion in Austria last year.

The PR2 mixed double sculls (PR2Mix2x) final was won by Dutch pairing of Annika van der Meer and Corne de Koning with a time of 08:19.77.

They finished ahead of Ukraine’s Svitlana Bohuslavska and Iaroslav Koiuda, who clocked 08:26.55, while Polish duo Jolanta Majka and Michel Gadowski with 08.29.03 stood third.

“Very special to win here. We pretty much live for this moment. We haven’t raced for 14 months. So it’s great to do this,” said a jubilant de Koning. 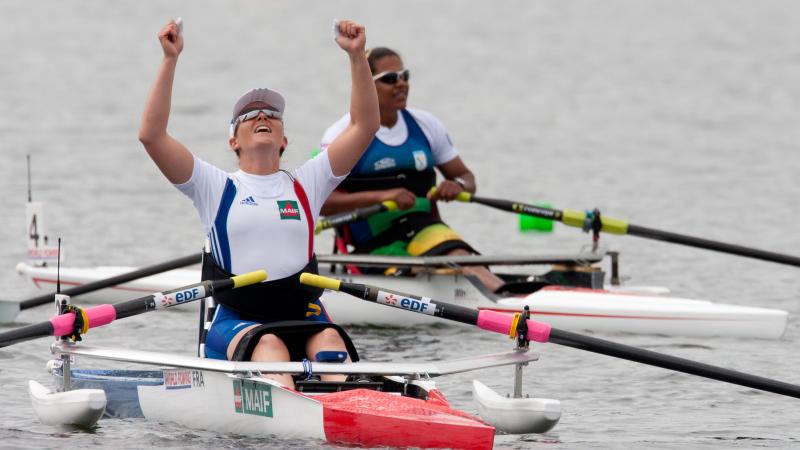