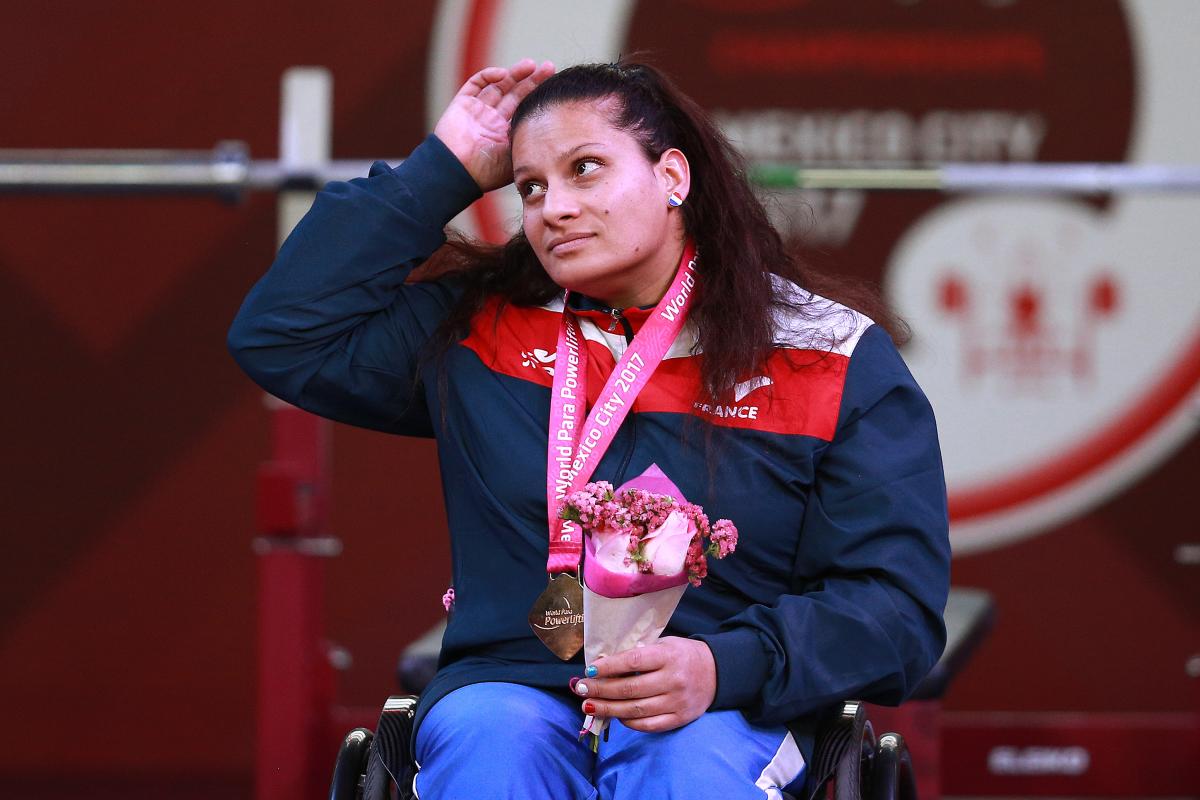 French powerlifters will be hoping for home success when they compete at Berck-Sur-Mer 2018 World Para Powerlifting European Open Championships, between 25 and 29 May.

Check out who they are and what chances they have of reaching the podium in this year’s first regional championships.

Axel Bourlon (men’s up to 54kg): Bourlon will make his international debut, having so far competed only at national events. The 27-year-old is fresh from winning the French Para Powerlifting Championships. A top five-finish in Berck-Sur-Mer would be an excellent result for him.

Jonathan Lorch (men’s up to 65kg): Lorch has competed mostly at national competitions throughout his career, with the exception of the 2010 World Championships in Kuala Lumpur, Malaysia, where he finished 12th. He will need to perform above his expectations to reach the podium. The home crowd may help him do so.

Julien Avom Mbume (men’s up to 80kg): At 22-years-old, the youngest member of the French delegation has chances of reaching the podium after winning the national competition with a 165kg lift. His biggest rivals? Poland’s Wawrzyniec Latus and Greece’s Gkremislav Moysiadis.

Julien Camdessoucens (men’s up to 97kg): It will not be easy task, but the 31-year-old may have a shot at bronze at his second European Championships after competing in Alexin, Russia, in 2013. Poland’s Mateusz Woroszyl appears as clear candidate for gold in the category.

Patrick Ardon (men’s up to 54kg): Seeks a podium-finish on home soil after ending sixth at the Mexico City 2017 World Championships. With Nigeria’s world and Paralympic champion Roland Ezuruike as strong candidate for gold, Ardon will be fighting for bronze with Great Britain’s Ali Jawad and Greece’s Dimitrios Bakochristos.

Pauline Vincenti (women’s up to 67kg): It will be the first Para powerlifting competition for the 28-year-old.

Rafik Arabat (men’s up to 88kg): After winning bronze at the 2015 Europeans in Eger, Hungary, the 27-year-old is hoping to take a leap forward on home soil. Arabat is one of France’s biggest medal hopes together with Souhad Ghazouani.

Souhad Ghazouani (women’s up to 73kg): As home crowd favourite, world record-holder, reigning world champion and Paralympic gold medallist, the 35-year-old is in excellent position to fight for her third successive European title.