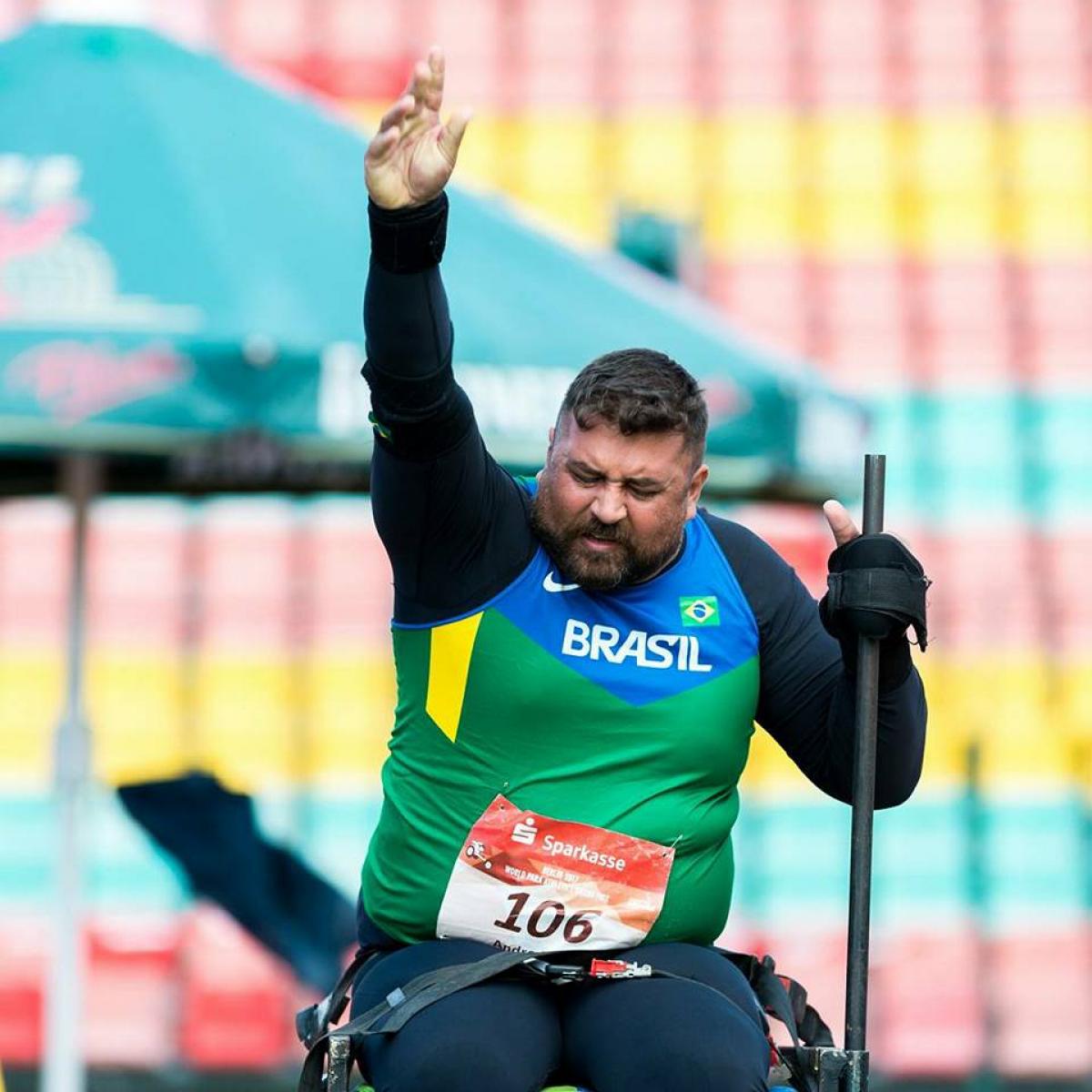 There was double delight for Brazilian Andre Rocha at the Berlin Grand Prix in Germany, as the F52 thrower notched up two world records in the field.

Rocha, who missed several months of Para athletics in early 2016 after spinal cord surgery, has already been in record-breaking form this year, setting new marks in the shot put and discus F52 back in April.

The former military police officer, who suffered a spinal cord injury 12 years ago after falling off a wall, added a further 14cm on to his previous shot put best with his opening round throw of 11.60m.

Twenty-four hours later, Rocha added 15cm on to the discus F52 world record he set less than three months ago with his first throw of the day – a massive 23.24m.

Field events dominated the action at the final Grand Prix of the 2017 series, which took place at the city’s Friedrich Ludwig Jahn Sports Park just one month out from the 2017 World Para Athletics Championships.

Paralympic champion and local favourite Sebastian Dietz was just 11cm short of the F36 world record mark in the men’s shot put F36-38 as he took the win with a best of 15.23m.

In the long jump competitions, South Africa’s Paralympic champion Hilton Langenhoven (T12) managed a best of 6.85m – 22cm shy of his winning jump at Rio 2016. The 33-year-old had been targeting the seven-metre mark in Berlin; he will be hoping that distance comes at next month’s World Para Athletics Championships. The USA’s T11 jumper Lex Gillette finished second with a best of 6.17m.

Poland’s reigning world and Paralympic high jump T44 champion Maciej Lepiato lay down his marker ahead of the defence of his world title as he won with a 2.15m clearance. The 28-year-old had attempted to clear 2.20m – one centimetre higher than his current world record – but failed to set a new mark.

Full results can be found online