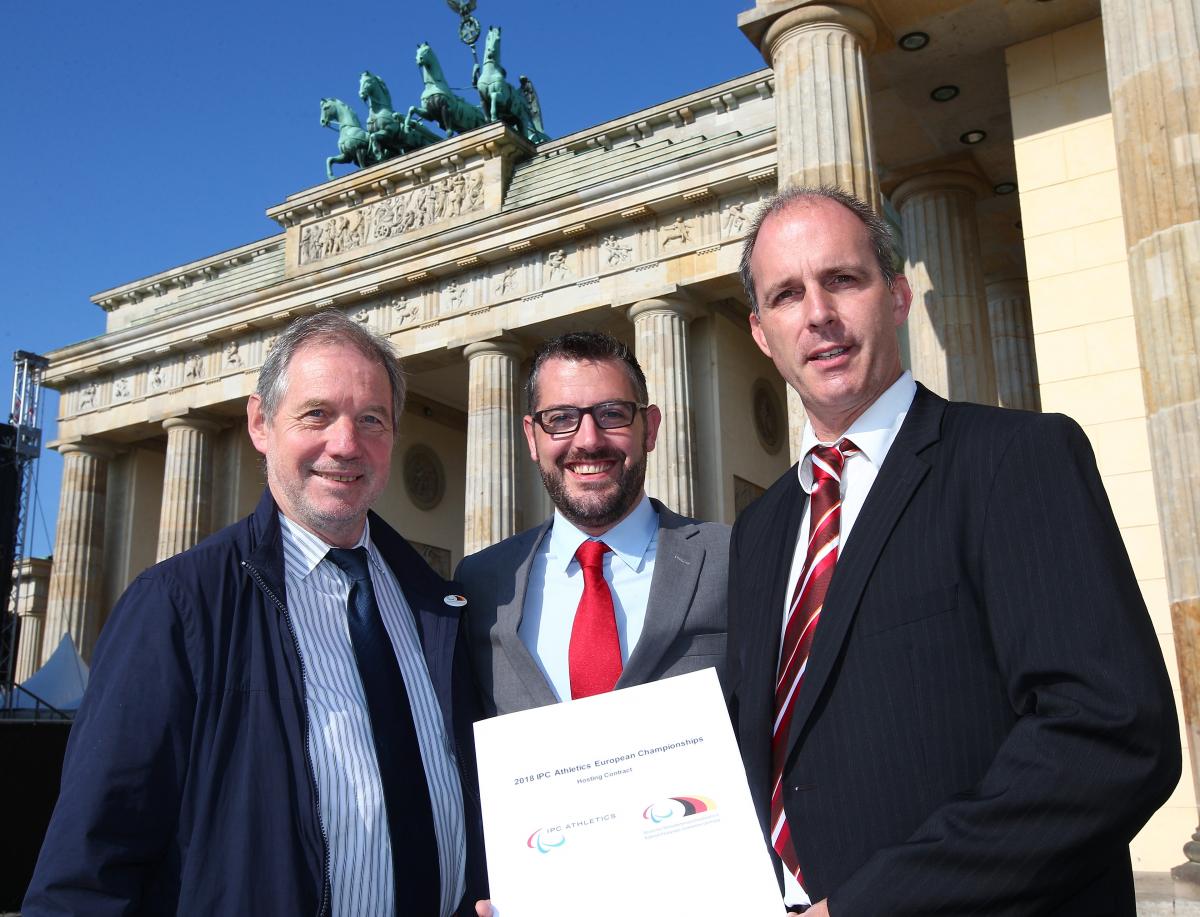 “We are very excited that the 2018 European Para Athletics Championships will be staged in the German capital, a city with an excellent track record for staging major athletics events."

Taking place at the Friedrich Ludwig Jahn Sportpark - a venue that has staged an annual IPC Athletics Grand Prix since 2013 - the event between 20-26 August 2018 is set to attract more than 600 athletes from 40 countries.

The Championships will be organised by IPC Athletics, the National Paralympic Committee (NPC) of Germany and Behinderten-und Rehabilitations-Sportband Berlin.

Ryan Montgomery, the IPC’s Director of Summer Sports, said: “We are very excited that the 2018 European Para Athletics Championships will be staged in the German capital, a city with an excellent track record for staging major athletics events.

“The Championships will take place with roughly two years to go until the Tokyo 2020 Paralympic Games and will be one of the biggest Para athletics events of the year. As a result, I’m expecting some extremely strong competition with Paralympic champions from this September’s Rio Games locking horns with world champions from next year’s event in London.

“This venue has successfully staged Grand Prix events for the last four years and has a reputation for delivering fast times and long distances. We have seen a number of world and regional records broken in Berlin over the last few years, and I expect to see many more in 2018 as the performance level of Para athletes continues to increase.

“We look forward to work with NPC of Germany and the Behinderten-und Rehabilitations-Sportband Berlin to deliver a hugely successful event.”

Friedhelm Julius Beucher, President of NPC Germany, said: “We are glad and proud that the German capital will host the next European Championships in 2018 – a competition that will take place exactly between the Rio 2016 and Tokyo 2020 Paralympic Games.

“We are convinced that Berlin will deliver excellent Championships and we hope for a big attention, especially because this competition will begin just after the European Championships for athletes without disabilities. It is our wish that there are many spectators who will certainly be fascinated by Para sport. I am sure that we will have a highlight in Berlin.”

Klaas Brose, Director of Behinderten-und Rehabilitations-Sportverband Berlin, said: “This is a fantastic opportunity for Berlin to host this great event. For all of us, volunteers and staff, this for sure will be an extraordinary time.”

The last European Para Athletics Championships were staged this June in Grosseto, Italy, and attracted more than 600 athletes from 36 countries. For the third successive time, Russia topped the medals table taking home 51 European titles, whilst 25 world records were broken. Germany finished fourth in the medals table with 43 medals, including 13 gold, thanks to the likes of sprinter Johannes Floors, long jumpers Markus Rehm and Vanessa Low, and throwers Birgit Kober and Franziska Liebhardt.