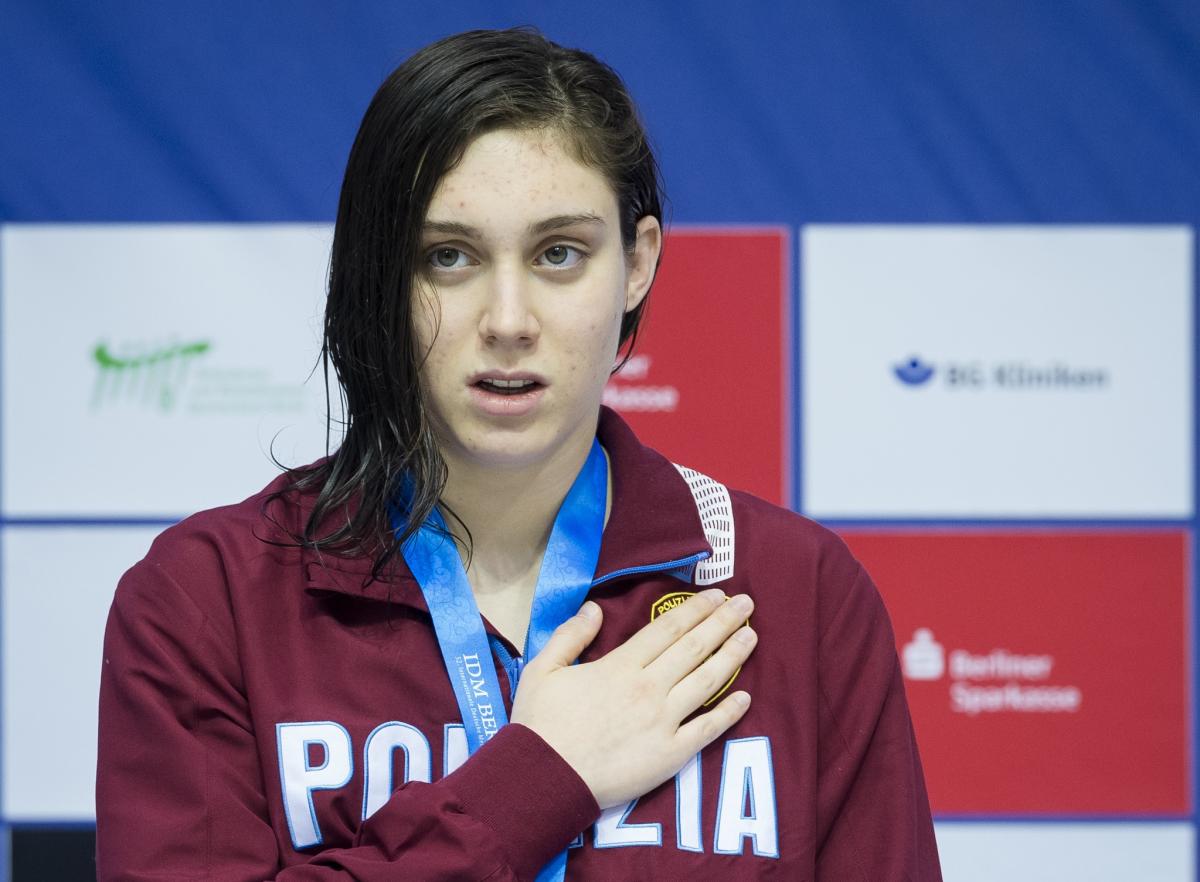 Italy’s Carlotta Gilli broke her second world record on Saturday (9 June), the penultimate day of competition at the World Para Swimming World Series in Berlin, Germany, before dedicating her win to a teammate who passed away last week.

The 17-year-old five-time world champion clocked 2:25.37 in the women´s 200m butterfly to knock a whopping six seconds off the mark of 2:31.88 set by British swimmer Rhiannon Henry 13 years ago in an event in Portland, USA.

“It is a tough event for me but I decided to give it a try and then see if I wanted to take part in it at this year´s European Championships in Dublin and next year´s World Championships in Malaysia. And it went well,” said Gilli who also broke the world record in the 400m individual medley on Friday.

“I want to dedicate this victory to Para ice hockey player Andrea Chiarotti, who recently passed away. He was someone very important for the Paralympic Movement in Italy,” added Gilli.

Ihar Boki extended his winning streak in Berlin by breaking Canadian Paralympic legend Michael Edgson´s 28-year-old world record of 2:18.58 in the men´s 200m butterfly S13. The Belarusian clocked 2:04.06 to set his fifth world record at the final World Series of 2018.

“I am happy with the performance I am having in Berlin as it motivates me ahead of my big goal of the year: the European Championships in Dublin,” he said.

Boki took gold with 917 points and so far has won three golds and one bronze in Berlin. Poland´s Michal Golus (729) and Uzbekistan´s Muzaffar Tursukhujaev (679) collected silver and bronze, respectively.

“I am happy. I broke the world record at the first World Series in Copenhagen so I did not really know if I could go faster tonight. I was nervous but I broke it again and am very happy,” she said. “How am I going to celebrate? Probably sleep a lot.”

Firdavsbek Musabekov (SB13) broke the world record in the men´s equivalent after clocking 29.68, a time that did not secure him top spot on the podium. That honour went to Japan’s Takayuki Suzuki who with 938 scored six points more. Belgium´s Parmentier Aymeric (851) sealed bronze.

Competition will conclude on Sunday (10 June) with 27 medals up for grabs.

The scores for the overall rankings are calculated by adding up the swimmer´s two best point scores achieved in two different World Series events.

Full results can be found online.