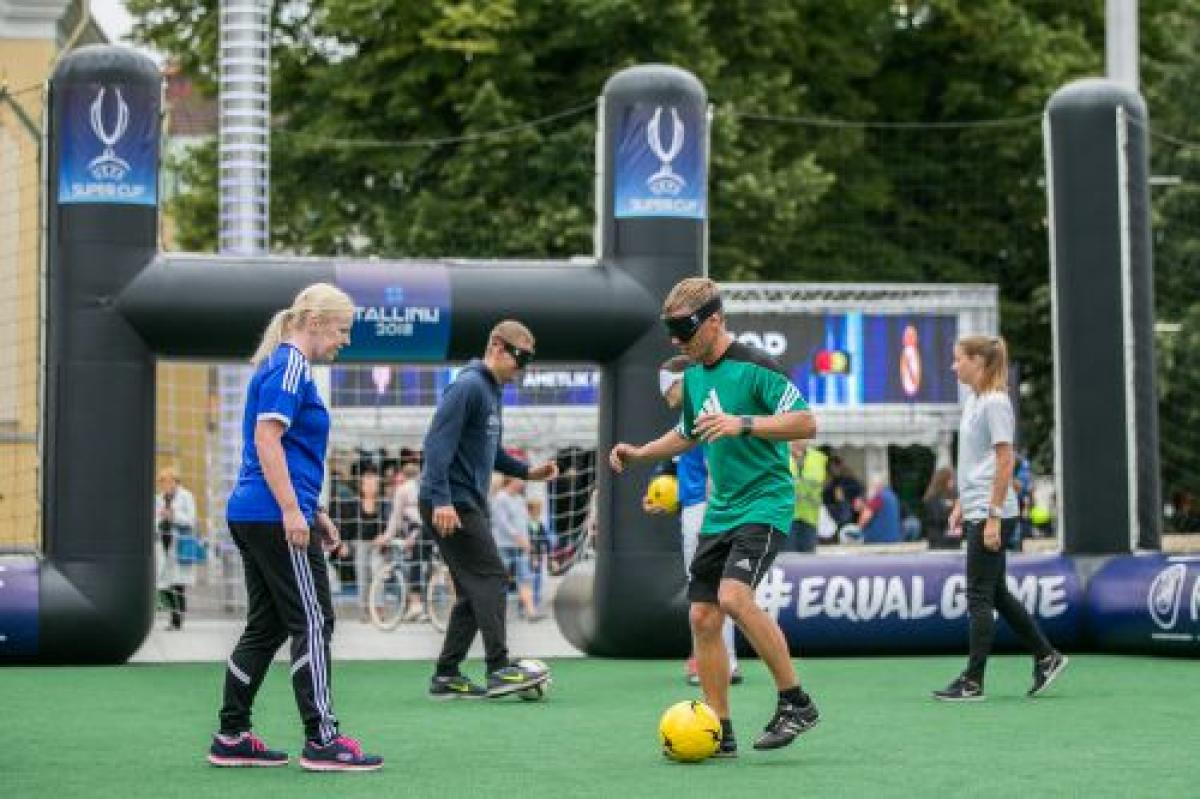 Blind Football was introduced to the Baltic region in Tallinn, Estonia, on 15 August with a workshop followed by an exhibition.

National Paralympic Committees, blind sports federations and unions from Estonia, Latvia and Lithuania were invited to the event which was held at the Kotka Stadium. The Estonian Football Federation also asked all of its clubs and coaches and a school for the blind from Tallinn – Helen’s School – to attend.

The workshop was hosted by Yannick Le Colvez, an experienced blind football coach with Cecifoot Girondins de Bordeaux and the French national team.

Gael Riviere, a French international, was also on hand as well as David Stirton, International Blind Sports Federation (IBSA) Blind Football’s Project Co-ordinator for the development of the game in Europe.

The session began with an introduction to the history, rules, participation and equipment used in blind football before a practical session dedicated to playing as a person with visionl impairment. Participants were then given an overview of coaching and tactics.

In the afternoon an exhibition was held at the Union of European Football Associations (UEFA) Fan Zone as part of the UEFA-backed IBSA Blind Football Development Project Europe.

Stirton said: “This is a fantastic opportunity to bring blind football to the Baltic region. Thanks to the support of the Estonian Football Federation the turn-out was great and the coaches really enjoyed learning about the game.

“We’re hopeful Latvia and Lithuania will take up the game also and we will see some great players emerge from the region. We’d like to thank the Estonian Football Federation and UEFA for the opportunity.”

Only in July the sport announced that it had donated 202 balls, 211 sets of cloth eyeshades and 39 sets of official black-out eyeshades to 19 countries between July 2017 and June 2018 thanks to the project.