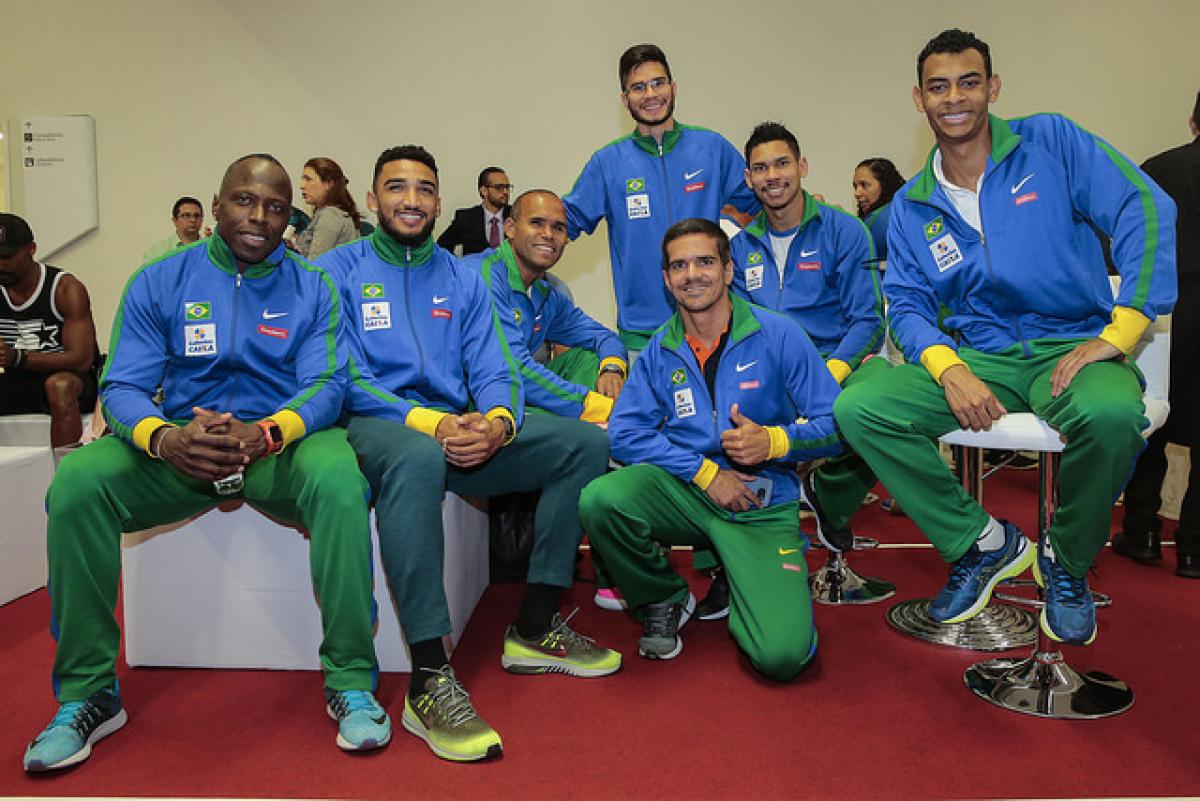 Members of the Brazil team for World Para Athletics Championships 2017.

ⒸCPB
By CPB and IPC

"We tried to establish strong qualification standards for the Worlds in order to travel with the strongest possible team and repeat our performance from Rio 2016."

The Brazilian Paralympic Committee (CPB) has announced the list of 25 athletes who will represent the country at the World Para Athletics Championships in London, Great Britain, from 14-23 July.

The delegation will be led by 12 Rio 2016 Paralympic medallists. Ten of them also represented Brazil at Doha 2015, whilst nine other athletes will make their debut at a World Championships.

The CPB set its own qualification marks for London 2017 based on the 2016 world rankings.

"We tried to establish strong qualification standards for the Worlds in order to travel with the strongest possible team and repeat our performance from Rio 2016,” said CPB President Mizael Conrado.

London 2012 champion Yohansson Nascimento, who will compete at his fifth World Championships in London, said: “New talents are coming up in all classes and I am happy to see that I am still getting better as well, even after a long career.

“I am also glad that I was able to meet such a strong qualification standard. It means that I am not travelling to London just to take part of the meet, but also to fight for the medals.”

Full delegation can be found on the Brazilian Paralympic Committee’s website.