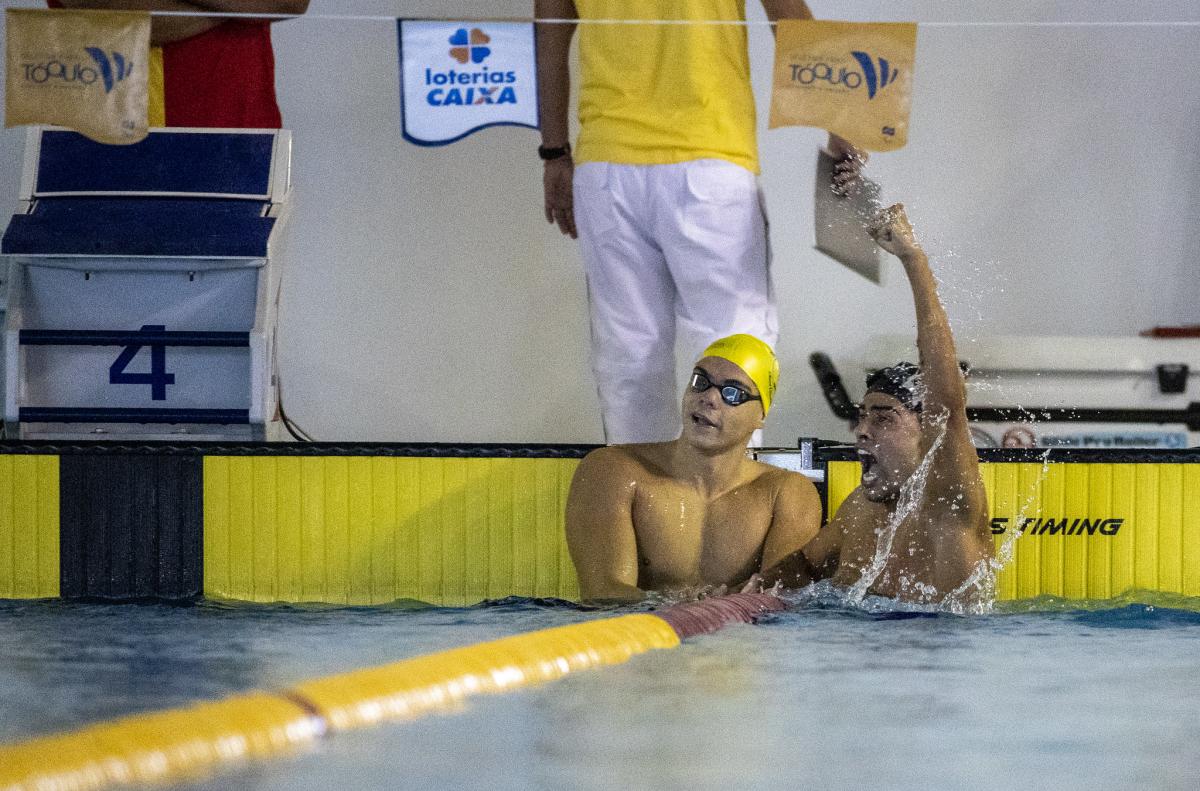 The event took place at the Paralympic Training Centre in Sao Paulo and ended on Saturday (5 June) with 58 participants.

Twenty-nine swimmers achieved the marks set by NPC Brazil to be eligible to represent the country at Tokyo 2020, 11 in women’s events and 18 in men’ events.

They are set to join the four athletes who were already qualified for the Games as London 2019 world champions: Carol Santiago (class S12), Daniel Dias (S5), Edenia Garcia (S3) and Wendell Belarmino (S11).

The four also took part in the Trials as a training event for the Paralympic Games, and Santiago set a new world record in the women’s 50m S12 (26.72)*.

Schnarndorf to go to third Games

In the same class, Gabriel Bandeira – who took six gold medals at the Madeira 2020 European Open Championships – is also qualified for the Games.

Ruan Souza in the men’s 100m breaststroke SB9 and Bruno Becker in the men’s 200m freestyle S2 were the other swimmers to achieve  the marks on the last day.

"The technical level was better than expected. We hadn't had a competition for a long time, and we didn't know for sure how the athletes would swim. It is a very young team and that is very important,” said the Brazilian National Team Head Coach, Leonardo Tomasello.

"I am extremely happy. I fight a battle every day because of my disability. I literally had to relearn to swim, but I never stopped believing in my dream," said Rio 2016 medallist Susana Schnarndorf, who will compete in her third Games.

The second day of trials, on Thursday (3), had the largest number of athletes obtaining the marks for the first time, 13 swimmers in total. On Friday (4), six athletes reached the qualification times in the 50m freestyle races.

The official announcement of the Brazilian delegation to Tokyo 2020 is set to take place at the end of the month.