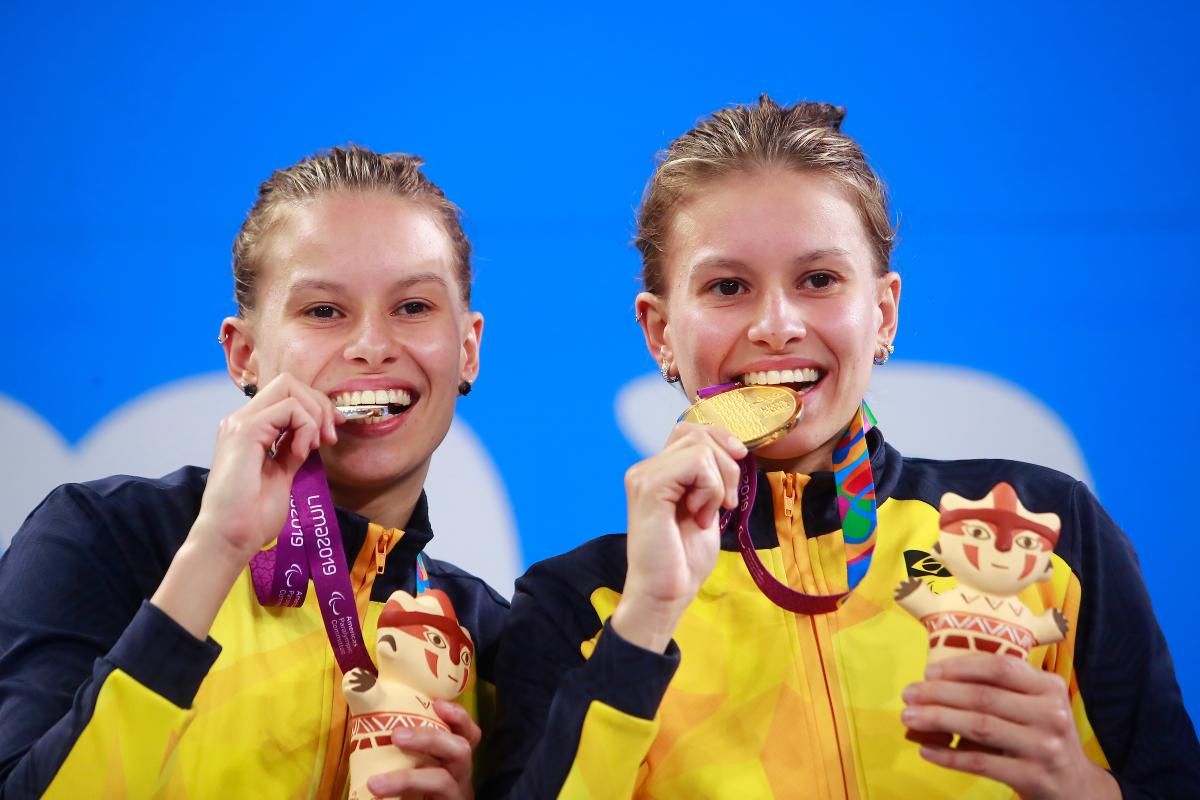 Brazil dominated the first day of swimming at the Lima 2019 Parapan American Games on Sunday with five gold medals helped by their most famous athlete and two young twin sisters.

When Brazil’s Beatriz Carneiro realised she had not won the women’s 100m breaststroke SB14, she said she was even happier than if she had claimed gold.

“When saw my sister Debora would beat me, my thought was ‘yes, Debora! Do it, beat me and show what we are capable of,” the 21-year-old said. 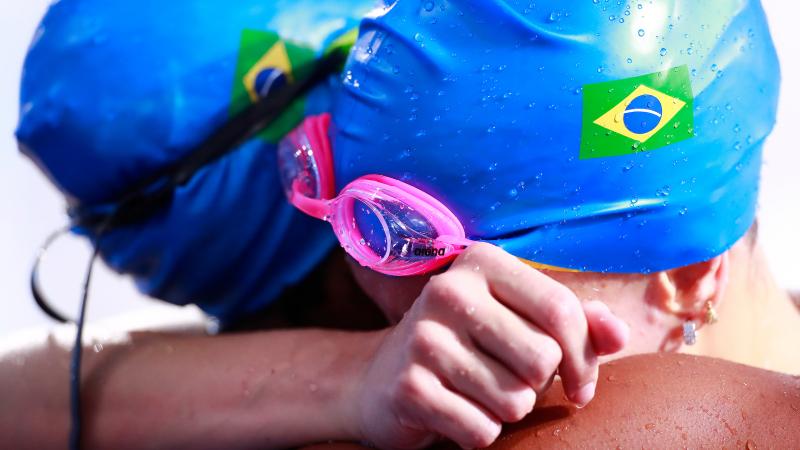 Gold medallist Debora Carneiro said she was not expecting the result.

“I never imagined that we would come here and see it happening. I felt so happy. Now I want us to win more medals together.”

Fourteen-time Paralympic champion Daniel Dias gave Brazil another victory in the men’s 50m backstroke S5 final. It was Dias’ 28th medal at Parapan Am Games – all of them gold. 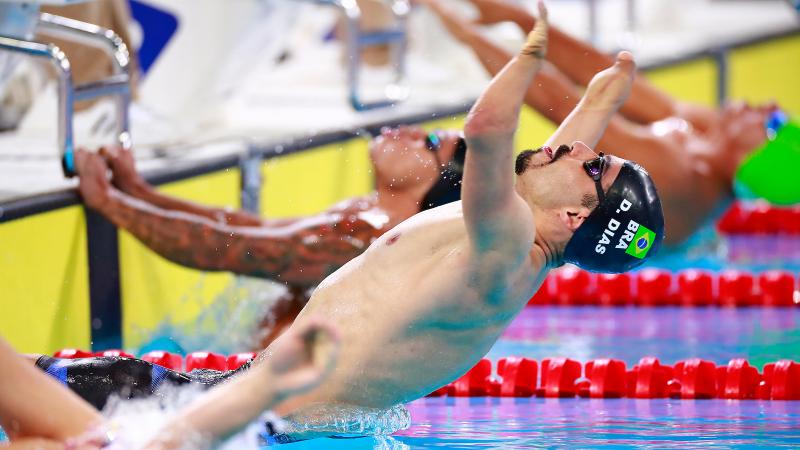 “It is always a special feeling to win a gold medal. I keep all my medals safe at home with my family,” Dias said. 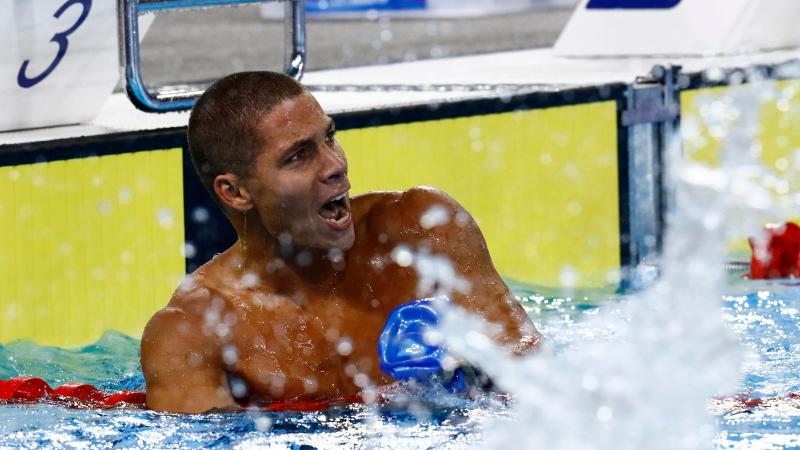 Mexico and USA finished the day with four gold medals each. The Mexican also celebrated the first Para swimming podium sweep of the Lima Games.

All swimming results can be found on the official Lima 2019 website.