Brazil has golden glow on first day of action in Rio

Paralympians made history across sports as the competition got off to a spectacular start. Here’s our round-up of some of the best of the action. 09 Sep 2016
Imagen 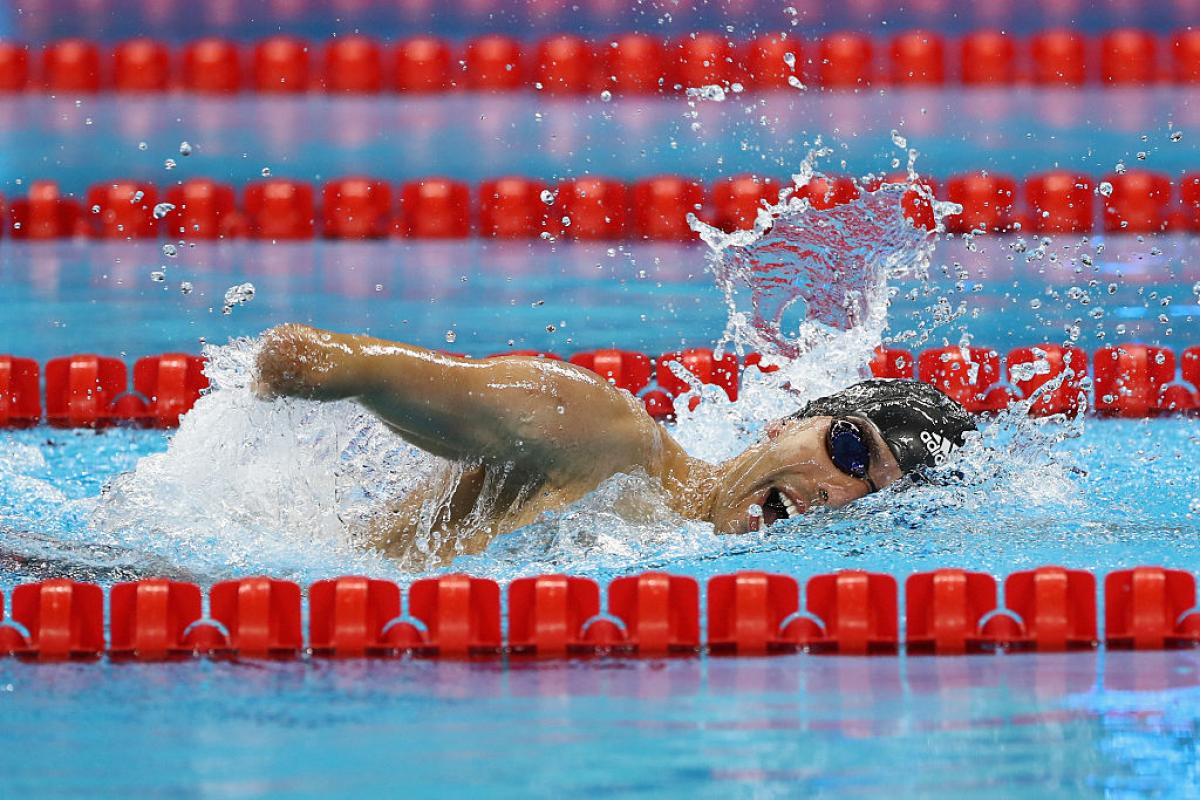 It was a golden start to the 2016 Paralympics for host nation Brazil as records tumbled on Thursday (8 September) during a dramatic first day of sport in Rio.

Brazil’s most successful Paralympian, swimmer Daniel Dias, took one step closer to becoming the most decorated male athlete of all time, winning his first gold in the men’s 200m freestyle S5.

The Carioca almost lifted the roof off the Aquatics Centre to cheer on their hero who is targeting a haul of nine gold medals during the Games.

In total, 13 world records were broken in the pool on day one, including eight in the finals.

Amongst those re-writing the record books were China’s Tao Zheng, who won the men’s 100m backstroke, and Lingling Song, who took the 100m backstroke S6.

Keting Le rounded off a trio of Chinese golds in the pool, while Great Britain’s Oliver Hynd broke the men’s 400m freestyle S8 world record for the second time this year to claim gold.

There was delight for the home crowd at the Olympic Stadium too where Brazilian long jumper Ricardo Costa de Oliveira won T11 gold with his final leap of the competition (report).

Earlier Kenya’s Samwel Mushai Kimani clinched the first Para athletics gold of the Games, outpacing Brazilian Odair Santos in the final lap of the 1,500m T11 to take the title in a personal best time of 15:16.11.

“First, I won the gold for myself, second is for my country and third is for my family,” said the 26-year-old, who also beat Santos to the 1,500m T11 Paralympic title in London four years ago.

In the men’s competition there was a surprise in the up to 60kg event as Uzbekistan’s world number one Sherzod Namozov defeated Azerbaijan’s London 2012 gold medallist Ramin Ibrahimov on his way to taking the Paralympic title.

Two new world records were posted in the powerlifting competition in both the men’s up to 49kg and women’s up to 41kg categories at Riocentro Pavilion 2 (report).

And, in the velodrome, it was Great Britain’s day as they secured three gold medals, including one for Sarah Storey, who became the country’s most-decorated female Paralympian of all time.

The 38-year-old, who had won 16 Paralympic medals as a swimmer before she took on para-cycling, once more dominated the competition in Rio (report).

On the opening day of the shooting competition, Slovakia’s Veronica Vadovicova and China’s Chao Dong claimed top honours at the Olympic Shooting Centre in Deodoro.

Vadovicova secured one of the first gold medals of the Games after an exhilarating R2 (women’s 10m air rifle standing SH1) final with Chinese pair Cuiping Zhang and Yaping Yan rounding out the podium with second and third respectively (report).

Meanwhile, history was made in the Olympic Arena, where the first African women’s wheelchair basketball team made their Paralympic debut when Algeria lost out 88-16 to China. In the same pool, the USA beat France 93-37.

The Canadian women held off Great Britain 43-36 in the women’s group A, with Canadian Janet McLachlan leading all scorers with 21 points. In the same pool, Vileide Aleida dropped a game-high 31 points to lead the Brazilian women with a convincing 85-19 victory over neighbours Argentina.

The Iranian men’s wheelchair basketball team held off Germany 69-63 in the men’s pool B. Despite a gutsy comeback attempt by the Germans, who were down by 10 at the half, Iran went on an 8-3 run with six minutes remaining to pull away and take the victory.

Turkey began their quest for gold in the men’s group A play with a 65-49 win against Japan. Standout guard Ozgur Gurbulak led the Turkish side with a game-high 25 points, while Reo Fujimoto led the Japanese side with 22. Australia, drawn in the same pool, showed their strength, taking a 70-50 win over the Netherlands, and Spain defeated Canada 80-46.

In the Men’s Football 7 competition, there was an opening-day victory for hosts Brazil who beat Great Britain with first-half goals from Leandro Goncalves do Amaral and Maycon Ferreira de Almeida. Great Britain scored a second-half consolation through David Porcher.

In the other Group A match there was a comprehensive 6-0 win for Ukraine over Ireland. And in Group B, Iran eased to a 3-1 victory over Argentina. In the late kick-off, the Netherlands drew 2-2 with the USA.

There was more success for the hosts in Goalball, where teenager Victoria Amorim stole the headlines, scoring six of Brazil’s seven goals in their victory over the USA. The match ended 7-3 to Brazil.

Meanwhile, there was more for the home crowd to cheers as Brazil’s men held off a gallant fightback from Sweden to secure a 9-6, having been 6-1 ahead at one stage.

Elsewhere in the men’s competition there were wins for Germany (10-0 versus Algeria) and Lithuania (13-6 versus Finland). In the women’s competition, China beat Australia 5-2 and Japan vs Israel ended in a 1-1 draw.

Riocentro Pavilion 3 played host to the opening day of competition in the table tennis where there was a full day of first round fixtures in the men’s and women’s singles.

More than 1.7m tickets have now been sold for the Paralympics – the second highest in history. Although about 800,000 tickets are still available, both weekends of action in the Barra Olympic Park have now sold out. 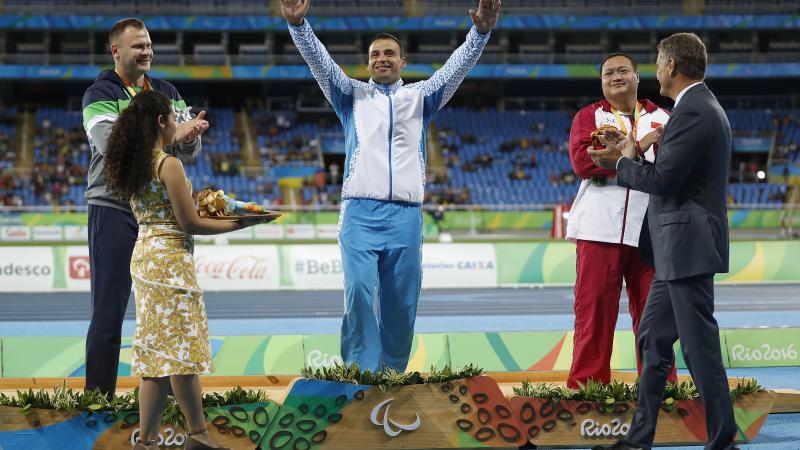 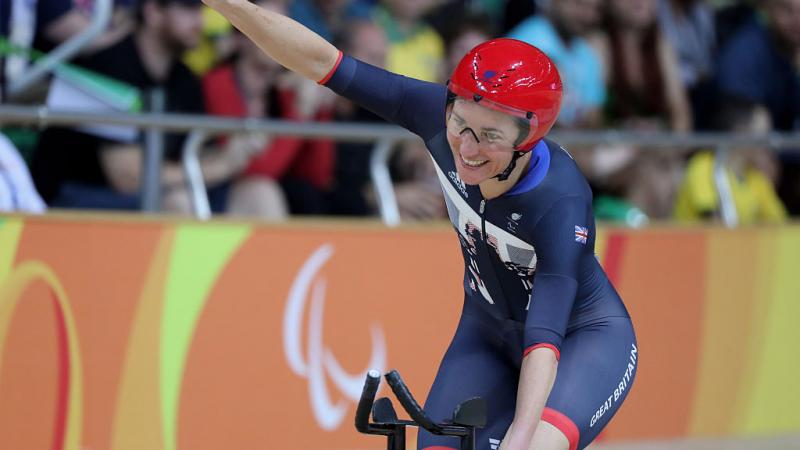 Rio 2016
What a Storey for Britain in velodrome