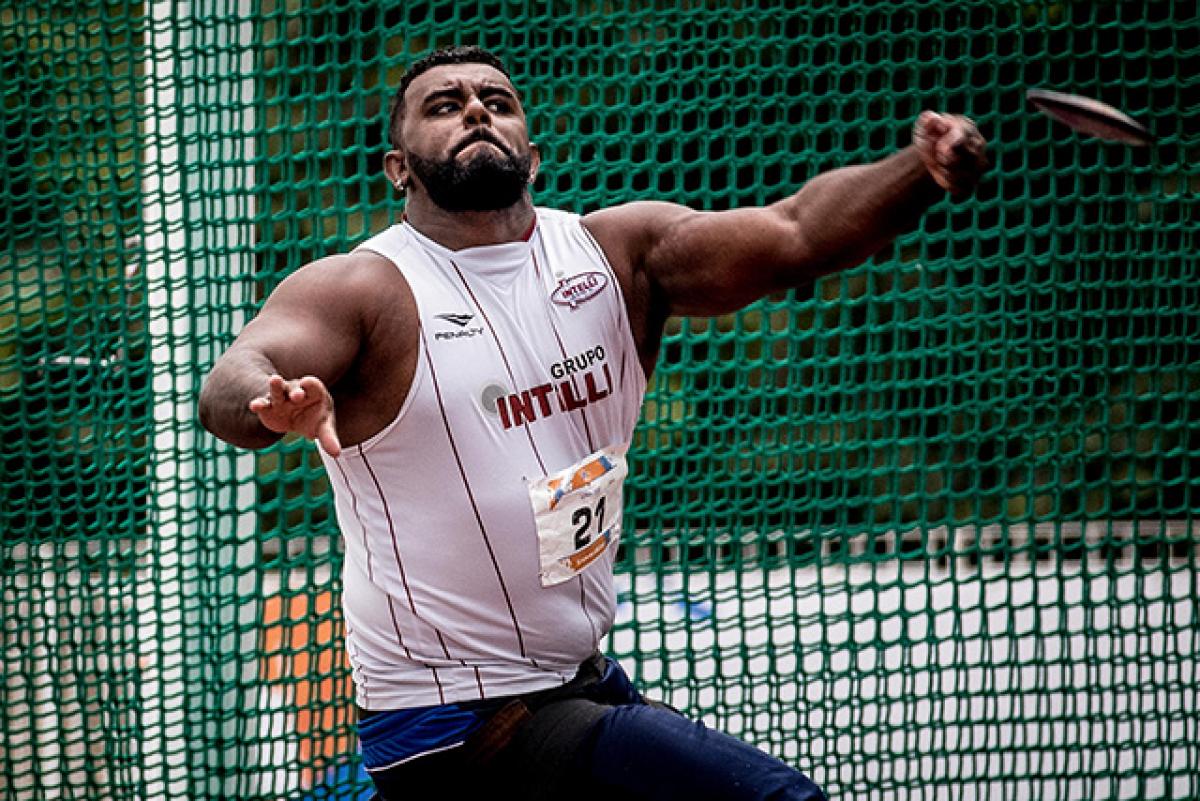 Paulino, who lost his left leg in a motorcycle accident in 2010, reached 48.04m with his first attempt – adding 36cm on to his previous record which he set last year.

"I am very happy because I have worked pretty hard for this result,” said Paulino, who finished fifth in the F57 shot put at Rio 2016. The discus throw was not in the Games' programme last year.

“I got a bit frustrated because I could not get a medal at Rio 2016 last year, but I started working right after the Games for the discus throw event.

“Achieving such a great outcome right in the first competition of 2017 gets me confident in the lead-up to the World Championships," he added.

In the afternoon session, Caio Vinicius won the men's T12 shot put with a 15.43m throw – a mark which puts him top of the 2017 world rankings. But the Brazilian still needs to improve to at least 16.12m in order to secure a seat on the plane to London.

Brazilian Paralympic discus F56 champion Claudiney Batista came out on top in the javelin F56/57 thanks to his fourth-round effort of 40.95m; Rafael Mateus managed 21.65m in the club throw F31 while in the discus F57 Roseane Ferreira added 5cm on to her Brazilian record with a best of 25.21m.

The host nation continued to impress as Izabela Campos threw 10.04m in the shot put F11, Elizabeth Gomes managed 16.10m in the discus F55 and Sonia Maria Pereira registered a best of 9.63m in the discus F53.

There were a number of 100m races out on the track on the opening day of competition.

In the women’s sprints Lorena Salvatini Spoladore got the better of former Paralympic champion Terezinha Guilhermina in the 100m T11. The 21-year-old, who was part of Brazil’s 4x100m T11-13 silver medal-winning quartet at Rio 2016, clocked 12.59 with Jerusa Geber (12.71) in second place and Guilhermina (12.74) in third.

In the women’s 800m T11 Renata Bazone looked in great shape, finishing in 2:31.22, just 0.11 off the world leading time of South Africa's Louzanne Coetzee. She also secured a spot in the Brazilian team heading to London.

The second day of competition at the Sao Paulo Grand Prix continues on Saturday (22 April) at the new Brazilian Paralympic Training Centre.

All the latest results can be found here.